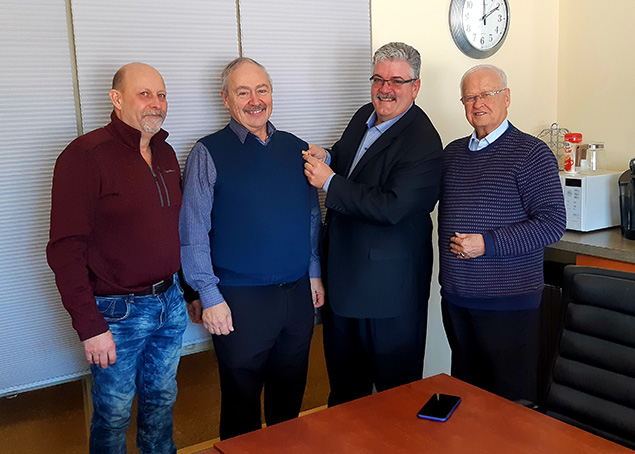 It seems the mayor of the City of Clarence-Rockland has had a change of heart when it comes to the work of the Association francophone des municipalités de l’Ontario (AFMO). He has moved from the position of saying the organization had no benefit Clarence-Rockland to becoming a member of its board, all in the space of 48 hours.

The City of Clarence-Rockland issued a statement from Mayor Guy Desjardins on Wednesday, January 30 in which the mayor stated that as the municipality was looking for ways to save money and reduce the tax increase for its residents, it had been mentioned that the municipality “might consider not renewing our membership to AFMO) next year.”

But on Friday, February 1, a short press release from Clarence-Rockland stated that the mayor had joined the AFMO board.

The February 1, 2019 press release stated, “The meeting between Mayor Guy Desjardins and the Association francophone des municipalités de l’Ontario was so positive that he accepted a position on their board of directors. By joining the AFMO board of directors, Mr. Desjardins wants to get more information about the services given to members as well as facilitate discussions with the Government of Ontario.”

On January 30, Desjardins pointed out that the municipality receives good service from AMO (the Association of Municipalities of Ontario), including a wide range of information and views on a variety of municipal subjects. The information and courses offered by AMO are in English, said the mayor, but added that the municipality uses the information to better inform its residents and does so in both official languages. AMO conferences also include providing access to provincial ministers to present infrastructure projects and the need for funding, something which he said is not part of what AFMO does.

“I have to be frank; we did not receive any benefit or service last year. My thoughts on the subject was not to cut a membership to a francophone organization but to a membership of an organization that doesn’t give us any benefit at the moment. As mentioned above, we already renewed our 2019 membership. I therefore invite the AFMO to offer municipalities services and concrete projects that will help us improve our French services.”

In 2017, the United Counties of Prescott-Russell (the UCPR) was reviewing its membership fees with organizations. The UCPR fees to belong to AFMO were $5,887.

You can read that story here, which outlines AFMO’s financial difficulties and how it was trying to recover.