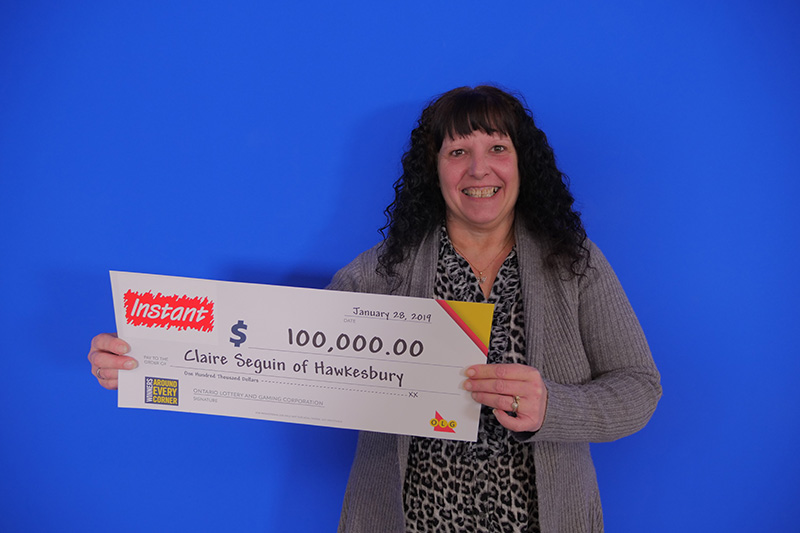 Claire Seguin of Hawkesbury is celebrating after winning a $100,000 prize with Instant Ultra (Game #2053).

On her way to get a friend’s birthday gift, Claire stopped and purchased a few INSTANT tickets. “I had two non-winners, then I scratched the INSTANT ULTRA ticket and won $100,000,” recalled Claire. “When I told them, my friends didn’t believe me!”

The mother of one, plans on doing some home renovations – installing a new floor after having the same flooring for 25 years and new counter tops.

The winning ticket was purchased at Shoppers Drug Mart in the Hawkesbury Mall on Spence Avenue in Hawkesbury.