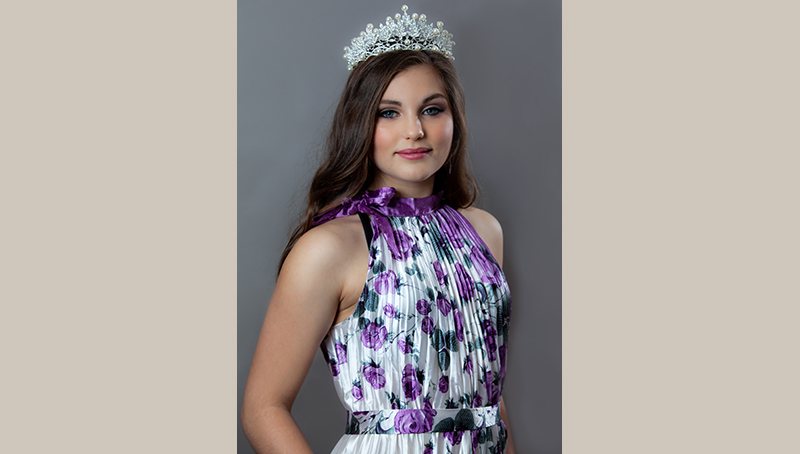 It might be time to set aside some of those ideas you had about beauty pageants. As coach Lynn Gauvreau speaks about Kaleigh Allard, who is Miss Teen Prescott-Russell 2019, the focus seems to be more on confidence-building, and connecting with young people to encourage them to get involved in their communities and interact with each other in person — not in virtual ways.

The two visited The Review recently to talk about what it means to be Miss Teen Prescott-Russell.

Fourteen-year-old Kaleigh Allard of Hawkesbury says she wants to help her community, voice her opinions and encourage teenagers to get their own viewpoints out there. There is so much school-related stress for students these days, she says.

Coach Lynn Gauvreau, who has her own line of beauty products and brings with her practical experience at pageants, says that today’s teenagers are facing lots of challenges.

Athletic and sports programs are being cut, arts and music programs are being cut and the result, she says, is that kids who may become disenfranchised can find themselves in the wrong places. Kaleigh, she says, is an involved high-school athlete and that is part of the message she will take with her into the community. One such appearance in the works is meeting young people in Hawkesbury during Family Day activities.

Gauvreau says that a big part of the role of Miss Teen Prescott-Russell is to find ways to get girls more involved and get young people interacting with each other.

Kaleigh, a Grade 9 student at Vankleek Hill Collegiate Institute, will be competing at the regional level to become Miss Teen Ontario East at an upcoming competition in Renfrew in early May 2019. Gauvreau says that a pageant can be a boom to local tourism and that the young women can act as ambassadors for their respective regions.

The pageant for teens has a judging system that includes a quest for a well-rounded teenager, including athletics and academics.

Kaleigh says that peer pressures and the challenges of stress for high school students are constant. Stress can be compounded by marital breakdown of a student’s parents which can cause grades to drop, or there can be financial pressure, thoughts about university or college and/or the need to find a part-time job. Students are starting early to think about what they want to do after high school, she said.

Kaleigh says her mother, grandmother and brother are very supportive of her being Miss Teen Prescott-Russell. She is involved in basketball, soccer and intramural sports at school and is considering post-secondary studies in a medical field, mentioning criminology.

While there is the personal development side of the competition, there is also the glamour – the fashion, the tiara and the make-up – to create the look.

“Fashion is fashion,” said Gauvreau, who said during the interview that a professional make-up and photo session would be happening within the next week and promised to send photos (you can see them as part of this article). 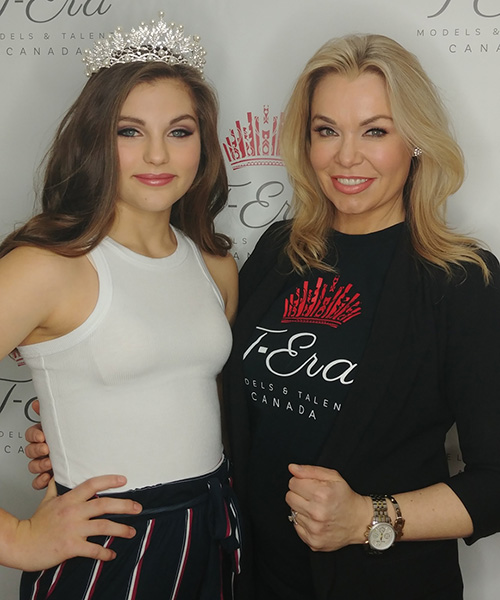 Kaleigh said that one message she wants to bring to teenagers is that when things are hard, you can push through it.

“You have to plow through it,” she said, mentioning that she was diagnosed with diabetes but she has not let that prevent her from participating in sports and doing what she likes to do.

Gauvreau had originally planned a larger competition for the local level of Miss Teen Prescott-Russell, but she said that it did not come together as planned and hopes that seeing Kaleigh move through the competition will show people more about the process and the competition itself.

If Kaleigh is named Miss Teen Ontario East, she will compete at the Miss Teenage Canada in Toronto, where provincial winners are also selected.