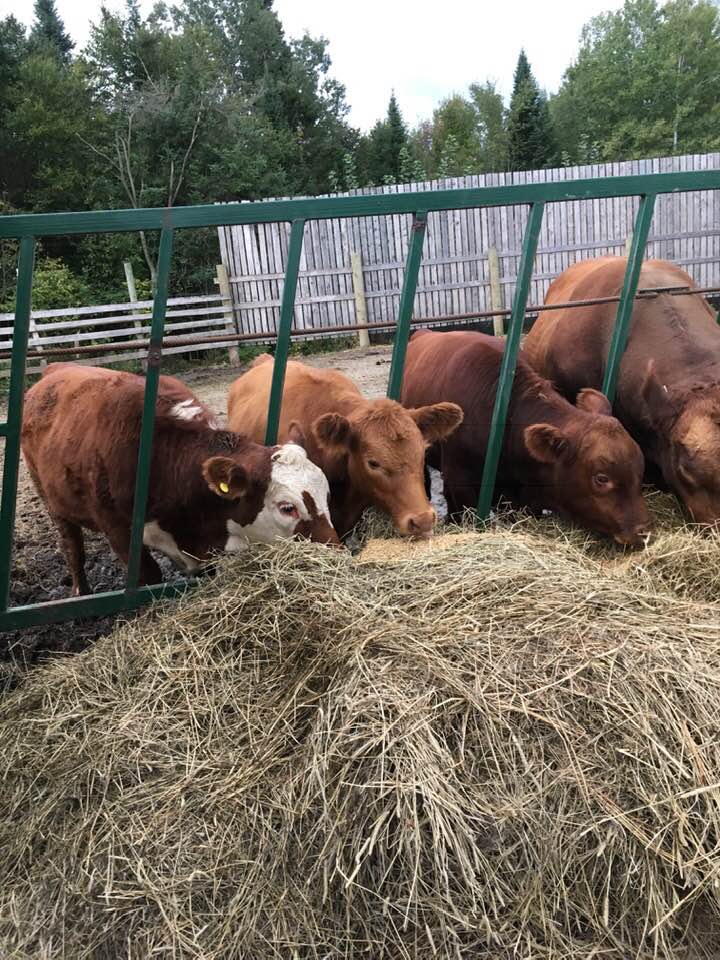 UPDATE December 31, 2018: Stolen livestock, left neglected in a pasture, have found their way back to their owner, but a few of the stolen animals are still missing, according to police, who had been investigating a livestock theft since September 2018. The police were able to locate the stolen cows, being pastured locally, after three of the stolen, branded animals turned up at the local sale barn.

The Hawkesbury Detachment of the Ontario Provincial Police (OPP) have been investigating a theft of livestock which began in the late September 2018. The incident was first reported to the Sureté du Québec (SQ) in Ferme-Neuve near Mont Laurier, Quebec, on September 19, 2018, where sixteen (16) cows were reported stolen by the owner. The Hawkesbury OPP were made aware of the theft on September 26, when three of those stolen cows were brought to the Livestock Exchange Auction in Vankleek Hill to be sold. The total value of the stolen animals is estimated at more than $30,000.

Constable Vandergoten of the Hawkesbury OPP began an investigation which quickly revealed that the cows were in fact stolen from Ferme-Neuve, Quebec. An exhaustive investigation led the officer to locate the cattle in early November, at a property on Aberdeen Road in the Township of North Glengarry. It was determined that a pasture was rented for the stolen livestock, and that the animals were neglected and had lost a lot of weight. The investigation resulted in the recovery of ten (10) additional cows belonging to the owner of Ferme-Neuve, QC. Two cows and a calf are still missing. Owner Guillaume Lachaine is offering a $1,000 reward for information if it leads to the recovery of the missing livestock.
You can find out more on Lachaine’s Facebook page.

The three remaining animals have been branded with “IJ”, according to police.

On December 2, 2018, the investigation led to the arrest of a 34-year-old male of La Grande-Montée Road in the Township of East Hawkesbury. He is charged under the Criminal Code of Canada with:

A 53-year-old woman of La Grande-Montée Road in the Township of East Hawkesbury, was arrested and charged under the Criminal Code of Canada with “Possession Property Obtained by Crime Over $5,000 – in Canada”.

They were both released and scheduled to appear at the Ontario Court of Justice located in L’Orignal on December 19, 2018.

Thirteen (13) cows estimated at over $26,000 were recovered and returned to its owner in Ferme-Neuve Quebec, but three (3) with the brand “IJ” stamped on the back, is still missing.

The Hawkesbury OPP continue to investigate and is asking the assistance from the public to locate the branded cows. Anyone who has information on this matter or knows the whereabouts of these animals, please contact Constable Vandergoten at the Hawkesbury O.P.P. at 613-632-2729 or 1-888-310-1122.