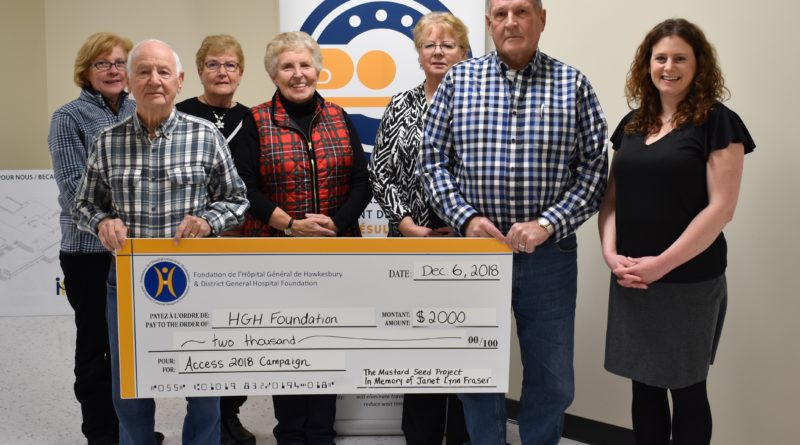 The St. Andrew’s Ball, a fundraiser for the Mustard Seed Project, held on November 17, 2018 at the Bonnie Glen Pavilion in Alexandria has raised $2,000 for the HGH Foundation’s Access 2018 Campaign.

The event is an annual fundraiser for the Mustard Seed Project, which was established to celebrate and honour the life of Janet Lynn Fraser, who passed away on September 10, 2016 at the age of 41, after a battle with cancer. Fraser’s grandmother had given her a mustard seed in Sunday School many years ago and Janet Fraser kept and treasured it throughout her life.

The Fraser family chose to make this donation to the HGH Foundation to honour the wonderful care Janet received at the Hawkesbury and District General Hospital (HGH) as well as to support diagnostic imaging services at HGH for others who suffer from cancer.

The HGH Foundation wishes to thank the Fraser family for this amazing contribution to the Access 2018 campaign.

The Access 2018 campaign will help provide the HGH with two pieces of state-of-the-art equipment, a new CT scanner and a magnetic resonance imaging (MRI) machine. The campaign objective is 4 million dollars. As of today, the campaign has reached 90% of the goal.

submitted has 903 posts and counting.See all posts by submitted 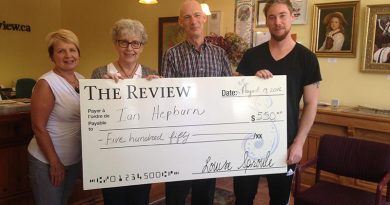