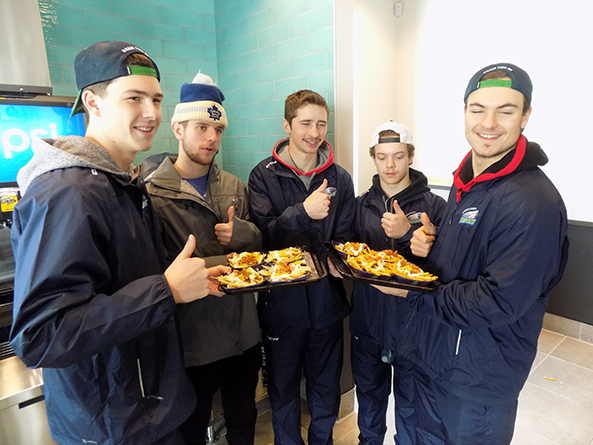 There’s a new place for a quick meal in Hawkesbury.

Taco Bell, the fast-food taco and Mexican-inspired chain has opened its new location on Spence Avenue, next to Shoppers Drug Mart.

On Friday, November 23, the restaurant was open for invited guests and the media only.

Taco Bell is part of Soul Restaurants, the same company that owns the Canadian rights to Pizza Hut and KFC-Kentucky Fried Chicken. According to Alexandra Grudkin, the Development Manager for Taco Bell Canada, “Taco Bell is growing again,” and “Hawkesbury is one of those cool markets.” Grudkin said most new Taco Bell restaurants are opening up in larger centres, but company research discovered that Hawkesbury has the right amount of demand and economic conditions.

Soul Restaurants Director of Operations and Restaurant Excellence Sumeet Arora said the Hawkesbury Taco Bell is located in a good part of town because it has residential and commercial areas, along with the hospital. He is hoping the restaurant becomes a popular place in the community.

Hawkesbury already has several other fast-food locations, including McDonald’s, A&W, Thai Express, KFC, Burger King, Tim Horton’s, and St-Hubert Express. Arora said they are not concerned about having too much competition in town though. He noted how people were waiting outside in the cold to get in before the opening event began. The lineup prompted management to hold the official ribbon cutting half an hour before it was scheduled to take place. Arora described Taco Bell’s food as “flavourful,” and “unique.”

The Hawkesbury Taco Bell has 25 to 30 part-time and full-time employees. It is currently the only Taco Bell location between Ottawa and Montréal.

Taco Bell was founded by Glen Bell in California, in 1962. There are now over 7,000 locations around the world.