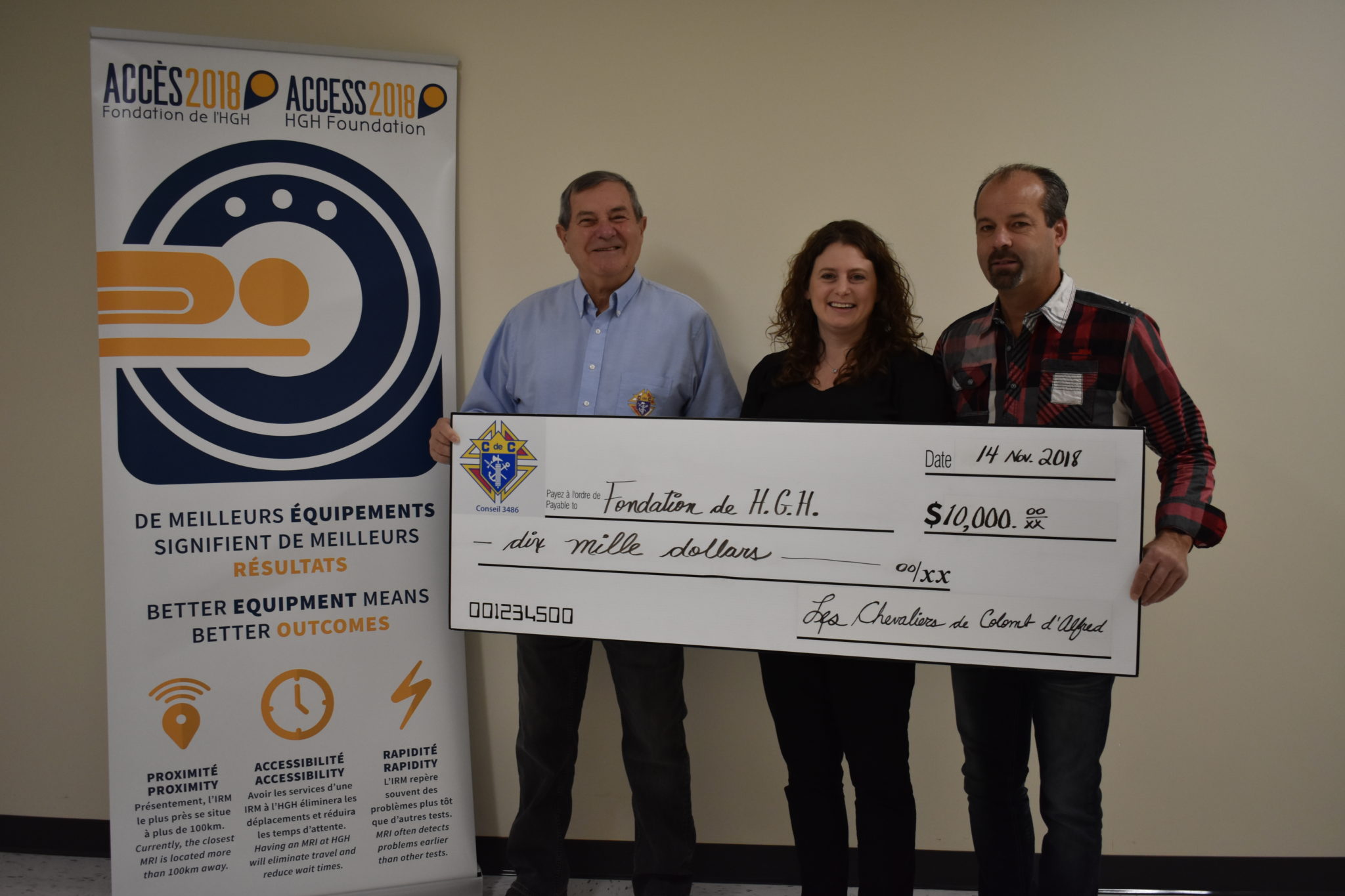 The Knights of Columbus of Alfred (Council 3486) has made a $10,000 donation to the Hawkesbury General Hospital (HGH) Foundation’s Access 2018 Campaign in support of the purchase of a new CT scanner and MRI machine for the Hawkesbury and District General Hospital (HGH). This is the second donation the group has made to the Access 2018 Campaign, following its donation of $3,000 last year and members  have been long-time supporters of the HGH Foundation.

The Access 2018 campaign will help provide the HGH with two pieces of state-of-the-art equipment, a new CT Scanner and a magnetic resonance imaging (MRI) machine. The campaign objective is 4 million dollars. As of today, the campaign has reached 90% of the goal.

The CT Scanner and MRI are used to quickly diagnose and treat health conditions such as tumors, heart problems and strokes. Currently, patients have to travel to a city hospital for MRI exams. Once operational, the machines will be used approximately 15,000 times per year.