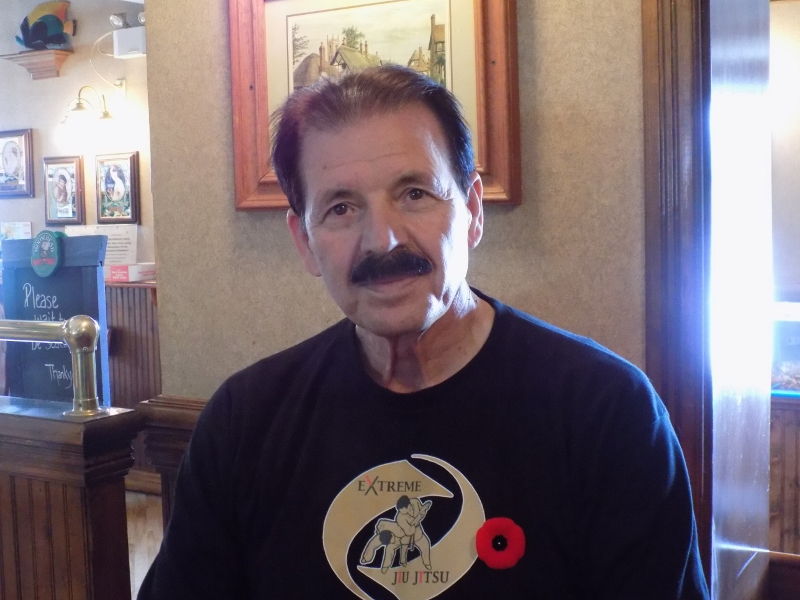 A Greek-Canadian martial arts expert with connections in Hawkesbury recently shared thoughts of his decades practicing and teaching jiu-jitsu and kickboxing.

Costas Liacopoulos of Athens was back in the region to attend the Capital Conquest, an event to celebrate the 50th anniversary of the Therien jiu-jitsu school in Ottawa.

Liacopoulos’ martial arts career started in 1965 when he began three years of service in the Greek army.  Greece was a military dictatorship in those days so the army ran the country. He was trained in various martial arts techniques and trained other soldiers.

In 1968, he emigrated to Canada, and worked in restaurant kitchens across the country. He became a Canadian citizen in 1973.

In 1976, Liacopoulos received his black belt in jiu-jitsu and was the Canadian kickboxing champion in 1978. He earned the same honour in Greece in 1980.

Locally, he taught jiu-jitsu in Hawkesbury and said many students still recognize him whenever he’s in town. One of his students was Hawkesbury OPP Constable Raoul Doucet.

His work with police officers is more significant in his home country.

“Every police officer in Greece was trained by me,” he said.

“They were not very well-trained for fights in bars, they all got beaten up,” he commented.

There are about 5,000 varieties of martial arts today and they are always changing, according to Liacopoulos. The more familiar ones like karate, judo, and jiu-jitsu are Japanese, and tae-kwon-do is Korean. Brazilian jiu-jitsu is a South American adaptation of the Japanese form.  Can-Ryu jiu-jitsu is a variation commonly used in Canada, including by Liacopoulos.

There are various degrees in martial arts. Liacopoulos said he has eight degrees and knows 12 different styles.

Serious martial arts practitioners—and professors, as Liacopoulos styles himself, never really stop practicing. “I practice day and night; even in my sleep, I practice,” he said.

That non-stop practice is because to people like Liacopoulos, martial arts are as much about the mental as the physical. He said it liberates the mind and makes it more open.

For spectators, seeing people kick, chop, and drop each other looks awfully painful. Liacopoulos sees it differently. He said, “Pain is to help you, use it as your friend.”

Making friends with pain is about achieving balance in life

To Liacopoulos, making friends with pain is about achieving balance in life. “Anything that’s too much is no good,” he explained about creating physical and emotional balance.

He completely embraces the physical and mental aspects of martial arts in every aspect of his life. To him, that total embrace is a driver of human decency and respectability. “Everybody has to be responsible for themselves,” he explained.

After 53-years of jiu-jitsu and kickboxing, Liacopoulos does not have the appearance of a 72-year-old man. He showed his driver’s licence stating his birthday as May 10, 1946 as proof of age.

When he’s in this region, Liacopoulos makes his home at Stephanie’s Grill, Bar, and Motel in Hawkesbury. He greatly appreciates the generosity of its owner, Andreas Polititis. “I like this guy, he’s always been there,” said Liacopoulos.

Back in Greece, Costas Liacopoulos has two daughters from his first marriage who are also martial arts instructors. His second wife, Kallioph Meintani, is also there and she has three martial arts degrees as well. 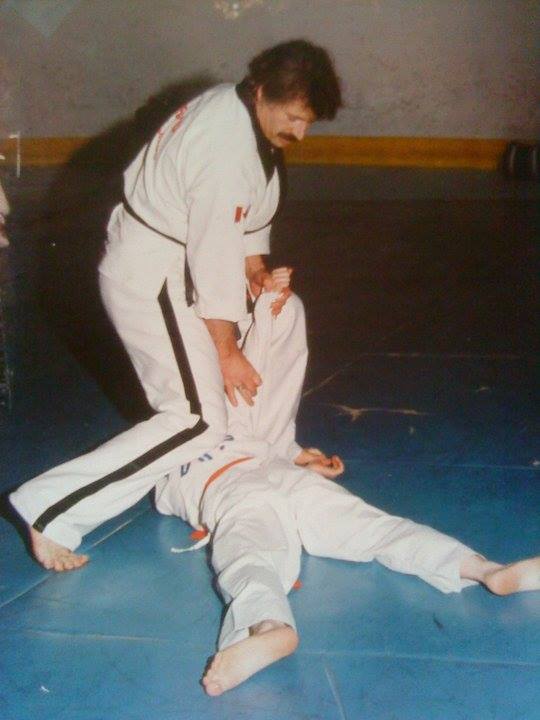 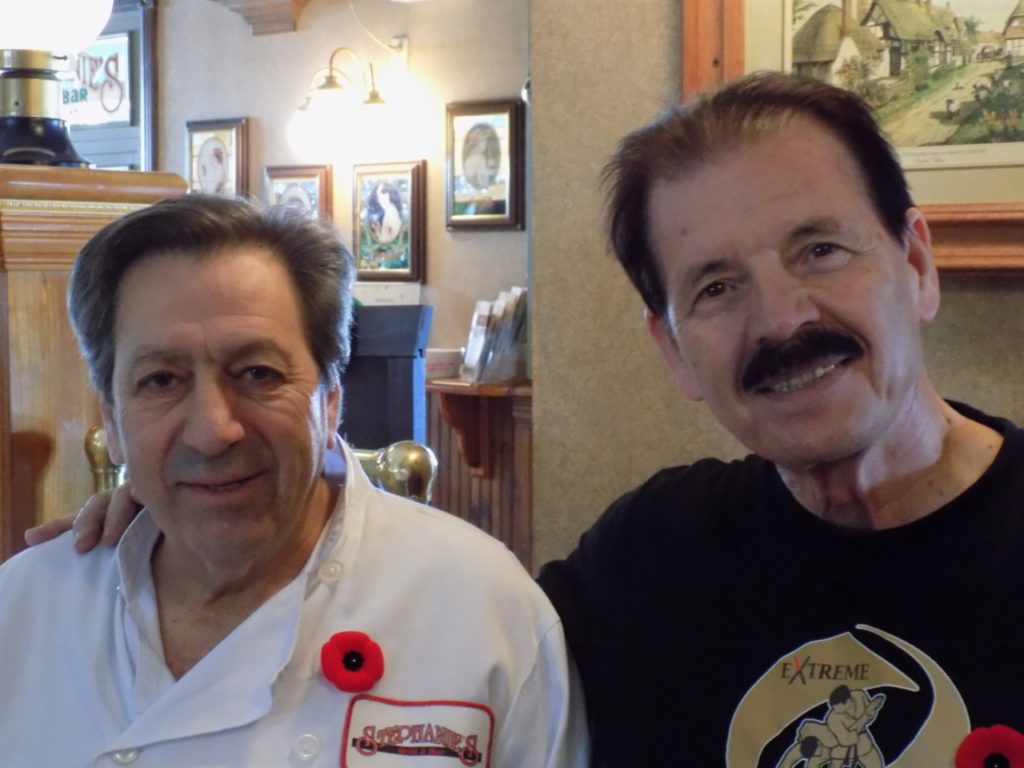