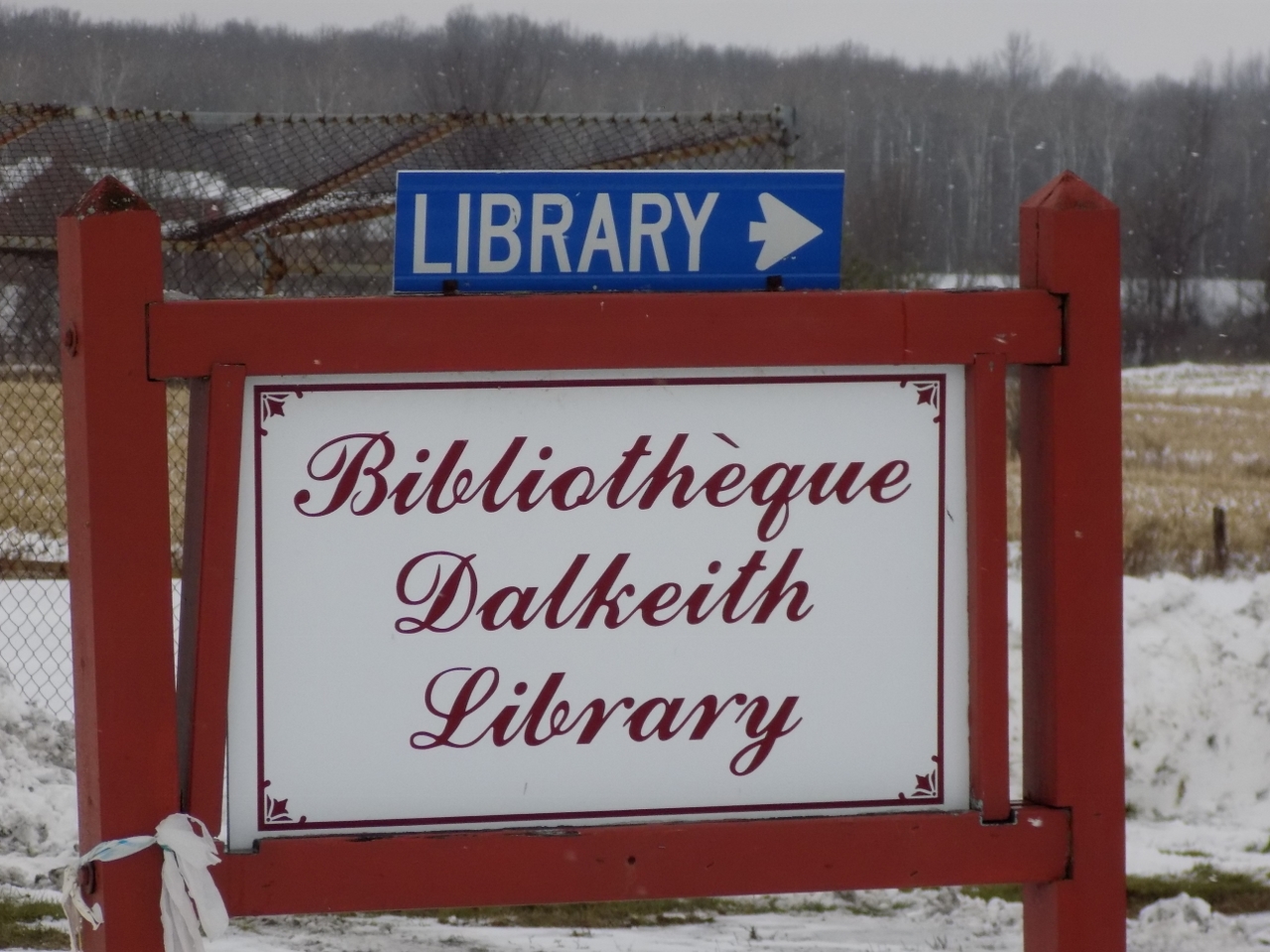 Since 2016, Dalkeith…Plus a Library and More! has provided a local library, cultural activities, and a social space for Dalkeith and the surrounding Lochiel ward in North Glengarry.

A library has been inside the former school on County Road 23 since 1978, but in 2016, the Stormont, Dundas, and Glengarry county library system decided to close the Dalkeith branch, citing low use. The closure did not sit well with several community members and they decided to revive their local library on their own.

One of those residents was Brenda Noble, who is the volunteer manager of Dalkeith Plus.  She and 14 other residents re-started the library from scratch. The county had taken the 4,500-book collection, the shelves, furniture, and audio-visual equipment. The rooms were empty.

Noble’s passion for this community project is strong. She also recently won the Lochiel seat on North Glengarry council in October’s municipal election. She said it was a relief to find out she could still volunteer for Dalkeith Plus and serve on council at the same time without any conflict of interest.

The volunteers started by accepting donations of books and furnishings to get their little library up and running. Today, Dalkeith Plus has 7,000 books and 118 volunteer members. Noble said about 20 of those people are regularly active at keeping the facility running.

Leo Lehtiniemi has volunteered for Dalkeith Plus since the beginning. “There’s a need to keep the community together and vibrant,” he said.

The volunteers and users are members because everyone pays a yearly membership fee to use the facility. It costs $25 to join the first time, and then $10 to renew the membership each year. Noble said the membership fee makes Dalkeith Plus more like a club but having the obligation to pay a small amount and feeling compelled to volunteer time creates a sense of responsibility for people wanting the facility to succeed. “If you have a little skin in the game, you’re going to care about it more,” Noble said.

Dalkeith Plus’s volunteers and members are its lifeblood. The Township of North Glengarry contributes about $10,000 per year to cover the heat and hydro bills, and have the grass is mowed and the snow cleared. There are no paid staff, and none of the local volunteers have backgrounds as librarians. Susan Dewar of Ottawa, a retired librarian with the Ottawa Public Library, volunteered and set up the cataloguing system. It’s the same as what is used in any other public library. Fiction is listed according to the author’s last name, and non-fiction is catalogued using the Dewey Decimal System. There’s also a large collection of books in French, and Dalkeith Plus still has access to the inter-library loan service of the county public library system.

Dalkeith Plus offers services and cultural events that go beyond books. Visiting authors have given talks, movies have been shown, and there’s a popular annual “Touch A …” series where participants could touch cows, trucks, and coming up in 2019, various pets. “I still believe we are meant to be a place for education,” said Noble.

Dalkeith has no store, barber shop, garage, or restaurant. Those are the unofficial gathering places in many communities for people looking for conversation with their neighbours. Dalkeith Plus has filled that need. For instance, there’s a “Man Night” where local men gather to talk and play cards.

There is also a vegetable garden outside in the summer, and local art is usually on display inside year-round.

Dalkeith…Plus a Library and More! is open from Wednesday to Saturday.