Emotion-filled vigil brings community together in grief and support 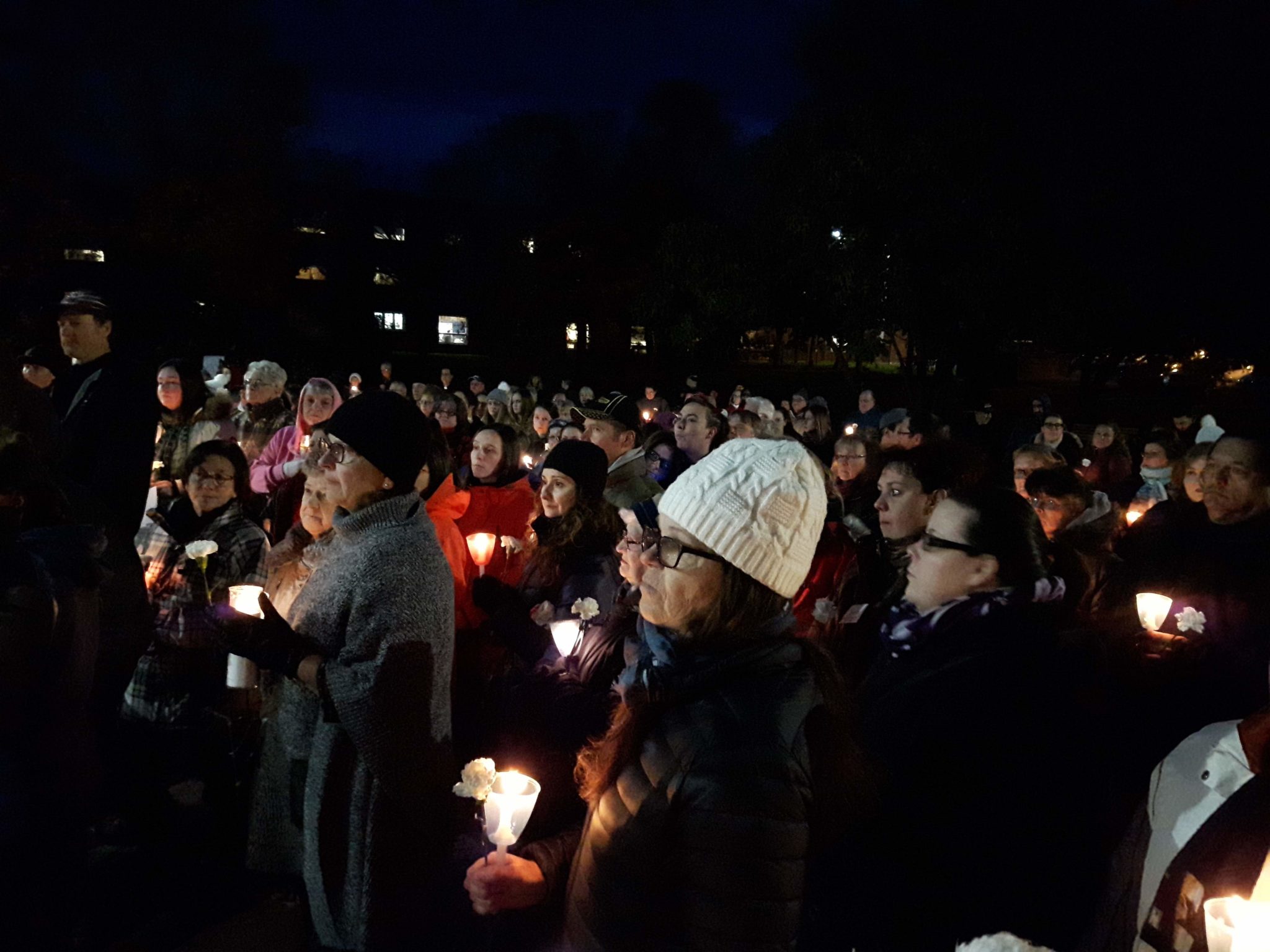 About 300 people attended a vigil last Wednesday, when a community gathered in memory of 26-year-old Emilie Maheu of Green Valley. That sentence doesn’t convey the emotion visible on the candle-lit faces and the sense of togetherness palpable in the crowd at the Grotto in Alexandria.

The community has been in shock since the news of Emilie’s death was made known.

Emilie Maheu was first reported missing on October 11, but her body was found in a field near Lancaster two days later. A 25-year-old Nova Scotia man has been charged with first-degree murder of his former partner. The young woman was the mother of a 22-month-old daughter.

Some family members, friends, co-workers and others placed flowers, teddy bears and other items near Maheu’s photograph. Candles were provided to everyone at the vigil.

The press was asked to give family members privacy at the event. But in the end, one family member spoke and words of appreciation from the family were shared with the more than 300 who attended the vigil.

Event organizer and emcee Dr. Suzanne Filion guided people through the brief ceremony, introducing each of those who spoke to the crowd. Filion read a message from the father of Émilie while a cousin of Émilie’s – Briana, read a poem aloud. As the evening continued, tears were running down the faces of many people as various testimonies were heard.

Memories were shared by her employer at the Alexandria Chiropractic Centre and by others who knew her.

Filion, who is a psychologist, organized the event with Natalie St-Denis, with what she called amazing community support from local businesses and individuals.

She assured the crowd that it is a comfort to anyone in distress just to know that the support is there, even if one doesn’t actually need it at a given moment in time.

Every six days, a woman is killed by her partner or ex-partner, Filion told the assembly. Speaker and co-organizer Natalie St-Denis also referred to domestic violence, saying that it must be talked about.

A GoFundMe campaign called “Donations for Elizabeth” was started on October 20 has raised over $6,000 as of October 29. The campaign surpassed its $5,000 goal. Here is a link to the GoFundMe page:  https://www.gofundme.com/vwq3e-donations-for-elizabeth