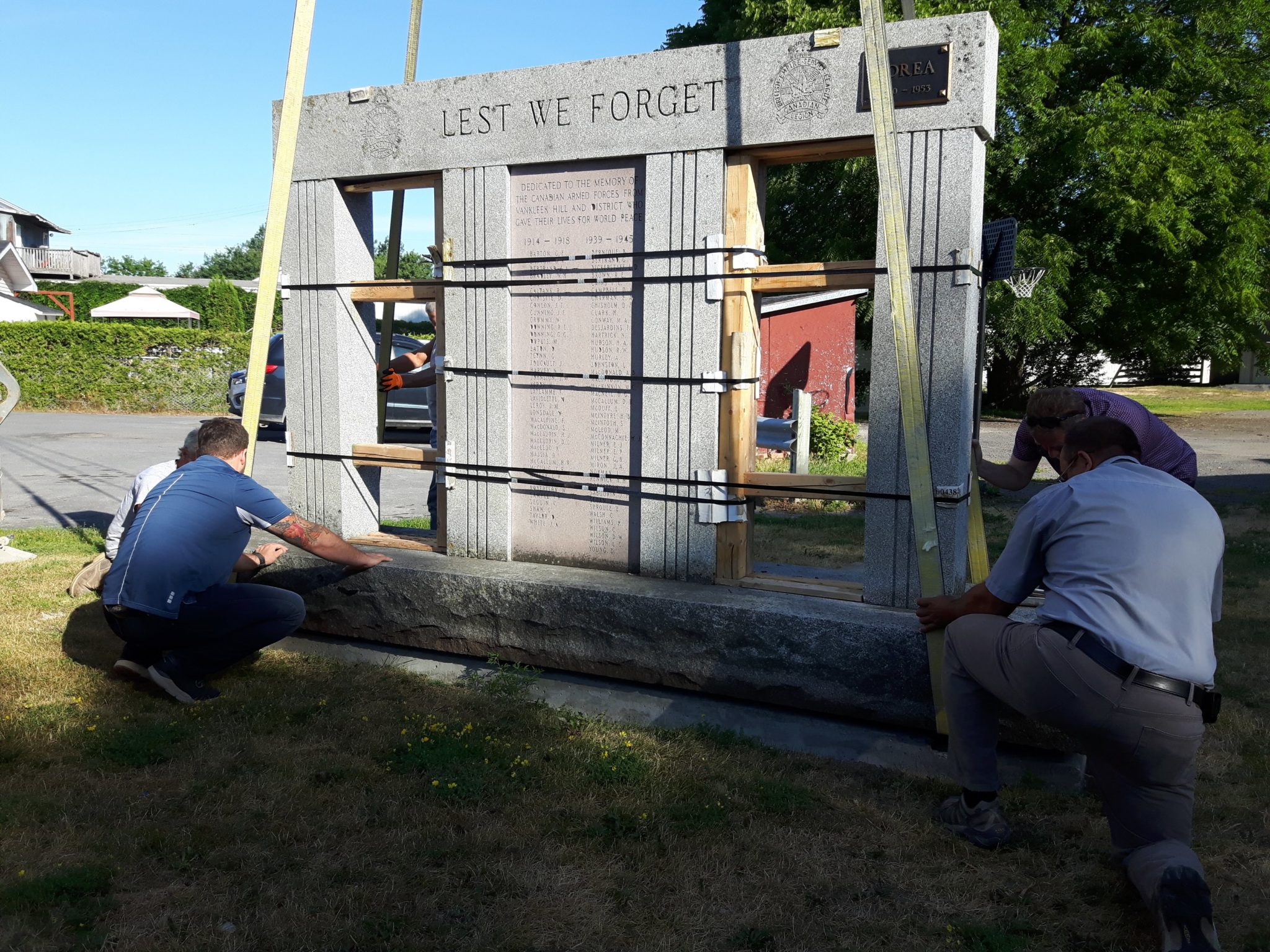 Champlain Township announced at its last regular meeting on October 9 that it had purchased 18.5 acres of land at a cost of $15,000 per acre in order to service the lots and sell them to businesses.

The land is located east of Terry Fox Drive.

Champlain Township Mayor Gary Barton took a moment during the regular council meeting on October 9 to make a statement that, “There is nothing wrong with the water in Vankleek Hill.”

Mayor Barton said that he had heard that a municipal election candidate had been saying that the water in the town’s water tower was ‘poisoned’.

“The truth is, that the water tower is empty right now. We had repairs in progress and there were issues with the job and we are having some warranty work done. The Ontario Clean Water Agency supervises the town’s drinking water system. For somebody to say we have poisoned water . . . is absolutely B.S.,” ended the mayor.

$56,000 from Hydro Reserve will be used to complete the Town Square

Funds to complete the Vankleek Hill Town Square (the green space located beside the Vankleek Hill Post Office) will be taken from the community’s Hydro Reserve Fund. Council learned that the project, estimated at $109,000, had funds to cover costs up to  $52,000, but that there was a shortfall of about $56,000. Barton told council that the walkway was estimated to cost about $45,000, fencing was estimated at $5,000, there was a $4,000 cost for the fountain, site preparation costs were $28,000 and about $8,000 in salaries and water was attributed to the cost of the project. The purchase of the lot took place in 2017, with an outstanding amount of $10,000 attributed to this year.

“The cement walkway is the big item,” said Barton. The cenotaph has already been relocated from its previous location at Vankleek Hill Collegiate Institute to the town square. Hillcrest Funeral Home is donating a silhouette of a soldier to the Town Square.