Jeanne Charlebois says she wants to continue working for growth, progress in Hawkesbury 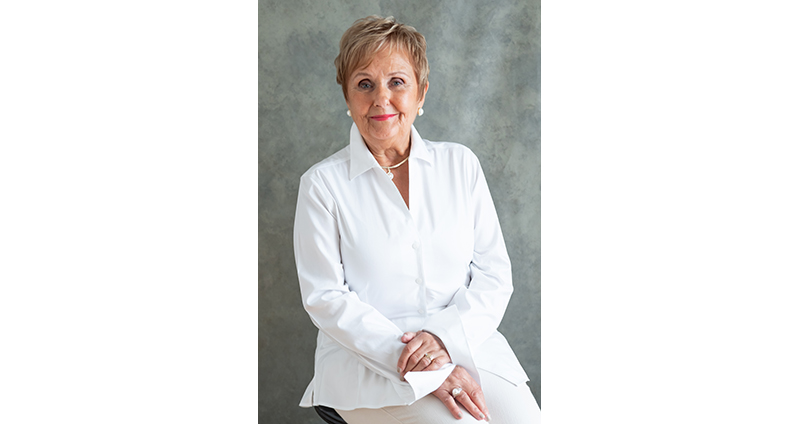 This is the question we ask each municipal election candidate: Why are you running?

For Hawkesbury Mayor Jeanne Charlebois, who is seeking another term of office, she says that she is running because there is still more that she would like to accomplish as mayor.

In terms of the path set for Hawkesbury’s future, she points to an overhaul of the town’s recreation department as tangible progress over the past four years.

“We are doing some good work there.” Just this past summer, facilitators in parks were on-site to coordinate activities for youths in Hawkesbury neighbourhoods, and Charlebois points to the indoor walking track, indoor exercise machines and other programs that have been created for the population. She also mentioned that the first phase of skatepark renewal has been done on that aging facility.

The demolition of Christ-Roi had to be done, she says, for security reasons as there was contamination inside the building and pieces of siding had become loose due to high winds. Baseball, a dog park, and other recreational activities are happening on the site, she adds. Some have suggested building a footbridge to link this green space to Confederation Park.

“People don’t want to lose this,” says Charlebois, who says that a public meeting will be held to discuss the future of the property.

Charlebois says that a lot of work happens in the background to bring large projects to reality.

The new Ontario Provincial Police (OPP) station was not a given,” Charlebois says, adding that the OPP station will be built at no cost to Town thanks to negotiations with representatives of the Ontario Ministry of Infrastructure. She says that the town and the United Counties of Prescott-Russell will now receive new revenues from this new building that are known as grants in lieu of taxes.  The station will be built behind  Canadian Tire, north of the street known as Amoco Street.

Likewise, she says that the town has been working on a deal with Ecolomondo for the past three years to bring the company to Hawkesbury. It will be located on a 14-acre property which is a continuation of Tessier Street and there will be 35 to 40-plus jobs at the company, which will recover carbon black and other products from used rubber tires.

“Even the hospital expansion — nothing is a given,” said Charlebois.

The new Liquor Control Board of Ontario outlet along Highway 17 will continue to be the second busiest LCBO store in Ontario, she said.

A new Prescott-Russell Residence, expansion at Biscuits Leclerc and the almost complete clean-up of the Canadian International Paper Company lagoons are other projects which happened under her watch. She is talking about building a footbridge to enable people to walk across to Hamilton Island — I want to open up the dates and let people in to see (the lagoon site). There is no more smell, Charlebois says.

The new $14-million fibre-optic line to ensure high-speed internet was needed, she says and improvements to the water filtration plant are next.

Spending $1 million less on policing and the signing of a three-year contract with the United Counties for dispatch services (she says this latter resulted in $100,000 savings and maintained local jobs) are also big steps forward for the municipality.

“We want to continue with reasonable taxation,” she explained.

One of the projects she feels is needed is a local trade school; local industries are telling her what they need and Charlebois says she knows that a trade school in Hawkesbury would be a plus for the region.

“There are at least five industries looking for people,” she said, citing the many jobs which are up for grabs in Prescott-Russell.

“I believe in Hawkesbury. If something is good for us, it’s good for economic development in the region,” she said.

When it comes to offering services (water and sewage) to Champlain Township land adjacent to Highway 17, she says the town is open to negotiations which would include the town’s annexation of Champlain land to the east of Tupper.  Sharing of taxes for a period of time for industrial development of this land could be a serious option to negotiate, she says.

“We have to work something out. We have to sit down and talk. We cannot afford to lose another industry, but if we work together, we can win together. I know there is a will to sit at the table and I really think we can do it,” said Charlebois.

“You want to say yes to everybody, but you can’t,” Charlebois maintains.

Charlebois also says that there is a wave of seniors coming and that no one is ready for it.

“Our hospitals, our residences — we are not ready for it,” Charlebois said. But her underlying concern is ensuring that there are the services needed for this population group and planning for facilities such as long-term care facilities, home care, and rent geared-to-income housing — all of which are matters that must be addressed in the very near future, she says.

“Enabling the elderly to stay in their homes for as long as possible is a very important matter for me,” she said.

She has a lot of hope for the future of Hawkesbury, mentioning that many people are moving to the town because of its affordable homes and its access to a hospital and recreational facilities.

Charlebois believes that the expansion to the hospital, the new mental health and addiction centre plus the many health clinics in Hawkesbury have confirmed the town’s right to say that it is the health centre of the United Counties and beyond.

“Our homes are affordable, our streets are clean. People love this town and so do I. We have good people who do fundraising to help our community,” she noted, adding that independent business owners are working hard, along with the Business Improvement Association.

“I love the town, and I believe in the people and I want to be a part of it. Let’s grow together and appreciate what we have,” she commented.