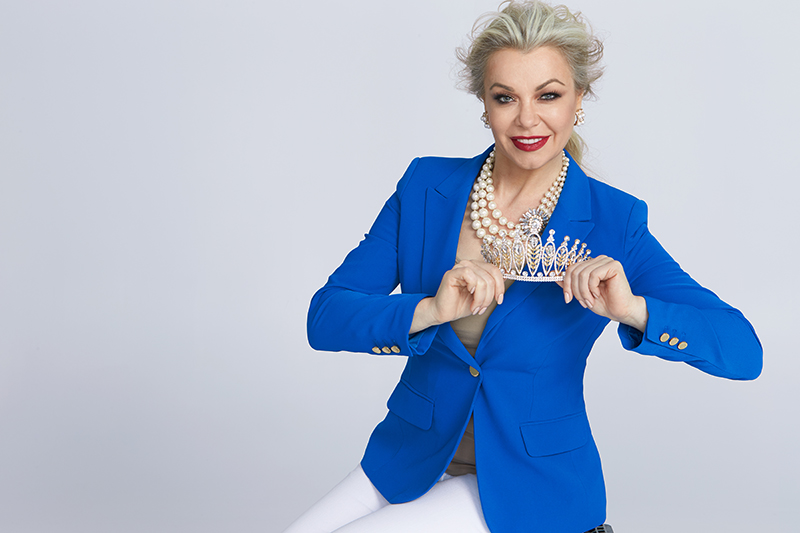 Lynn Gauvreau is organizing the first-ever Miss Teen Prescott-Russell contest, slated to take place on February 3, 2019 at the Hawkesbury Legion.

It’s about more than looks.  That’s the message Lynn Gauvreau wants to convey as she organizes the 2019 Miss Teen Prescott-Russell contest for girls aged 13 to 18 who live in the counties.  It will take place on February 3, 2019 at the Hawkesbury Legion but efforts are fully underway right now to organize the pageant and attract contestants.

Gauvreau, who serves as the Director of the pageant, has 25 years of experience with events of this kind.  Originally from Northern Ontario, she competed and modelled when younger and ran a pageant at Sturgeon Falls near North Bay from 1995 to 2001.  Gauvreau is also the Director of her own businesses—T-Era Cosmetics, and T-Era Models Canada.

The image of the so-called “beauty contest” has taken a hit in recent years.  Feminism, equal rights, the Me-Too movement, and the fact that people like Donald Trump once owned the Miss Universe contest have all contributed to an attitude shift.  However, Gauvreau said pageants are a “great opportunity for girls to showcase personalities, speaking, and knowledge.”  She said the experience can help girls improve their interview and communication skills which can lead to better educational and career prospects.  Gauvreau said pageants are still about beauty, but today they are more about the sense of overall beauty of a person.  Etiquette is one of Gauvreau’s big concerns.  She said there is a significant lack of it today and that participation in events like Miss Teen Prescott-Russell could help girls learn different behaviours.  Social media habits are a big part of the etiquette problem said Gauvreau and said she wants girls to know “You really have to think before posting.”  There is no swimsuit competition in the Miss Teen Prescott-Russell contest.

Girls who enter the Miss Teen Prescott-Russell contest, and whoever wins, will be representatives of the local community, according to Gauvreau.  “These young girls are being ambassadors,” she said, adding their participation will also teach them about community involvement.  Participation can also lead to competition at higher levels.  The top three winners in the Miss Teen Prescott-Russell competition go the regional competition, Miss Ontario East in Renfrew.  The next level after that is Miss Teen Canada.  Competition can also lead to further opportunities in modelling.  Gauvreau mentioned 16-year-old Faith Davis of Sudbury as an example.  She is a model for T-Era Cosmetics.

Lynn Gauvreau said two girls have already signed up for the competition and she is hoping to have at least 20 contestants.  The entry fee is $100.  Gauvreau wanted to make it as affordable as possible and is looking for support from local businesses to help cover costs.  Anyone who is interested in being a contestant or a sponsor can contact Lynne Gauvreau at; (514)250-2671 or [email protected]