Séguin parks it in the victory lane! 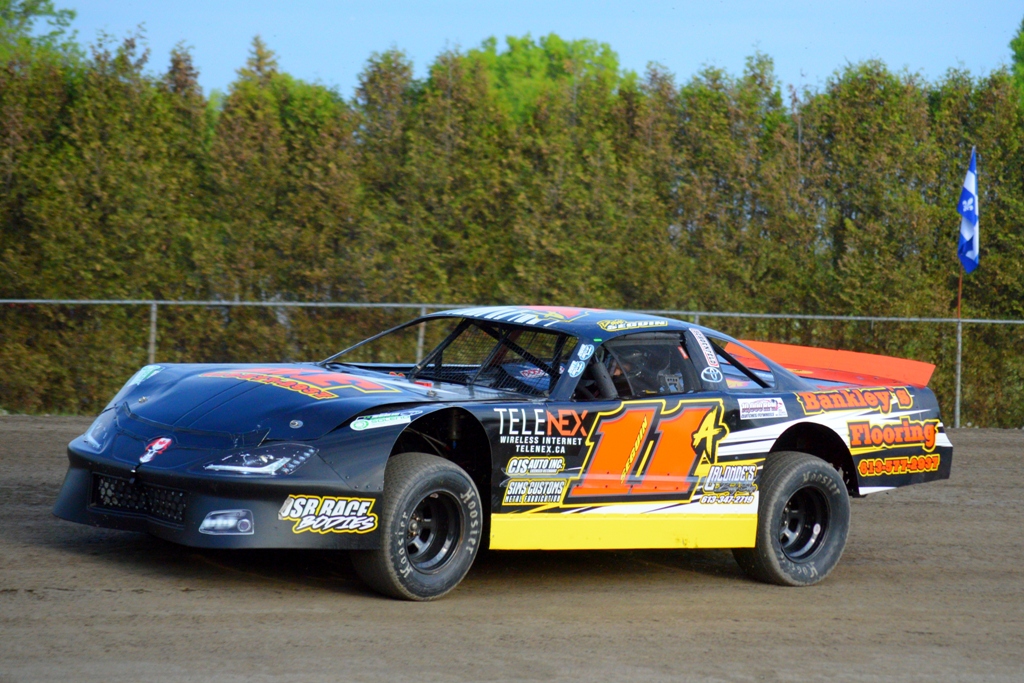 Last Sunday evening, Apple Hill resident Dave Séguin, a 7-season Pro-Stock veteran racer was back with his #11a machine in Cornwall Motor Speedway’s victory lane for the first time since the 2015 season. “It felt very good to win a feature.  This is a balm on a tough season for our team especially after my forearm injury that kept me away from racing for a few weeks. On top of that we had a few mechanical failures on the track that spoiled some nights and several times we were running strong but couldn’t capitalize a feature win.” said Séguin.

Even though the local DIRTcar season is almost completed, as the Cornwall Motor Speedway will wrap its 2018 season next Sunday with the Canadian Nationals final 125-lap for the 358 Modifieds, Séguin plans to follow the Pro-Stock Series races all the way to Super DIRT Week in October.