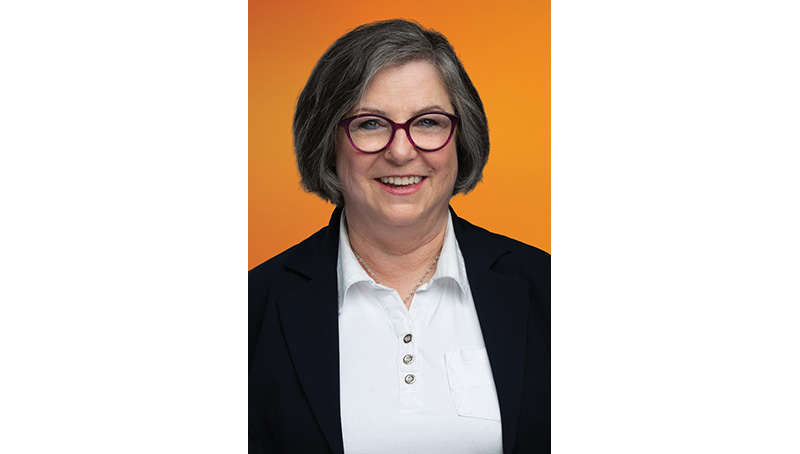 It’s all about the environment for Céline Lachapelle.  The Québec Solidaire candidate in Argenteuil said the leftist party has the best plan for the environment and climate change, saying “It goes outside of the box.”

“They don’t take care of the people,” Lachapelle said about the Québec Liberals who have governed for the past four years.  She said the Liberals are too friendly with the wealthy, corporations, and particularly the petroleum industry.

“There’s no economy if there’s nobody left on earth,” said Lachapelle, promising that Québec Solidaire would act quickly on environmental issues if it forms the government after the October 1 election.

The St-Colomban resident originally worked in sales, and then later in administration for a school board in Laval.  Her early years of community involvement included volunteering as both a leader and organizer in Scouting.  A few years ago, she began getting involved with environmental organizations like Greenpeace, Regroupement Vigilance Hydrocarbures Québec (RVHQ), an organization that opposes pipelines, shale gas development, and subsidies to the oil and gas industry.  Lachapelle is also involved with Coule pas Chez Nous, another anti-shale gas and fossil-fuels organization that raises money to support smaller organizations in the cause.  In 2017, she applied to participate in a Climate Reality Project event in Denver, Colorado that was conducted by former U.S. Vice President and prominent climate change activist Al Gore.  Lachapelle was one of 10 people from Québec who was selected to participate.  At the Denver event, the 700 participants were encouraged to get involved with politics, especially at the municipal level.  She ran for a seat on St-Colomban council in 2017 but was unsuccessful, so she decided to make a provincial run with Québec Solidaire this year.

“Québec Solidaire is the only left-side party in Québec,” said Lachapelle, criticizing the Parti Québécois for leaving its social democratic roots.

“I would try to encourage small business, the success stories come from there,” she said, emphasizing her party’s preference for that approach over support for large corporations.  Québec Solidaire is also proposing to increase the minimum wage to $15 per hour.  Lachapelle said that would reduce the number of people in Argenteuil who are driving to Ontario to work where the minimum wage is already $14 per hour.

Lachapelle said health care in Québec has “big problems.”  Québec Solidaire would expand the mandate of the Centres local de services communautaires (CLSC) and have them open 24 hours so doctors there could attend to urgent patient care needs to reduce the burden on hospital emergency departments.

Independence has always been a key part of the Québec Solidaire platform.  If it were the government, the party would embark upon a five-year process of negotiations and discussion with citizens of all languages and cultures to develop a constitution, before a referendum was held.  Céline Lachapelle said the federal government makes it difficult for Québec to do anything on environmental issues because tax dollars from Québec are going towards subsidizing pipeline projects and she said the Trudeau government has not fulfilled its promise to reduce greenhouse gas emissions.  Lachapelle emphasized that saving the climate should be the main priority, not language or boundaries, but said a separate Québec would always remain a helpful friendly neighbour with bordering provinces.

Lachapelle said that if she is the next MNA for Argenteuil, her priorities are the environment and good local representation, and not being concerned about winning the next election to stay in office.