Walker Racing from Lancaster to Cornwall for Alzheimer’s 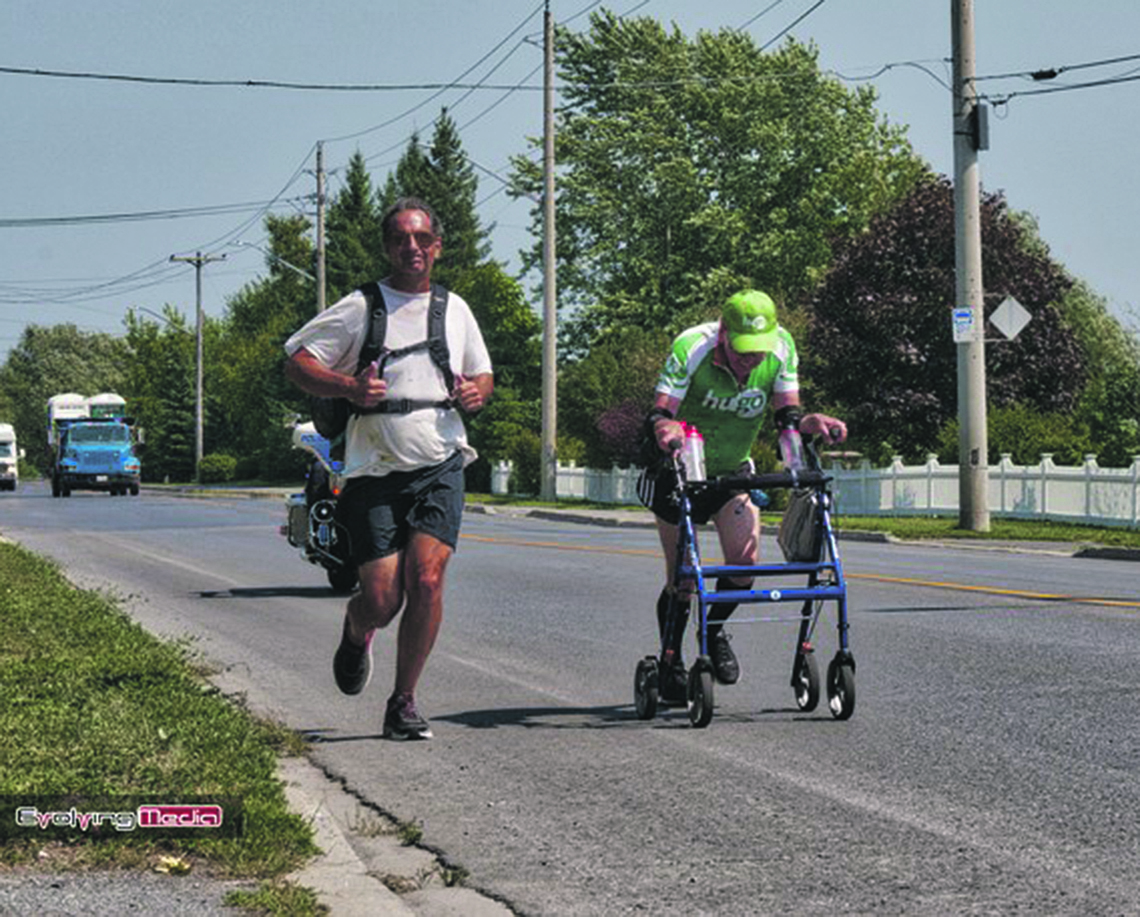 Robert Hardy joined David Merpaw in Lancaster and walker raced the final stretch of the walk to raise funds for Alzeimer’s.

Here is this week’s update from race-walker Robert Hardy. Hardy will be providing us with regular updates on his progress and marathon training. Here is what Hardy has to say:

Friday, August 24: Ultra marathoner David Merpaw had run from Hamilton to Montreal and back to Cornwall to raise funds for Alzheimer’s Society completing 100-km a day.

I joined David in Lancaster and walker raced the final 25-km and a bit to the Alzheimer’s office on Second Street West. For the final stretch from NAV Centre we were accompanied by a policeman on a motorcycle and that was very cool. My first ever police escort.

The only problem was there were no breaks because every time we approached a red light the policeman would drive his motorcycle into the intersections with lights flashing and claxon blaring and we would have to pick up the tempo to get through quickly and all four of our legs felt the pain. Mine were only 25 and bit km legs, David’s were closing in on 1,000-km, or maybe more.

We both managed a final effort and arrived on time. I enjoyed the run and the company. David is an incredible athlete, our run together was a great experience for me and the reason for the run was Alzheimer’s. What better reason.

Why me? Me mam died with Alzheimer’s and I never forgot. How did this happen?
I met with David at the May 5th Walk for Alheimer’s event at The Benson Centre in Cornwall. He discussed with me his plans for an ultra marathon run finishing in Cornwall. He asked if I would like to finish the final stretch from Lancaster to Cornwall and I said yes.

I was a guest speaker and walker runner at the event.

Alzheimer’s and me. My first walker race for Alzheimer’s was in January 2015. A Half Marathon 21.1-km walker race finished in 2 hrs and 55 minutes at The Civic Complex walking track, Cornwall.

Thursday, September 6th. My own 35-km time trial for Alzheimer’s fundraiser at the Civic Complex, Cornwall walking track at 10 am. Come join me for a few laps or just make a donation.