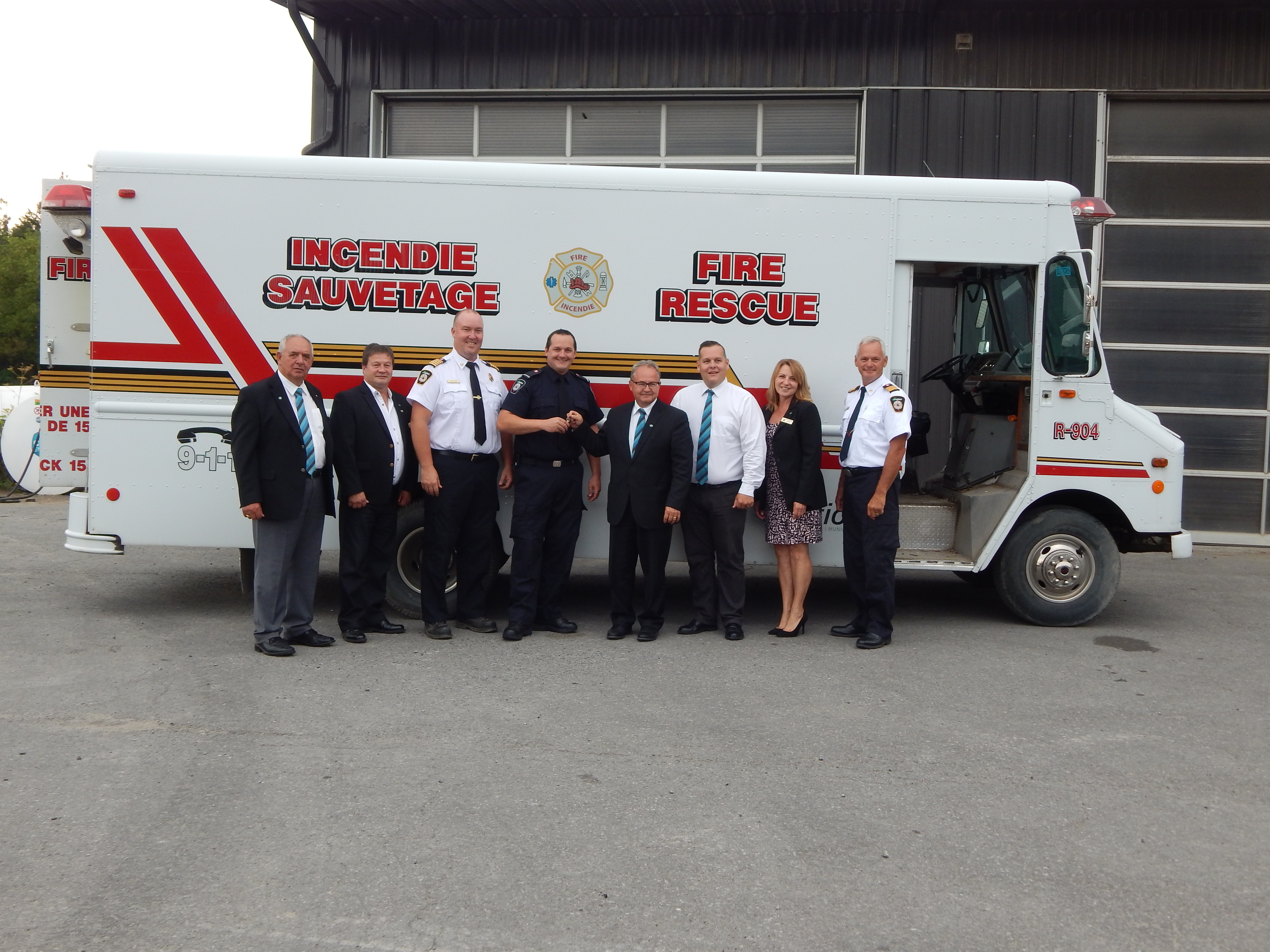 The Nation Fire Department has donated a rescue truck, bunker gear and helmets to the non-profit organization Firefighters Without Borders (FWB) Canada. The rescue truck will be put in service as a rescue unit in Samana Province in Dominican Republic. The announcement was made on Monday, August 13, 2018 during The Nation Municipality’s  regular council meeting, which was held in the council chambers in Casselman.

As Daniel Boisvenue, FWB Canada member and firefighter for The Nation Fire Department explained: “Disasters can strike at any time in any country; however, more than 90 percent of those affected by nature and human-caused disasters – earthquakes, fires, floods, hurricanes, landslides and volcanoes live in developing countries. The mission of FWB Canada is to assist the emergency service agencies of these nations by helping to improve their ability to effectively provide a higher level of emergency services to their communities”.

The Nation Fire Department has been donating equipment such as bunker suits, hoses, hand tools and lights to Firefighters Without Borders Canada since 2014.

“We strive to provide the best emergency service to our residents in The Nation when they are within our borders by training to today’s standards and keeping our trucks and equipment in good working order and relevant to the way we combat today’s emergency calls (fires, motor vehicle accidents, medicals, rescues, etc.)” said Tobias Hovey, Fire Chief for The Nation Fire Department. “By donating our used trucks and equipment to a group like Firefighters Without Borders Canada, we feel that we can extend what we do here at home for our residents to when they are abroad”.

The Nation Fire Department would like to thank Firefighters Without Borders Canada for helping emergency service agencies in need and is encouraging other fire departments to contribute to the cause if they haven’t done so already.