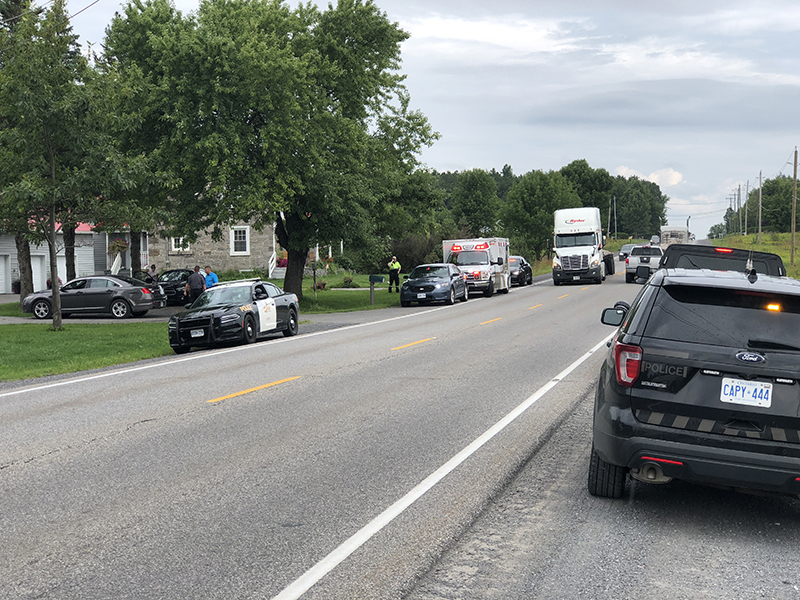 More than a dozen police cars, including some unmarked vehicles, were part of a Tuesday morning (August 14) chase to catch up with a man in breach of conditions. The chase ended at this spot along Highway 34 (at left), midway between Pleasant Corners Road and Greenlane Road. While the details were not all available at press time, OPP Constable Mario Gratton said the suspect had likely resisted arrest. After being apprehended, the suspect was taken to Hawkesbury and District General Hospital, but was released and appeared in court later that same afternoon. At no time was there any threat to public safety, noted Gratton. 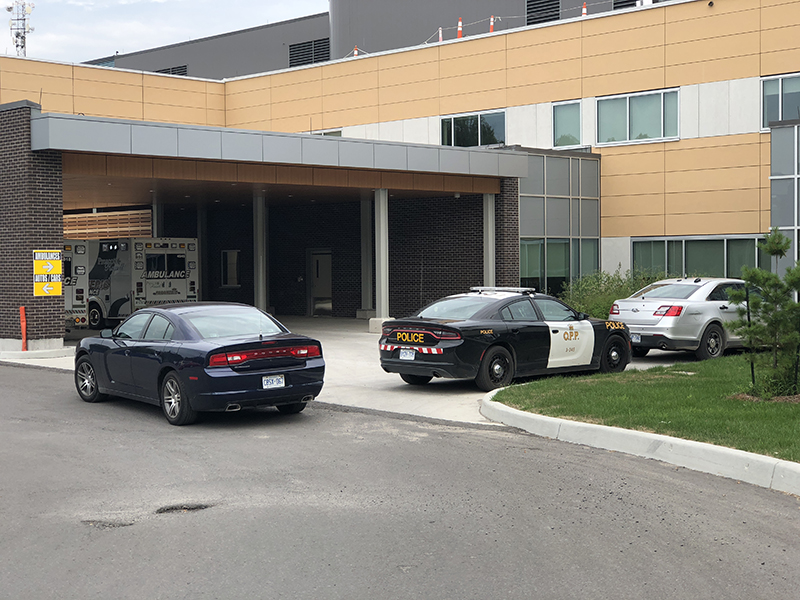