Phantoms of Yore host REVENANT, A Paranormal Evening at the L’Orignal Old Jail 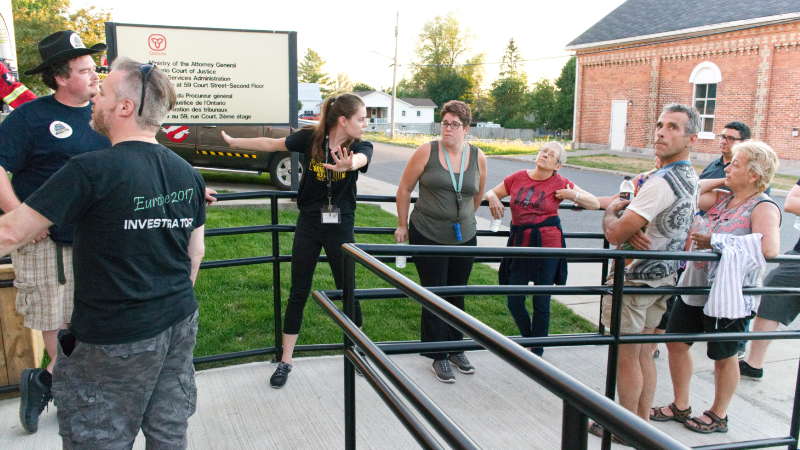 For some, the paranormal evening started with a guided tour of the prison. Here, we see summer tour guide Camille Scott explaining the origins of the building and expansions. (Photo : Cedrik Bertrand)

The weekend of July 20 and 21 marked the first edition of REVENANT, A Paranormal Evening at the L’Orignal Old Jail, an event created by the Phantoms of Yore in which the group shares their paranormal findings. 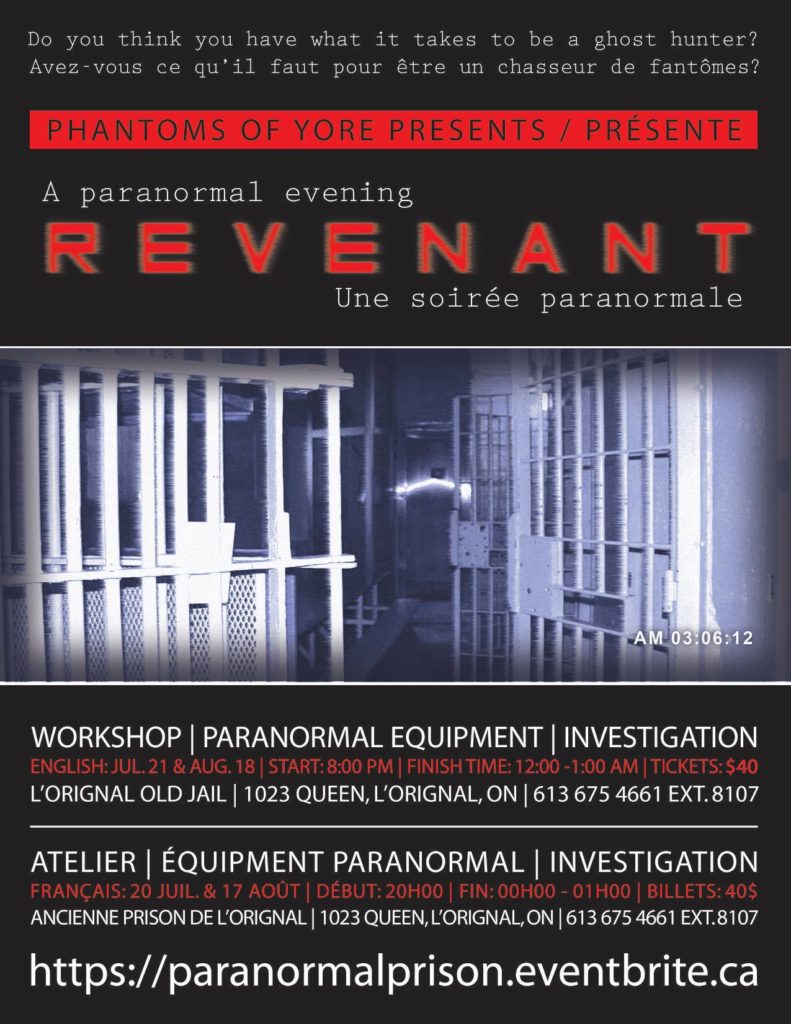 Over the past months, the Phantoms have been conducting paranormal experiments aimed at capturing eerie activity within the walls of one of the country’s oldest prisons, a building rumoured to be haunted by some of its old tenants.

Many showed up for the event, which featured a guided tour of the prison, a 101 on the equipment used during investigations and a video showcasing macabre stories related to the prison as well as findings by the group.

Later in the night, the willing had a chance to participate in experiments in the prison – experiments destined to stir up paranormal activity (ample footage of these experiments can be found on the Phantoms of Yore’s Facebook page, @PhantomsOfYore). 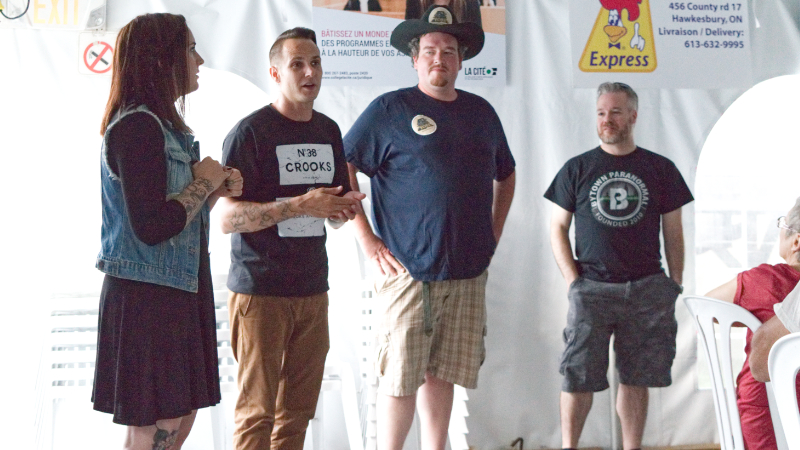 The evening started with a brief by the Phantoms. Left to right : Phantoms Jael Henri, Eric Oickle and Elliot Luijkenaar and their partner, Eric Boudreault from Bytown Paranormal, Québec Section. (Photo: Cedrik Bertrand) 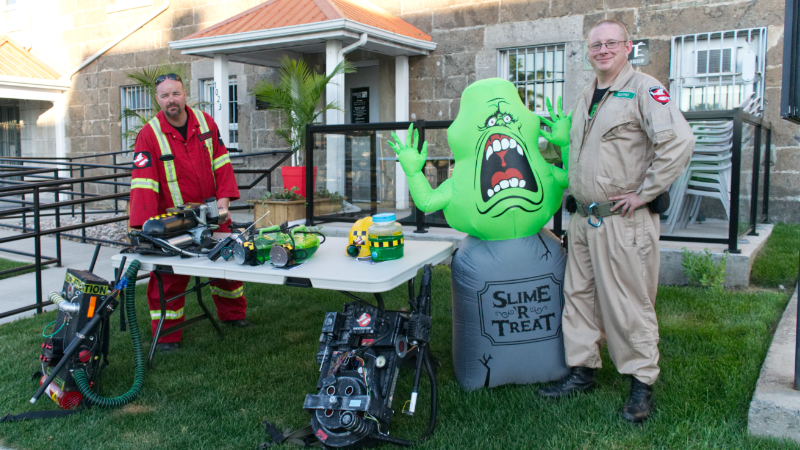 Those present were greeted by none other than the Clarence-Rockland Ghostbusters, a fan-franchise made up of Tim (left) and Jake (right). (Photo: Cedrik Bertrand) 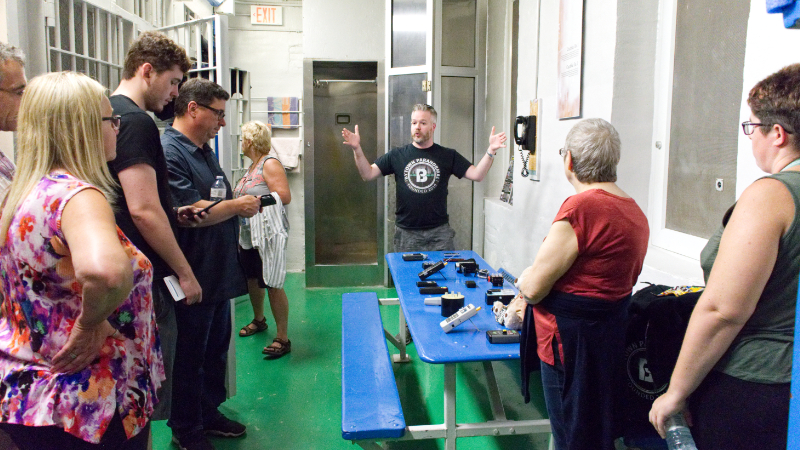 Eric Boudreault from Bytown Paranormal gave the 101 on the equipment used in their investigations, including electromagnetic multimeters, sound recorders, infra-red and ultra-violet lights. (Photo: Cedrik Bertrand)

The Phantoms of Yore will return for a second weekend on August 17 and 18. Tickets are on sale through the L’Orignal Old Jail.