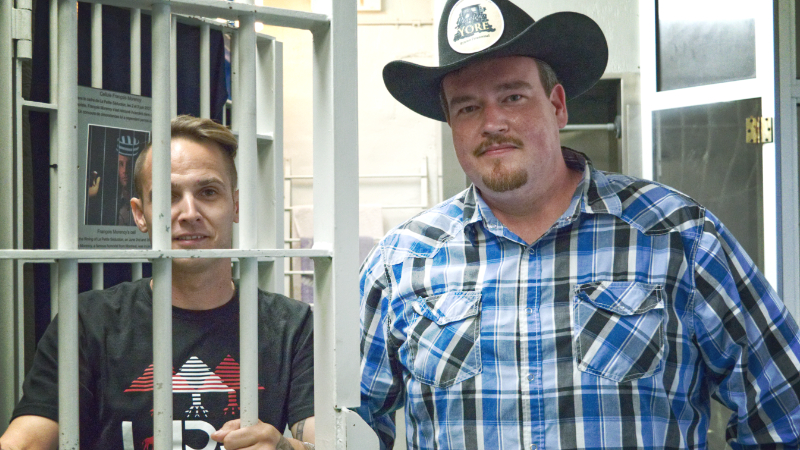 Two members of the Phantoms of Yore, Eric Oickle (left) and Elliot Luijkenaar (right), before shooting a promo video for La dernière pendaison. The duo will be coming back to the Old Jail on June 4 to investigate its paranormal legends. (Photo credit: Cedrik Bertrand)

Starting this spring, the L’Orignal Old Jail will be occasionally haunted by new nocturnal tenants: the Phantoms of Yore.

If you’re skittish around thoughts of ethereal company, relax. Phantoms of Yore is actually an Ottawa non-profit organization that is part of Bytown Paranormal.

Their mission? Investigating Canada’s historically rich heritage sites to raise the public’s awareness of our country’s past.

While important, heartfelt and noble, the mission isn’t the most peculiar thing about Phantoms of Yore… it’s the method through which they intend on succeeding.

“We investigate the paranormal stories, the accounts, the folklore and the history. We use all that in our paranormal workshop events,” said Luijkenaar.

Based on the information the Phantoms have on a specific site, they plan overnight stays at the venues to document paranormal accounts through various means.

“We just came back from the HI Ottawa Jail, one of the most haunted places in North America, and kept capturing interesting stuff. We wanted to go back to see if we could get anything else. Ended up spending four nights there over a three-month period,” said Luijkenaar.

“Most teams don’t get to spend more than one or two nights in those places,” said Oickle. “We got to stay longer because of the material we were getting and because of how much we were giving back. All the money that we make with tickets goes right back to the heritage site.”

The Phantoms of Yore findings are quite interesting to see and hear. Indeed, the crew documents paranormal activity with an array of multimedia equipment, including ultra-sensitive microphones.

Once they’ve gathered and catalogued enough, the crew organizes an event where they share all of their key findings.

“We’re hoping this is a long-term relationship, like we had with the HI Ottawa Jail,” said Luijkenaar.

The crew’s May 29 visit isn’t directly tied to the paranormal, but to the organization’s generous nature and genuine desire to help out their host. 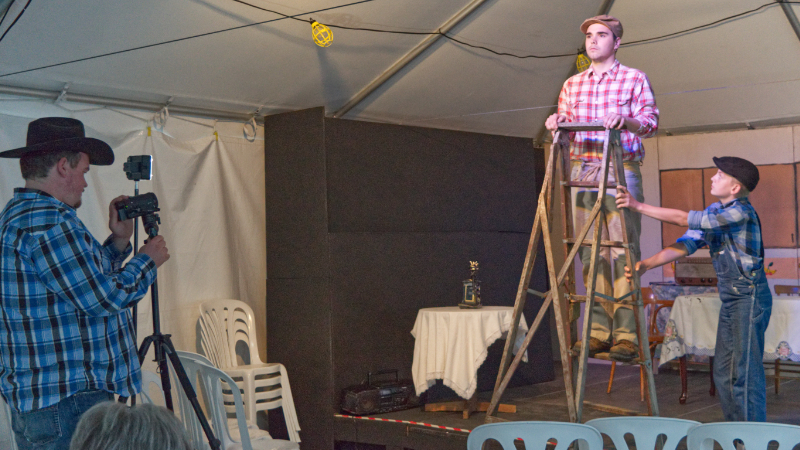 The Phantoms of Yore’s first overnight investigation of the L’Orignal Old Jail was to take place on the night of Monday, June 4, 2018. For more information on the group (including video content), visit its Facebook page (@PhantomsOfYore).

Those interested in learning more about the Troupe des non-coupables and its legendary play, La dernière pendaison, should visit the group’s Facebook page as well (@troupenoncoupable). The show is entering its eighth season this year and tickets are on sale now.