Andrew Allen on achieving your dreams. Always think: How can I get there from here? 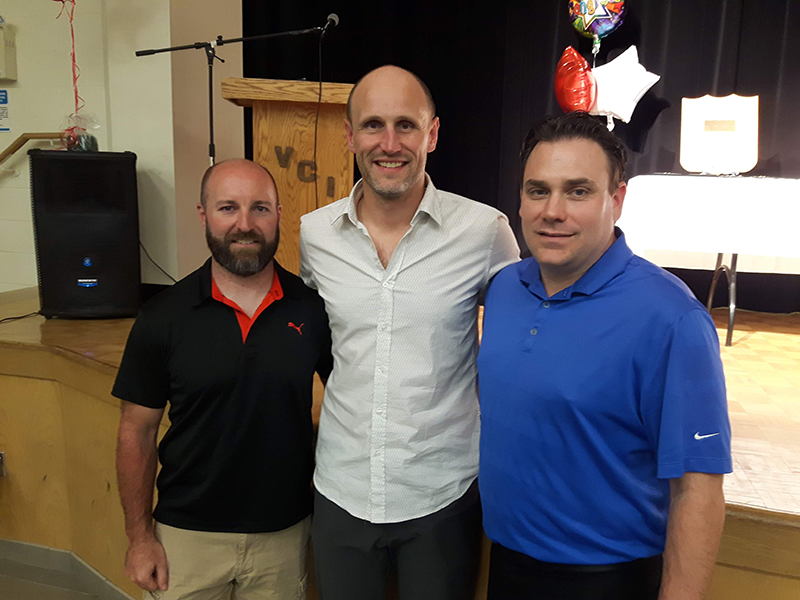 Andrew Allen was inducted into the Vankleek Hill Collegiate Institute (VCI) Wall of Fame this year. The plaque was presented to Andrew’s father, John Allen, as part of the VCI graduation ceremonies this year. Andrew was unable to attend that evening, but he did attend the end-of-year VCI awards presentations which took place at the school in June, where he addressed the students.

Andrew’s message was one of encouragement to the students.

Sometimes, a goal seems unachievable, Andrew told students. “But it is best to think, ‘How can I get there from here?’ ”

Andrew told students he had fond memories of his days at VCI and encouraged students to keep their grades up, develop good time management techniques and to always keep on trying.

Setting goals along the way is important.

“You don’t just set your dream, you have to set goals along the way. And that’s my message. That you can always find a way to get there from here,” Andrew told students.

Andrew still keeps in touch with friends from his high school days in Vankleek Hill. And his friends all say that a big part of his success is that he is a genuine person and that has always made others want to be around him and work alongside him.

“That is the part that you maybe don’t hear about as much,” says long-time friend Peter Barton. “But he is about the nicest person you could ever want to work with or have as a friend.”

Friend Troy Carkner agrees, and was involved in nominating Andrew Allen for the Wall of Fame award.

“We all get together every year to catch up,” Carkner said. “We all keep in touch with each other.”

Carkner shared some of his notes with The Review about Andrew Allen’s hockey career .

Andrew Allen graduated from VCI in 1995 and was well on his way to pursuing his dream in the sport of hockey as a goaltender, playing for the Hawkesbury Hawks of the Central Canada Hockey League (Jr “A”). Andrew returned to VCI in the fall of 1995 and then attended the University of Ottawa in 1996, all the while playing for the Hawks where he finished his Junior hockey career by accepting a full athletic scholarship at the University of Vermont (NCAA Division 1).

Although hockey was the main reason for the athletic scholarship at UVM, Andrew pursued a Bachelor of Business Administration-Finance in which he was named to the Dean’s List every semester and graduated Cum Laude (2000-01). On the hockey side, Andrew was selected to the ECAC All-Rookie Team (1997-98), was awarded the Siemens Trophy for UVM Student Athlete Humanitarian Efforts (2000-01), and awarded the C. Homer Graham Trophy for UVM Hockey Leadership (2000-01). These awards were a product of Andrew’s dedication with the local Vermont elementary schools, where he would conduct weekly visits helping students with reading. Upon graduation in 2001, Andrew signed an NHL contract with the Florida Panthers.

Andrew played professional hockey from 2001 to 2005, during which he experienced the top three levels of hockey in North America – dressing two NHL games for the Florida Panthers (2002) as well as attending training camps for the Florida Panthers (2001-02), Detroit Red Wings (2002-03) and Ottawa Senators (2003-04). Most of Andrew’s playing time was in the American Hockey League and the East Coast Hockey League. In 2004-05, Andrew was the starting goaltender for the Kelly Cup Champion Trenton Titans (East Coast Hockey League Championship).

In 2005, Andrew and his wife Lisa returned to the Ottawa area, where he accepted a position as a Financial Analyst for Natural Resources Canada and planned to settle down and start a family. Andrew decided to share his love for hockey in the community in his spare time, by helping local hockey teams such as the Cumberland Grads Junior Hockey Club, the University of Ottawa Men’s Hockey Team, and the St. Lawrence University Men’s Hockey ECAC, as well as many local minor hockey teams in the Ottawa and Vankleek Hill area. Andrew also took on the position of Director of Goaltending for Peak Performance, where he developed goaltending programs for young athletes. Andrew discovered a love for coaching and took on a coaching position with the Japanese Ice Hockey Federation as National Team Goaltending Coach and Development Consultant. Andrew continued this role until 2011, when he signed a contract with the Chicago Blackhawks as the team’s Developmental Goalie Coach.

Andrew’s time with the Chicago Blackhawks organization led him to Rockford, Illinois with the American Hockey League’s Rockford IceHogs. In Rockford, Andrew developed and scouted up and coming goaltenders for the Blackhawks. During his tenure with the organization, Andrew was a part of two Stanley Cup Championships. Andrew made the final jump to the NHL in 2015, being hired by the Buffalo Sabres as the head goaltending coach – a position that he currently holds today.

The NHL season is long and Andrew is away from his home and family in Niagara Falls quite a bit, but he is always willing to help in the community when he can – everything from donating auction prizes to speaking with schools and sports teams, to helping out on the ice with our local youth. 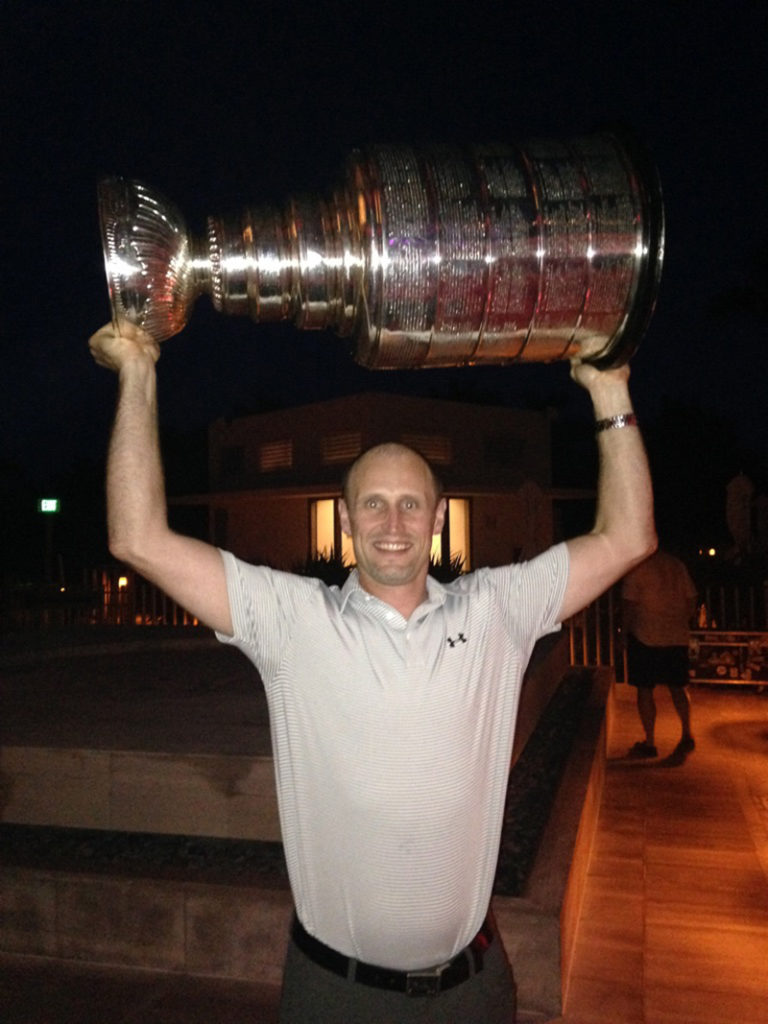