Recycling: Behind the scenes 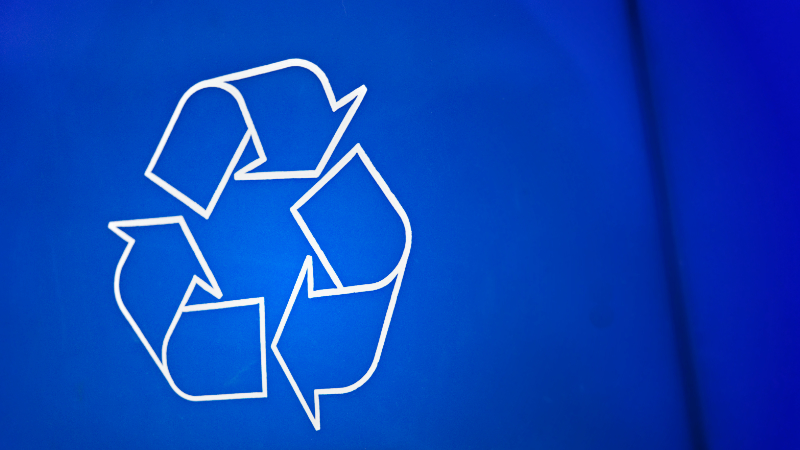 In an age where waste awareness increases at the same rate as wastefulness, it’s important to take some time to remind ourselves of the workings behind waste collection and recycling.

For instance, simply remembering that there is a group of people whose full-time job is the collection, sorting, selling and eventual recycling of those things we may carelessly throw in that little blue box should be enough to remind us that recycling, although vital, is not necessarily a magical solution that instantly transforms disposable coffee cups into DIY books.

Indeed, a lot of planning, research, networking and labour goes into it. But, what happens when humans do “too much recycling”?

Currently, Recycle-Action in Hawkesbury accepts a surprising amount of materials, including glass, food cans, aluminum cans, paper, cardboard and plastics of every type save one – type 6.

If you’re curious, type 6 plastic is that often-clear, thin and crunchy plastic that usually holds a salad or fresh pasta.

“Those guys take plastic of types 3 to 7, but no 6. We’re running tests to see if they can find something to do with it.”

And that is how Recycle-Action works. Every day, large amounts of material are gathered and sorted by hand at the facility. It is then organized and prepared for resale (by hand) to interested parties.

One of Lessard’s responsibilities is finding such buyers, ensuring a constant flow of material.

But, what happens if the market for one type of material disappears; if a buyer is simply no longer interested in one type of item?

“Film plastic – plastic bags, agricultural plastics – is getting harder to sell. It’s starting to become an fairly important problem. I’ve still got room here, so we’re okay for a few months, but none of my previous three buyers are interested.”

For Recycle-Action, this causes a few problems. First, not selling the plastic means less income. Second, overstocking the plastic leaves less room for other, easy-to-sell material, which means makes the inventory harder to manage.

“I’m not too worried, but it is one of my main challenges right now,” added Lessard.

Lessard stated that after speaking with local stores that hand out plastic bags, he learned that the extra charge per bag used as a deterrent is completely ineffective at reducing the quantity of bags used. It has simply become another way to make a profit.

“It’s type 1 plastic, so it sells well. But the quantity of bottles we get… it’s ridiculous. It keeps increasing.”

Recycle-Action does indeed accept many types of material: a local luxury that is easy to take for granted.

“Exporting has pretty much stopped, so prices are getting low. A lot of places are saturated, so they won’t pay full price for more stuff. It’s had an impact on us. For instance, last winter, I could sell cardboard at $200 a tonne. Now, it’s $114. Mixed paper was $120 a tonne, now it’s $34 a tonne.”

There has been talk of a shift in culture regarding waste for some time, now. At first glance, through the news or social media, it seems like things are going in the right direction.

However, when we stop thinking about the recycling bin as an “end game” but instead the beginning of a journey, it’s easy to see that the problem is not getting better, but worse.

Recycling is still more than relevant and the area is lucky to have Recycle-Action. Maybe it’s time to stop taking it for granted?

Anyone still in doubt should definitely take a Google walk and type “Great Pacific Garbage Patch”.

It seem that’s the answer to the question. Too much recycling simply turns it into waste. Square one.