14th year of the Mini-Jeux d’Argenteuil 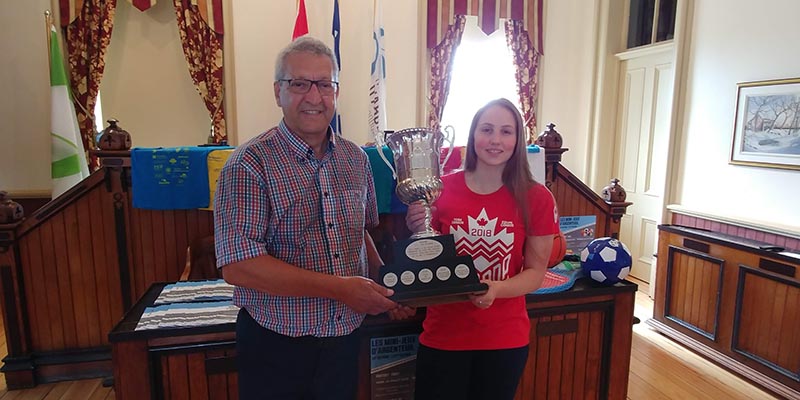 Argenteuil and its partners are proud to announce that the Mini-Jeux d’Argenteuil will return for a 14th consecutive year on Thursday, July 12, from 9 am to 3:30 pm. Since 2005, between 300 and 400 Argenteuil residents between the ages of six and 12 have gathered at the l’École polyvalente Lavigne and École secondaire régionale Laurentian for a fun-filled day every year.

During this event, participants will have the opportunity to play three out of 15 different sports such as field hockey, cheerleading, karate, tennis, kin-ball, flag-football, or gymnastics. Gym X will be a new addition to the event, and archery will return from a one-year absence.

Spokesperson for this year’s Mini-Jeux is Elizabeth Hosking, the youngest athlete of the Canadian delegation for the Pyeongchang Olympics. A Longeuil native now living in Mille-Isles, Hosking has been snowboarding since the age of seven and rapidly made her mark in the world of professional sports. Balancing her passion for sports and her studies, she’s a perfect example for the youth of the region.

Registration for the Mini-Jeux Argenteuil is completely free, and can be secured through any of the nine areas in Argenteuil, day camps or directly through the city of Argenteuil. Parents who cannot secure transport for their children are invited to contact Argenteuil transport services. Parents are also encouraged to attend the Games with their children.