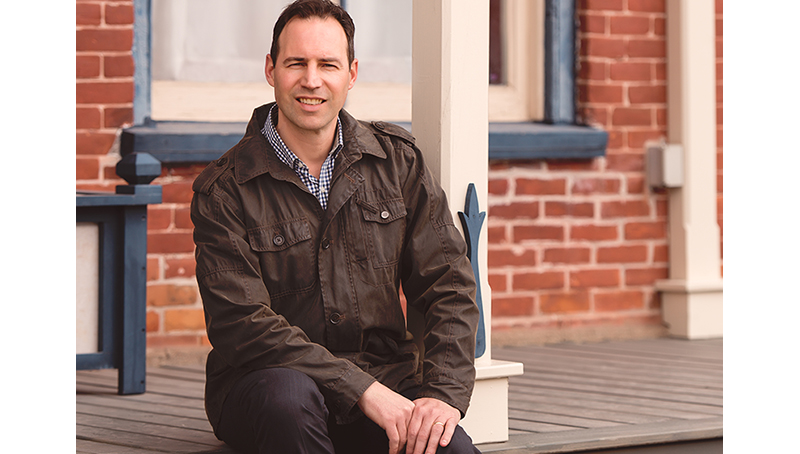 Urbano Fumagalli says he has the right stuff to be the next mayor of Champlain Township. But he isn’t full of campaign promises and has no specific projects he is promoting. It’s way too early for that, he says.

“We need to figure out what is the next step for Champlain Township. I believe in fiscal responsibility, having a sustainable plan and we need community involvement.”

“What do citizens want? I know that the air we breathe — we want that to be the best possible. And we always need to ask citizens what is important to them.”

Fumagalli says he is the leader to move Champlain Township forward.

“I don’t have any baggage,” says Fumagalli, who has lived in L’Orignal for about nine years. He is married and has two daughters. He says that his 22 years in the Armed Forces, much of it spent in leadership, planning and executive operations, will serve him in good stead if he is elected mayor.

“I know that there is always talk of priorities, but if, for example, roads are the only priority, then we don’t need a mayor, we would need only a roads superintendent.”

Fumagalli also wants to unite the four wards, while respecting the historical boundaries. Unity in the township is something that he, and the 10-member team behind him, have on their radar.

Fumagalli says that he and the support team have met to consolidate a starting point, a kind of vision of how to begin moving forward. Fiscal responsibility is at the top of the list, along with measurable and innovative progress, transparency and community inclusion, along with environmental consciousness.

He says that all of these items are key to growing the population of Champlain Township.

Commenting on the proposed cement plant for the L’Orignal area, the mayoralty candidate said that by the time the municipal election is over, the Ontario Municipal Board hearing (scheduled to begin in early September) will be over.

“If it is declared a ‘go’, I need to be sure I am open and able to work with the proponents to mitigate the concerns of the citizens. Obviously, there are people concerned with the cement plant and their concerns need to be listened to as well,” Fumagalli said.

As far as a new hall for L’Orignal is concerned, Fumagalli said he would have to “open the books” to see if what is fiscally viable.

“We are not even at that chapter yet. We have to turn the page and start a new chapter.”

Other would-be councillor candidates are considering adding their names to those seeking election, Fumagalli said, and the team is looking for new blood and can offer support to any dedicated people who feel a connection to the vision, values and objectives set forth by the 10-member team informally calling itself Vision Champlain.