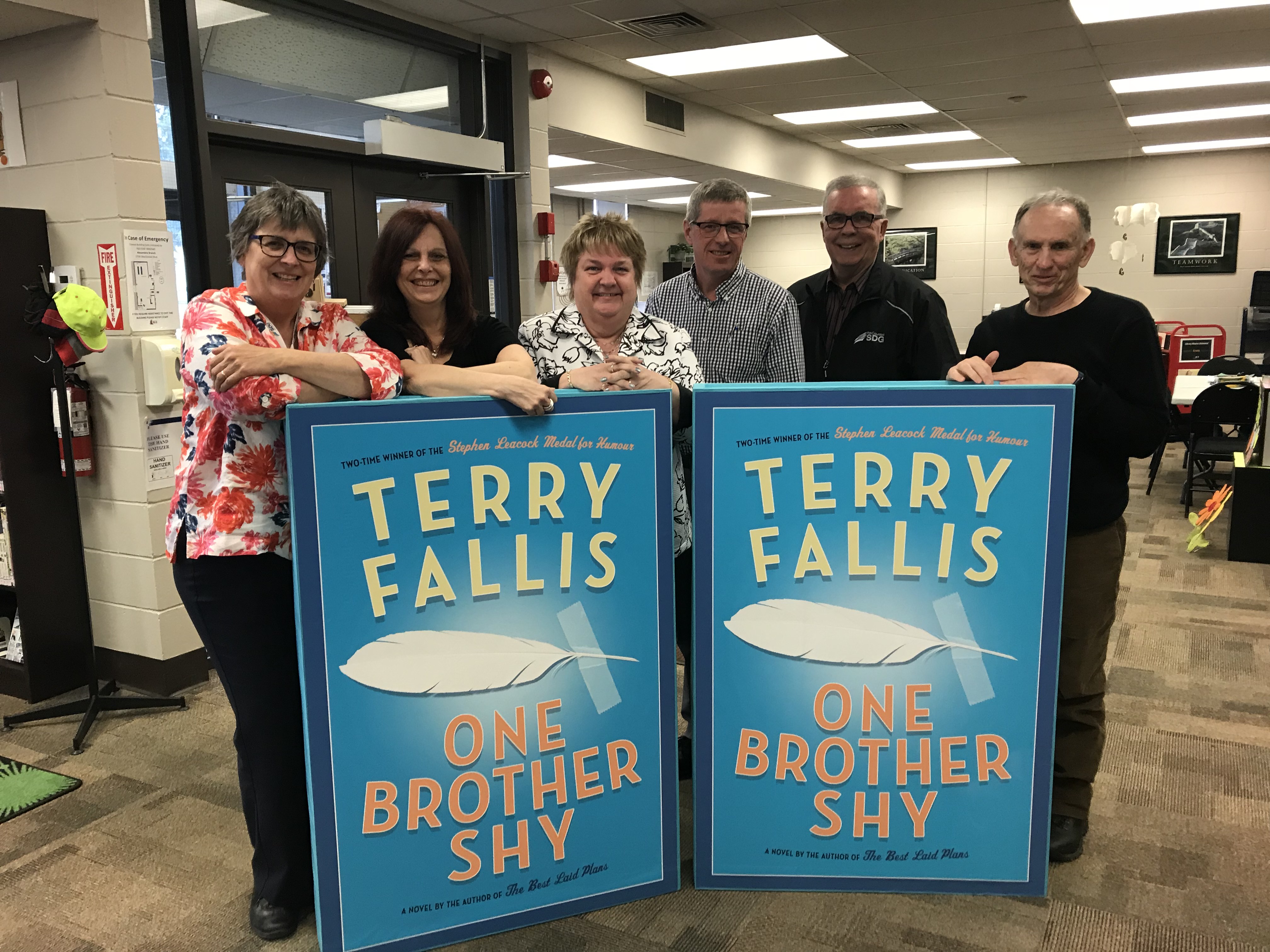 Back for its fourth year, the Stormont, Dundas & Glengarry County Library has unveiled its 2018 SDG Reads title and the nod goes to Canadian author Terry Fallis and his recent book One Brother Shy.

The program is essentially a regional book club, encouraging residents to read and discuss the chosen book between now and October.

This year’s selected title was revealed at the May meeting of the SD&G Library Board of Directors at the Alexandria branch.

Fallis is probably best known for his Parliament Hill parody The Best Laid Plans, which won the Stephen Leacock Memorial Medal for Humour in 2008 and was later made into a TV miniseries.

One Brother Shy follows a young man, Alex, as he searches for answers about life and family through the quest for his twin brother.

Fallis is certainly pleased that his most recent book has been chosen.

“I’m thrilled that One Brother Shy has been chosen as this year’s SDG Reads selection,” said Fallis.

SDG Reads is a significant program for the Library, with staff volunteering their time to make it happen. From now until October, branches throughout the Counties will be offering various programs and activities that centre around themes found in the novel.

Multiple copies of the book will be available for loan at branches, and the book is of course in stores and online for those who wish to purchase.

Jenna Lamarche, District Supervisor for SD&G County Library and this year’s lead for the committee, said each year’s book is chosen based on feedback from participants and availability of the author.

“We put it out to the public for what they want,” said Lamarche, who is steering the program for the first time this year. “Terry’s name has come up a few times throughout the years.”

Fallis praises the program. “I’ve always loved the notion of a community reading together. Books can be a collective experience so I’m excited to see this idea in action,” he said.

The annual SDG Reads program wraps up with a public event with the author and Fallis says he is looking forward to his visit in late fall.

If last year’s event was any indication, organizers can look forward to another full house. “Last year we had author Lawrence Hill and we packed the place. We’re definitely hoping to get that this year as well,” said Lamarche.

The evening with Terry Fallis will feature a book reading and an opportunity to ask questions, starting at 6 p.m. on October 18th at North Stormont Place. Admission is free but a limited number of tickets will be available.