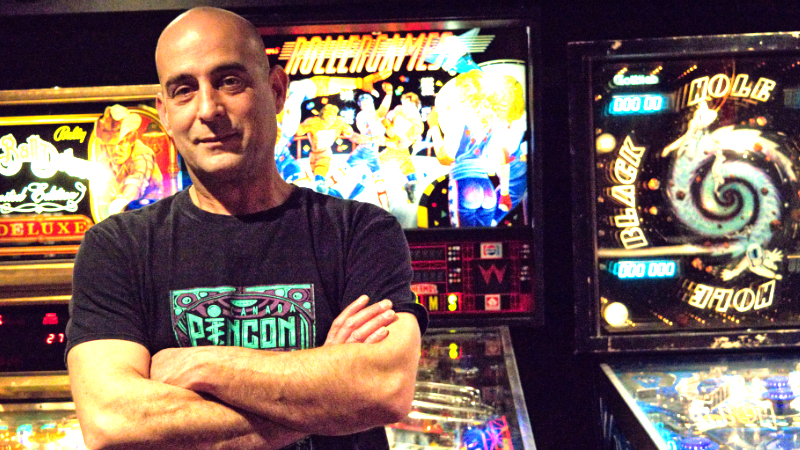 PINCON organizer Chris Da Costa standing next to some pinball classics. In 2017, over 100 pinball machines made it to PINCON. The convention returns in 2018 on the weekend on June 2 and 3 at the Vankleek Hill Arena. (Photo credit: Cedrik Bertrand)

Dark, cozy places oft-illuminated by the vivid colours of game cabinets, the smell of snacks permeating the air, the sound of excited chatter half-drowned out by the cacophony of sounds laced with the promise of adventure and positive reinforcement?

These days, it’s easier than ever to fondly recall why arcades were so important and why they are missed by many.

Arcades were a place where every gaming subculture gathered; where the casual and the curious congregated to play games together, in person, with a pocketful of quarters instead of a webcam and headset.

If any of this brings back memories of days long-past, leaving you asking “WHY!?!?” while staring at that empty spot where your favourite cabinet used to stand, prepare for some amazing news!

June 2018 will mark the return of one of the area’s most nostalgic, fun and memorable events: PINCON.

While pinball takes centre stage at the convention, the classic coin-op staple isn’t the only type of arcade cabinet to be found, with some owners bringing a few pieces for joystick aficionados.

“It started off as part of a collector association,” said Chris “Silver” Da Costa, the event’s organizer.

“There are 3,000 members across Canada and I’m a well-known member. I made a call one day, asking ‘anybody want to come over and do a flea market with pinball gear?’.”

That was back in 2014. Today, four years later, PINCON has grown into a full-blown convention with free-to-play pinball, video games and a collector’s flea market.

“Fifty people came the first year, in 2014. We had ten [pinball] machines in my garage. In 2017, I needed more space and rented out the Robert Hartley Sports Complex’s arena in Hawkesbury. We had just over 100 machines and 600 to 800 people showed up,” said Da Costa. 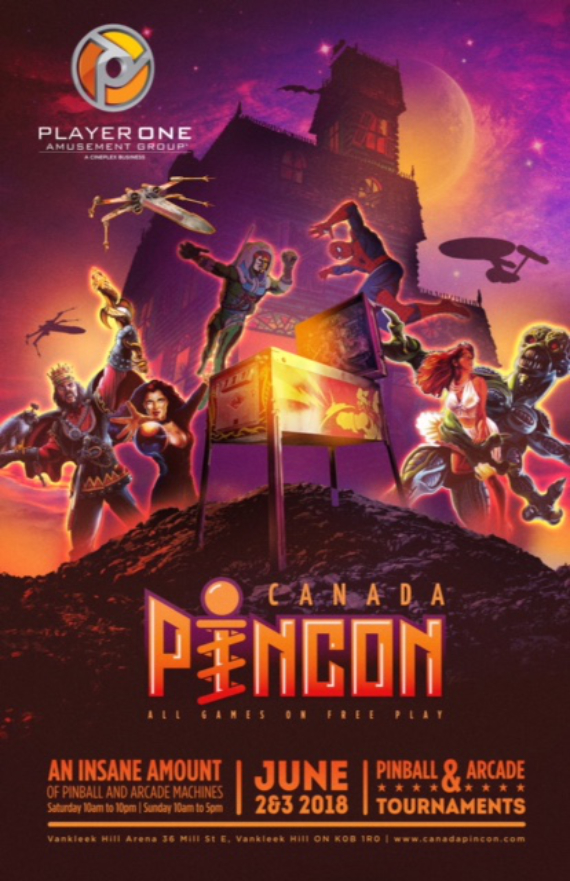 For its second edition, PINCON sees a change of venue, since the Hawkesbury ice rink’s season was extended for 2018. This June, the convention will be taking place at the Vankleek Hill Arena.

The venue will be transformed into an arcade lover’s dream: pinball and arcade cabinets on free play, items for sale, a Beau’s bar and shuttle for brewery tours, the Poutinefest food truck and, of course, a tournament.

“This is my gift to pinball; to the arcade community. Hopefully, it can pay for itself and I’ll help businesses make some money and get known,” said Da Costa.

PINCON’s 2nd edition will be taking place at the Vankleek Hill Arena on June 2nd and 3rd, 2018. The cost of admission for a day is $20 for adults and $15 for children. A pass for the whole weekend will cost $35 and $25, respectively.