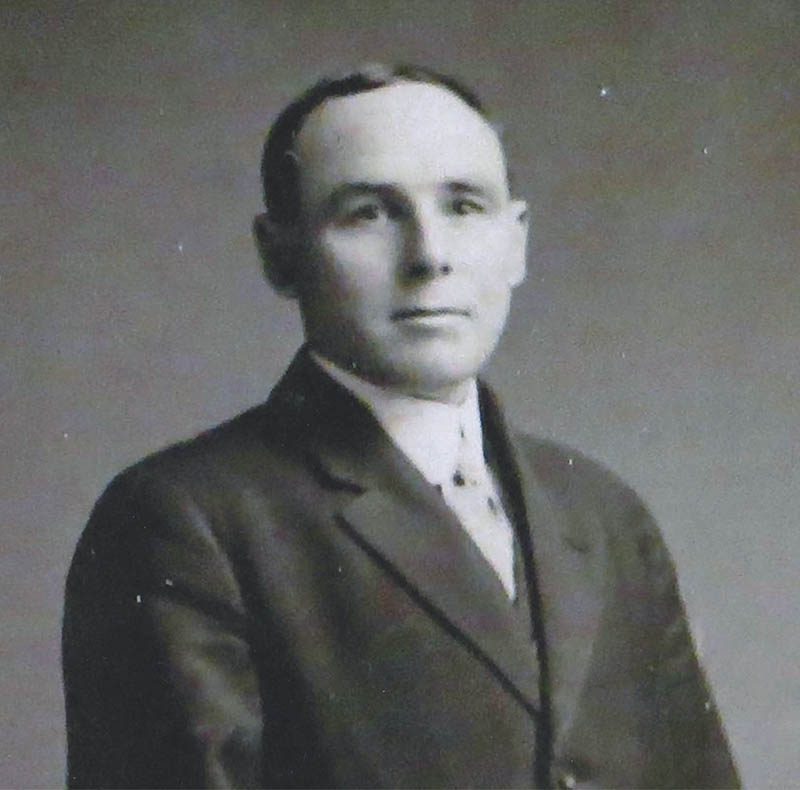 Biographies of the inductees will be shared in The Review during the weeks leading up to the event.

Duncan Donald MacSweyn, known to all as Duncie, was born in 1871 ,  in the former Kenyon Township, now North Glengarry, in a community on the Dunvegan Road known as Cotton Beaver.  His parents were John MacSweyn and Isabella MacLeod.  He grew up speaking Gaelic and English and working on his parents’ farm.       As was custom at the time, he attended church services, community events and family gatherings where singing was an integral part of the function.  It was obvious from his teenage years that he had a great deal of natural talent.  As time went on, he married a local young lady, Christy Grant  and they had nine children.  Life was not without adversity as was often the case in the early 1900’s.  One young son died at four months and a daughter a few months before her twenty -seventh birthday. As was normal for the day, farmers worked together on many projects  and it was during a threshing day at a neighbours that he lost an arm in an old manual feed mill.  The neighbours said he was carried into the kitchen of the house and the remaining part of the arm was removed there.  With grit and determination he and Christy continued on as a team, always pleasant and kind to all.

He and Christy were strong proponents of education and in a time when just completing elementary school was the norm and resources were slim, his children attended high school, two of their daughters became nurses and two completed normal school for teachers.  All three sons joined the war effort, with two of them serving in Europe.

Several of his former neighbours remember him as a favourite Gaelic singer at church socials, funerals, community concerts, house parties, family gatherings and fund raisers.  He sang at churches of every denomination and for every worthwhile cause.  He shared his God given talent with everyone for their pleasure, including his grandchildren. He was the “precenter” at church, the person who “raised the tune” using a tuning fork at a time when the strongest voice led the congregation.  He never learned to drive an automobile, but had his trusty driving horse, “Prairie”, to take him to events.  Angus Hoey McDonell, in both a 1974 and 1984 article in the Glengarry News referred to him as one of “Glengarry’s noted Gaelic singers”of his time.

During the tough years of two world wars, a depression  and countless community tragedies, Duncie was a beacon of joy, helping the community stay strong through the preservation of the Gaelic song.  He was the forerunner of today’s outstanding Gaelic groups and choirs and he brought so much enjoyment to people who at the time needed it so much.  Before he died, his daughters helped him make a record of his singing, a copy of which still exists today.  He passed away on June 15, 1952.