Argenteuil, je me souviens – A documentary on those who settled the land and the community that loves it still 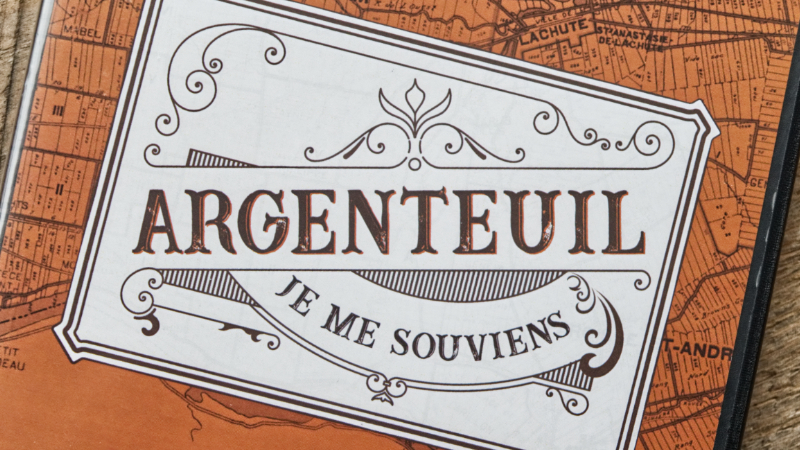 Launched at the beginning of April 2018, Argenteuil, je me souviens is a 40-minute documentary on Argenteuil, its beauty, its history and the enduring appreciation people harbour for the territory. A DVD version is available at the MRC’s offices in Lachute’s gare historique on Berry street.

“Took a long drive the other day around this old town I called home for most of my life and, I dare say, there are few places where there’s not a memory or a name that pops up.”

This quote from photographer Brent Reilly, taken directly from the Argenteuil, je me souviens documentary, perfectly illustrates the feelings conveyed when watching the film.

Launched at the beginning of April 2018, this 40-minute production proudly captures Argenteuil, its beauty, its history and the enduring appreciation people harbour for the territory. 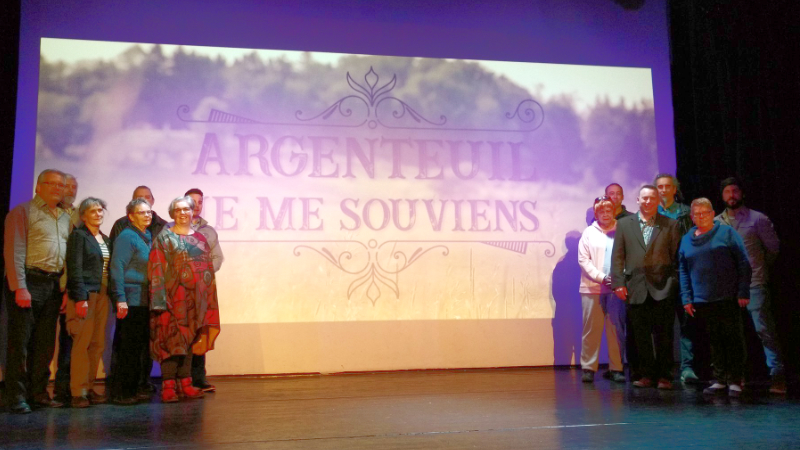 The documentary was made by Director Maxime Hébert and Historian Robert Simard, locals both.

The idea came from the MRC, following the success of a large gathering that took place in August 2014 called “Lachute as we remember”, an offshoot of a Facebook page create by Brent Reilly and Bob Noble. Both Hébert and Simard were sent to document the event.

The “Lachute as we remember” Facebook page was created out of pure love for the area; an online meeting place where the passionate share stories, pictures and memories. Nowadays, the page has close to 5,000 followers.

“We showed up at the event at Marc Carrière’s (the MRC’S General Manager) behest, four years ago, and took some footage and testimonials, not really knowing where it was going. The idea to push it further as a documentary came after that gathering,” said Hébert.

“After shooting that event, we knew we had to keep going. Two days of footage wasn’t enough; we wanted to do more. People were talking about a territory, a place that, from my perspective as a historian, had changed so much,” said Simard.

For Simard, one of the key motivations was the apparent anglophone exodus that occurred with industrialisation, an historical fact that forever changed the landscape.

“We realized that there aren’t that many people who know our history. Many of our participants know a great deal, but that knowledge is usually tied to a specific region, like Gore or Grenville. There isn’t a dedicated Argenteuil historian, so Robert is the one who tied together all the information,” explained the Director.

For Simard, the common thread was clear. It was the territory, the land.

“By looking at the land from higher up, we can feel what natives and settlers felt when assessing the land from the ridgelines. It’s something that was lost. Back then, settlers had this knowledge deep inside,” said Simard.

It took the duo three-and-a-half years to produce the piece. According to Hébert, gathering all the necessary material, finding and meeting key individuals and waiting for the seasons were the main reasons behind the lengthy production.

These types of delays are common when shooting an authentic documentary. Luckily enough, Hébert stated that production was rarely halted by technical issues.

“We moved around a lot to get all our aerial drone shots. Argenteuil is vast! That takes time, especially since we wanted all the seasons.”

Nostalgia is definitely one of the main emotions brought forth by the appropriately named documentary. Anyone who’s scoured the region will instantly recognize many of its popular landmarks, while discovery lesser-known gems.

While many shots are taken at street level, the documentary’s style and pacing are true to the region they represent. The presentation takes its time, letting the viewer admirer the lay of the land from a bird’s eye view.

“People aren’t used to seeing Argenteuil from the air. We tried to let these aerial shots ‘live’, extending the time between cuts so people can absorb it all. It created a nostalgic and ‘soaring’ vibe, something you don’t see much in video editing these days,” said Hébert.

Spending all this time admiring the familiar through a new perspective can also reveal beauty once taken for granted.

“One of the things that stood out for me was colour. There’s a painting of St-André in the documentary, from 1844. Back when I first saw it, I thought the choice of colours was artistic, but later realized it had been painted in the fall. It captures it perfectly,” said Simard.

“One of my favourite things? Brent Reilly,” said Hébert, without hesitation.

“He’s got an amazing voice. His character stands out. He’s a photographer with a great philosophy. When he shares a shot, he knows it’ll touch at least one person.”

The project was clearly an amazing learning experience for the duo. Over almost four years, they got to know people, stories; uncover forgotten truths and let their eyes soar over Argenteuil.

“The first people who arrived here… They had nothing. They walked in a vast forest alongside their family, carrying an axe, having to fend for themselves. That life is hard to imagine. It’s scary. What stresses us out has changed, to say the least,” concluded Hébert.

For Simard, one of the key lessons learned from the experience is tied to the land.

“The presence, the role of rivers in history is fascinating. Lakes and rivers were a common thread when first occupying the territory. You couldn’t even navigate any of the rivers!”

When asked to choose one thing he wished people would learn from the documentary, Simard answered:

“How vast Argenteuil is. It’s dizzying. And here’s the most interesting part: it’s pretty much empty. And that, in a way, is its greatest wealth. True, there’s not much of the original landscape left, but some areas still give you the impression they remain untouched.”

Argenteuil, je me souviens was a joint venture between the MRC and the Québec government, through financing brought forth by the Entente de développement culturel. The cost of production totalled $26,500 and was split 50-50 between both entities.

Anyone wishing to obtain a copy of the documentary can do so at the MRC’s offices located in Lachute’s gare historique (540, Berry Street) for a $10 fee. The documentary is bilingual from beginning to end.

The first public showing of the film will occur in Brownsburg-Chatham during Café Canopée on June 3, 2018, at 2:30pm.