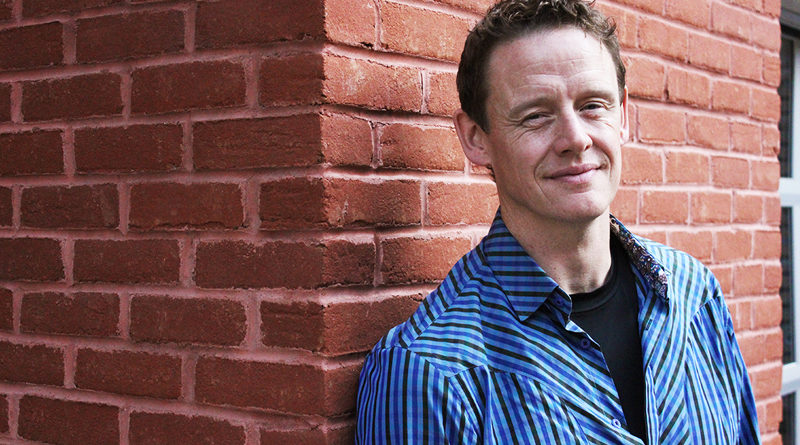 Joel Harden brings a grassroots approach to politics, representing the ONDP for Ottawa Centre in the next provincial election. (submitted photo)

There are more people in the crowd than on stage, and while life gives us ample opportunity to validate the truthfulness of this statement on many fronts, it rings particularly true with politics.

If one views an election as one big festival facing a massive stage, one can easily picture politicians taking turns on the mic addressing the crowd.

That’s not where you’d find Joel Harden, though. Odds are he’s standing right next to you, in the crowd, getting to know everyone a bit better.

Nowadays, Harden is indeed standing in the middle of both crowd and election, representing Ottawa Centre for the Ontario New Democratic Party (ONDP).

His platform and, specifically, his confidence in said platform is based on an interesting and fulfilling life spent among the people of various communities listening, learning and growing as both individual and political figure.

For him, the path to community organizing and politics started early, back in his younger days, growing up in Vankleek Hill – the place he considers his home town.

“My mom and dad were very active in the community. Still are. I remember our house being a hub of chaos, full of musicians and people celebrating. I’m used to chaos in a home. I’m used to activity and people interrupting people in lively conversation.”

It’s clear that Harden was already paying attention to the social pulse while growing up, amassing valuable lessons that still serve him today.

“The thing about living in a small town… You make a really bad choice if you act like a jerk. When you need help, it’s your neighbours that show up.”

In his teenage years, Harden got his first taste of fighting for a cause, laying the groundwork for what would become a defining trait.

“It was linked to the linguistic divide that always existed in our area. The French kids in our school were being shipped off to Hawkesbury when I was in grade 10. That was my first protest; walking out to oppose that. I wanted to learn, to immerse myself! I thought it was a ridiculous decision.”

Even though Harden was always an active member of his community, fighting for his beliefs, he wasn’t always a politician.

“I’ve always been interested in politics, fighting for justice, but the politician shift is recent. I’ll admit I was skeptical of government and politicians like a lot of friends and family members. It kept me at arms length for a long time.”

For Harden, the seeds of his political career were planted a few decades ago, after a chance meeting with Jack Layton and Olivia Chow.

“I had green hair and red Doc Martens, running around trying to stop a very aggressive conservative government from picking on the poor. I was fighting them on the street, trying to mobilize the community. I met Jack and Olivia at various events and they eventually pulled me aside and said: ‘Joel, we want you to run for school board trustee’. I answered: ‘Why would I do that!?’ I’m not about ego.”

This type of relationship with the NDP lasted a while – a common trait for many activists on the left, according to Harden.

“I supported them personally and at the ballot box but most of my time was spent fighting with community movements.”

Approximately 20 years later, a series of events turned the “unofficial” into what would become a political campaign.

“A big thing was having kids. It seems cliché, but it’s true. When I see their generation potentially inheriting a “worse-off” situation… I don’t care what the issue is: work, climate change, racism or homophobia. I started asking: ‘Is the work I’m doing enough?'”.

This new-found motivation saw Harden undertaking new dialog with those around him. This course of action led to a feeling of déjà-vu.

“Just like Jack and Olivia, young NDP-ers in the area starting telling me: ‘Joel, you should be a candidate’. I immediately answered: ‘Aren’t there enough formally educated white guys in politics? Seriously, try to find someone else.’ But they didn’t stop!”

Eventually, those closest to Harden joined the chorus, reiterating the strength of grassroots movements that had recently made a difference both home and abroad.

“I’ll admit being up very late on the night of June 8, 2017, and seeing the returns coming from the UK election. Big victory for the Labour Party; biggest since 1945. Forty per cent of the popular vote running on a campaign of eliminating tuition fees, nationalizing key services, fighting climate change while creating jobs for energy workers… People said: ‘Look, Joel! This isn’t just good in principle, it’s electable!'”

Not long after, Harden joined in the nomination race and today, out of his campaign headquarters, he officially represents Ottawa Centre for the ONDP in the upcoming provincial election.

Having literally written one of the books on the topic, it’s no surprise that Harden is oft-associated with a grassroots approach.

Like any label, however, grassroots isn’t always easy to explain, falling prey to out-of-context examples in lieu of clear definition.

Harden clearly doesn’t have this problem. For him, grassroots simply means “earning respect at the local level.”

“A lot of politicians ‘talk grassroots’, but actions speak louder than words. Who do you hang out with? What’s your reference point? Who do you ultimately serve when you look at who made financial contributions? My campaign has been fueled by true grassroots contributions. We may not have ‘organized money’, but we have organized people.”

Earning true respect means one must not only stand among the crowd, but listen to it. For Harden, one of the most important lessons learned was on the importance of listening; a lesson that came after a difficult day co-organizing a union drive.

“It was a bad day. I hadn’t signed one union card. People were nice but said ‘no’. A colleague and expert on the matter (she had been at my side all day) sat down with me and said: ‘Can I level with you? You’re nice, you smile but you talk too much. The secret to organizing is listening.’ I take that lesson with me always, to this day.”

At the local level

Even though he has been living in Ottawa for over 10 years, Harden is still attached to his home town of Vankleek Hill and to the lessons he learned there. Since he left, he fought many social battles, accumulating life lessons and coming to conclusions that can, now, be applied to those back home who still feel reluctant about political involvement on any scale.

“You can ignore politics, but politics will not ignore you. Politics drives up your hydro bill and fills your hospitals. I understand why people don’t trust politicians. I have fierce disagreements even with people inside my own party. I believe it’s time for these disagreements to come out. People want debate and constructive arguments.”

Harden invites all to hold politicians, including him, accountable. Small town or not, for him, it’s about mutual respect. If people feel like the establishment isn’t being respectful, they should find a way to take it on; to care.

“If people don’t care about politics they have two choices: they can let things get worse or help them get better. If your usual choice offers diminishing returns, pick something different.”

On Saturday, April 14, 2018, Harden will be visiting Vankleek Hill and attending an event at Beau’s, hosted by his parents. Any and all are invited to come and meet Joel and his family between 7 p.m. and 9 p.m. There will be music, eats and beverages, of course, along with lots of ideas on the menu.

“I’m proud of Vankleek Hill. I’m proud of my town, of the values I was raised with. How can we use what’s positive about places like Vankleek Hill to change our politics; to go across divides?”

Those who wish to know more about Harden and his campaign may visit his website, http://www.joelharden.ca/.