Crime round-up: theft, break and enter and arrests made related to 2016 accident 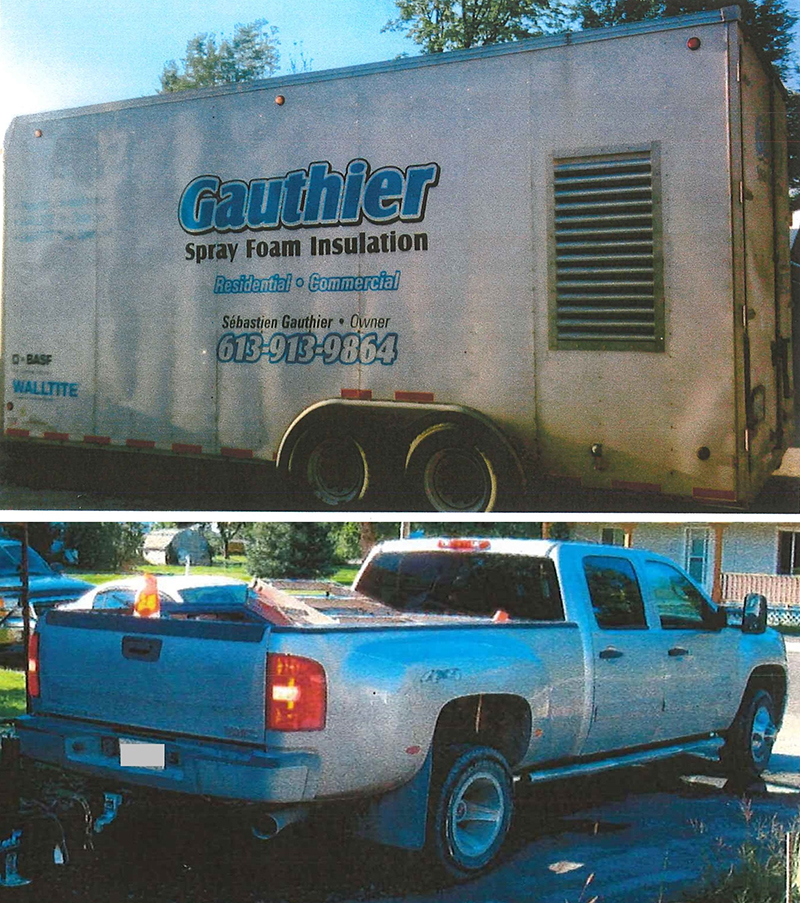 Theft of Vehicle and Trailer

The Hawkesbury Detachment of the Ontario Provincial Police (OPP) needs your help in solving a theft of a motor vehicle and trailer that occurred the night of Saturday March 10, 2018. The items were stolen from a private property on Route 4 in the Alfred-Plantagenet Township.

The grey 2009 GMC Sierra 3500 pickup truck and the white 2008 United UXT Trailer filled with machinery equipment are valued at over $180,000 in total. The trailer is a 20 foot white trailer with blue decals on both sides “Gauthier Spray Foam and Insulation” with phone number.

Anyone with information about this matter is asked to contact Constable Eftichios Kombitsakis or Constable Pat Chartrand at the Hawkesbury OPP at 613-632-2729 or 1-888-310-1122.

Constable Matthew Priess of the Hawkesbury OPP Detachment is investigating a residential break and enter incident that occurred the night of March 17, 2018 on Gibbs Road in the East Hawkesbury Township.

The investigation revealed that the culprit(s) gained entry to the residence and barn stealing multiple tools, jerry cans filled with diesel, and tires with Volkswagen mags, valued at over $6,000 in total.

The suspect vehicle is described as a dark colored Chevy Colorado pickup truck. 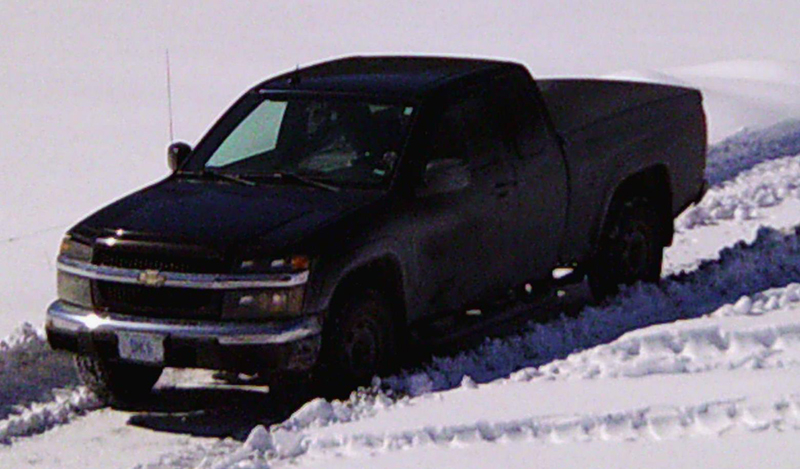 On March 17, 2018, Constable Matthew Priess responded to a report of a theft of metal industrial racks from a business property, situated on Terry Fox Drive in the Champlain Township.

The image of the vehicle and suspect were captured on surveillance camera.

On March 21, 2018 at approximately 1:50 am, the Hawkesbury OPP officer located the vehicle and suspect in the Town of Hawkesbury. A 39-year-old Grenville man was arrested and charged under the Criminal Code of Canada with Theft Under $5000.

He was later released and scheduled to appear at the Ontario Court of Justice located in L’Orignal on April 11, 2018

On November 29, 2016 at approximately 3:40 am, officers from the Hawkesbury Detachment of the Ontario Provincial Police (OPP), paramedics, Fire Department and OPP Technical Traffic Collision Investigators (TTCI) attended the scene of a motor vehicle collision on Highway 417 westbound lanes in the East Hawkesbury Township. The collision involved three (3) tractor trailer units, two (2) of which had been fully consumed by fire, resulting in the fatality of a 36-year-old male from St-Mathieu-De-Beloeil, QC.

In February, 2018 as a result of this investigation, the Hawkesbury OPP Detachment has charged two (2) males from Montreal, QC.

A 37-year-old male from Montreal, QC was arrested and charged under the Criminal Code of Canada with “Dangerous Operation of Motor Vehicle Causing Death”.

A 37-year-old male from Montreal, QC was arrested and charged under the Criminal Code of Canada with “Causing Death by Criminal Negligence”.

They were both released on a Recognizance of Bail and are scheduled to appear at the Ontario Court of Justice located in L’Orignal on April 4, 2018.

If you have information regarding any criminal matters and wish to remain anonymous, you are encouraged to contact Crime Stoppers at 1-800-222-8477 (TIPS).

Persons giving tips to Crime Stoppers that lead to an arrest may be eligible for a cash reward. Crime Stoppers does not subscribe to Call Display. Your call will stay anonymous and your presence won’t be needed in court. Tips can also be sent via text message and e-mail. For more information, visit the National Capital Crime Stoppers’ website at www.CrimeStoppers.ca.