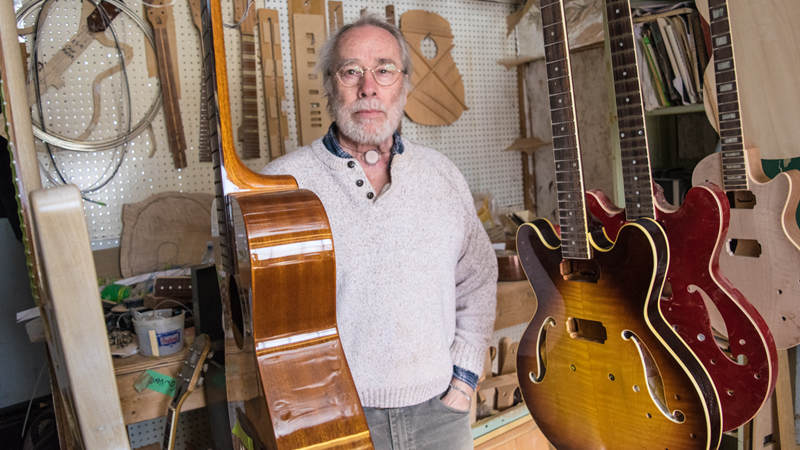 Brian Monty standing in the middle of his cozy workshop. The legendary luthier has been making custom guitars for over 40 years. Photo credit: Cedrik Bertrand

In the musical world, Monty is widely known and loved for his skill as a luthier, a skill he’s been putting to good use for 41 years after first opening up shop in Calgary back in 1977.

“Back when I was living in Sherbrooke, I used to have to go to Montreal to have my guitars fixed. There was a shop at the corner of Sherbrooke and Côte-des-Neiges called Rufus’ Guitar Shop. I walked in and liked the feel. I told myself: ‘I’d like to do this’.”

After moving to Calgary, Monty followed through on that ambition.

“I went to Keen Craft Music, the biggest store in town. I said to them: ‘If you can’t service automobiles, you can’t sell them. Same for guitars.’ There was a space downstairs and the guys told me to open up shop. And I did.”

His heart still belonging to the Cantons de l’Est; 1979 saw Monty move back home to Lennoxville, where he once again opened up shop “on a whim and a prayer”.

One thing led to another; repairing naturally became building and in 1979, Monty built his first guitar, a flat-top, followed by some electrics.

Archtop guitars are challenging in part because of their versatility. According to Monty, one can play anything on those, even though they are often associated with jazz or big bands, their acoustics allowing the projected sound to cut through the horns.

Building a custom guitar can take Monty anywhere from 24 to a couple hundred man hours.

“I built another [archtop] after that and ended up giving it to Pat Metheny. I was going through a tough time back then… My head wasn’t screwed on right.”

Crafting a musical instrument from scratch is a very involved process. For Monty, it all starts with that first conversation with a potential customer.

“Most of the time, customers have something in mind. If they don’t, I’ll ask ‘what feel are you looking for?’ I go from there.”

From the mold to the neck, everything is then custom-built based on the demands of the customer.

Monty’s shop even has an amazing selection of wood, as the material greatly influences the texture of a hollow-bodied instrument’s sound.

Visiting Monty’s workshop is an experience in itself; a mesmerizing display of organized chaos, a true mark of passion, blanketed with the smells of various pieces of wood. The birthing place of countless musical instruments, each a work of art.

“The more you play a guitar, the more it moves, the more it loosens up… The better it sounds. They’re meant to be played.”

At 66, Monty has no intention of retiring any time soon.

Tuesday with the Supers

At the dawn of 2018, Monty started putting together a band with the simple intention of finding a place to play and share good music.

The group, the Supers, now hosts a monthly show at Vankleek Hill’s Windsor Tavern called Tuesday with the Supers.

“I called up some friends: Stephen Barry, Gordon Adamson and Jody Golick, who were part of the Granary Blues All-Stars. We brought on Rob Lemieux on piano, Sonja Ball on vocals, Roger Sarazin and Craig Miller.”

“We’ve got good singers, including Katie Ditschun from Alexandria… I discovered her accidentally!”

Monty stated that the set-list showcases the singers’ talent, since eight out of the nine musicians are talented vocalists.

“I like big bands. I’m always hoping we get a good turnout. I don’t take money, but I have a lot of people to pay and we’re playing for the door. I’m hoping people will come and support it. I’m trying to present good music. If nobody is interested, well, we’ll start playing somewhere else.”

So far, it seems Monty has nothing to be worried about, since the March 20 show was played before a packed Windsor Tavern, full of people from all around who came to be dazzled by the Supers’ rich and groovy sound.

The audience was treated to blues, soul, funk and gospel (to name a few genres), all played by a nine-piece outfit.

In closing, Monty reiterates his passion for live music through a message:

“If people want to have good music, real good music once a month, they better start attending. I need that place full! Where else will you get a nine-piece band for a $10 entry fee?”

Anyone interested in learning more about Monty and his craft can visit his website, montyguitars.com. During the March 20 performance, the Supers told the crowd to come back on Tuesday, April 17, 2018 for their fourth show. 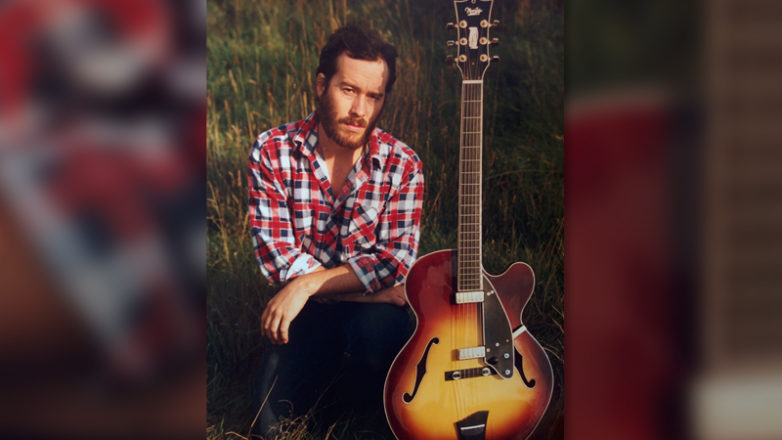 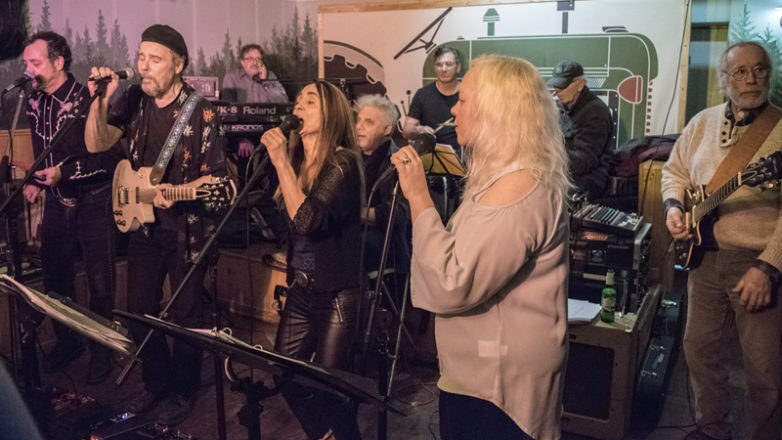 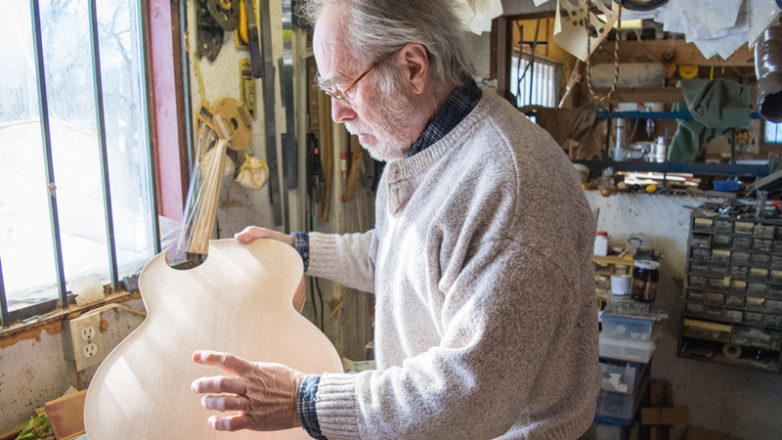