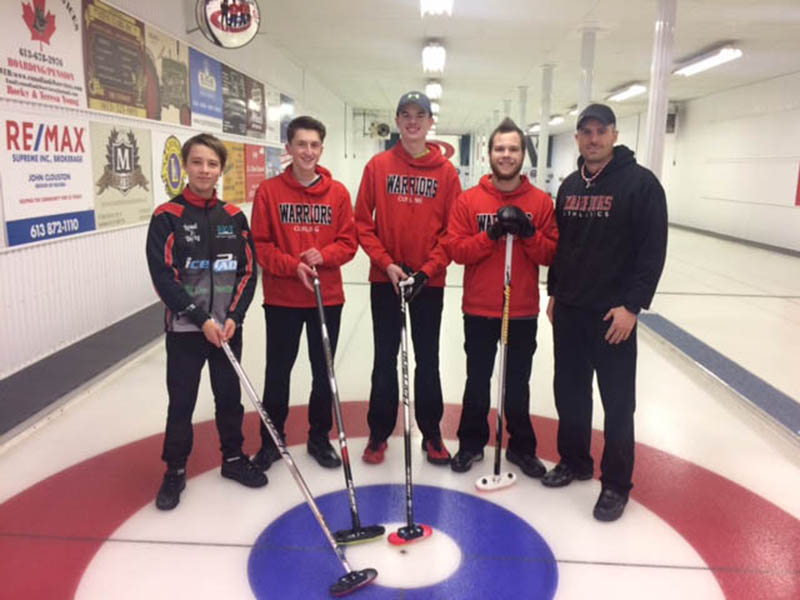 The Vankleek Hill Collegiate Institute (VCI) boys curling team played in the Gore Mutual Regionals on Feb 2-3-4, 2018 in Vankleek Hill and Maxville. According to their coach, Dan Tremblay, the Warriors had difficult time vs Followes High School (Pembroke) in their first game losing 8-5. Fellowes eventually went on to win the “A” division of the Regionals. The boys then played on Saturday in Maxville vs East Northumberland Secondary School in the “B” side of the bracket and needed to win to stay alive. They played much better and won 9-5. On Sunday, the Warriors needed to string together three consecutive wins in order to move on to the provincial tournament and that’s exactly what they did. VCI defeated Loyalist (Kingston) 9-0, All Saints High School (Kanata) 9-3 and North Dundas District High School 5-4.

The team has now qualified for the provincial tournament for the second consecutive year; the tournament will take place in Sarnia on February 15, 16 and 17. This tournament allows the top eight provincial teams to face off against each other.