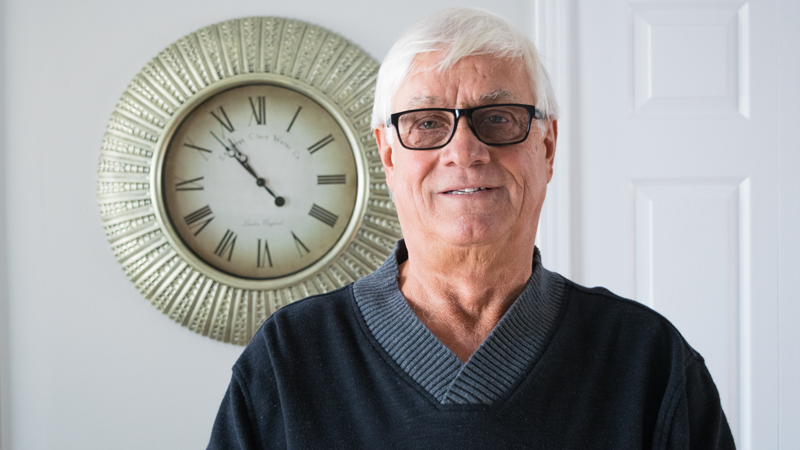 Jacques Lacelle is nearing the end of his second term as one of L’Orignal’s two representatives as a Champlain Township councillor.

When asked if he would enter the race for a third time in May, 2018, his answer was a definite “Yes”.

“I’m someone who listens to the population,” said Lacelle, adding that “When someone needs me, I’m there. Not just over the phone. I’ll come and help in person. Every time.”

Lacelle prides himself on being very active in his community. As a resident of L’Orignal for nearly 20 years, he has contributed time and energy to many causes, from holiday food baskets to Canada Day.

“I’m also president of the L’Orignal Food Bank. I’m involved in pretty much everything that’s going on in the village.”

Even before becoming a resident, Lacelle visited his ward as a worker.

“I worked for IVACO for 30 years. I worked the plant, the offices; I operated almost everything in there.”

Representing a ward isn’t without its share of trials. For Champlain, the overarching challenge stems from tax rates, according to Lacelle.

“Champlain has the second-lowest tax rate in all of Prescott and Russell (East Hawkesbury being the lowest). There was a recent rate hike of 8.9%, which seems high, but it’s a big challenge, year after year.”

Despite this fact, Lacelle is confident in his local-scale wish list.

“‘We’d like to change the L’Orignal ice rink’s boards, which will be done in two phases. Longueuil Street was recently redone, but some residents still have a road-side ditch and have been asking to get them filled for decades. This should be done this year; it’s in the budget. Also, we’ll be installing a net at the baseball field to protect the skate park from incoming baseballs.”

On top of infrastructure-related projects, for Lacelle, there’s the recurring issue of L’Orignal’s new community centre.

“I know some people would like to see a three or four-million-dollar community centre, but that’s not happening. We will have a community centre we can afford and it’ll be built in L’Orignal Park. Studies were conducted by professional firms and they recommend we not spend millions on this. Remember, a community centre doesn’t generate profit.”

Lacelle seems determined and ready for a third term. When asked what message he wished to give his ward, Lacelle had this to say:

“I’ll keep listening, working and fighting for all of you. I’ll always be honest. I believe I’ve given 100% over the last eight years and I’ll keep doing just that. If I planned on giving anything lower than 100%, I wouldn’t be running.”