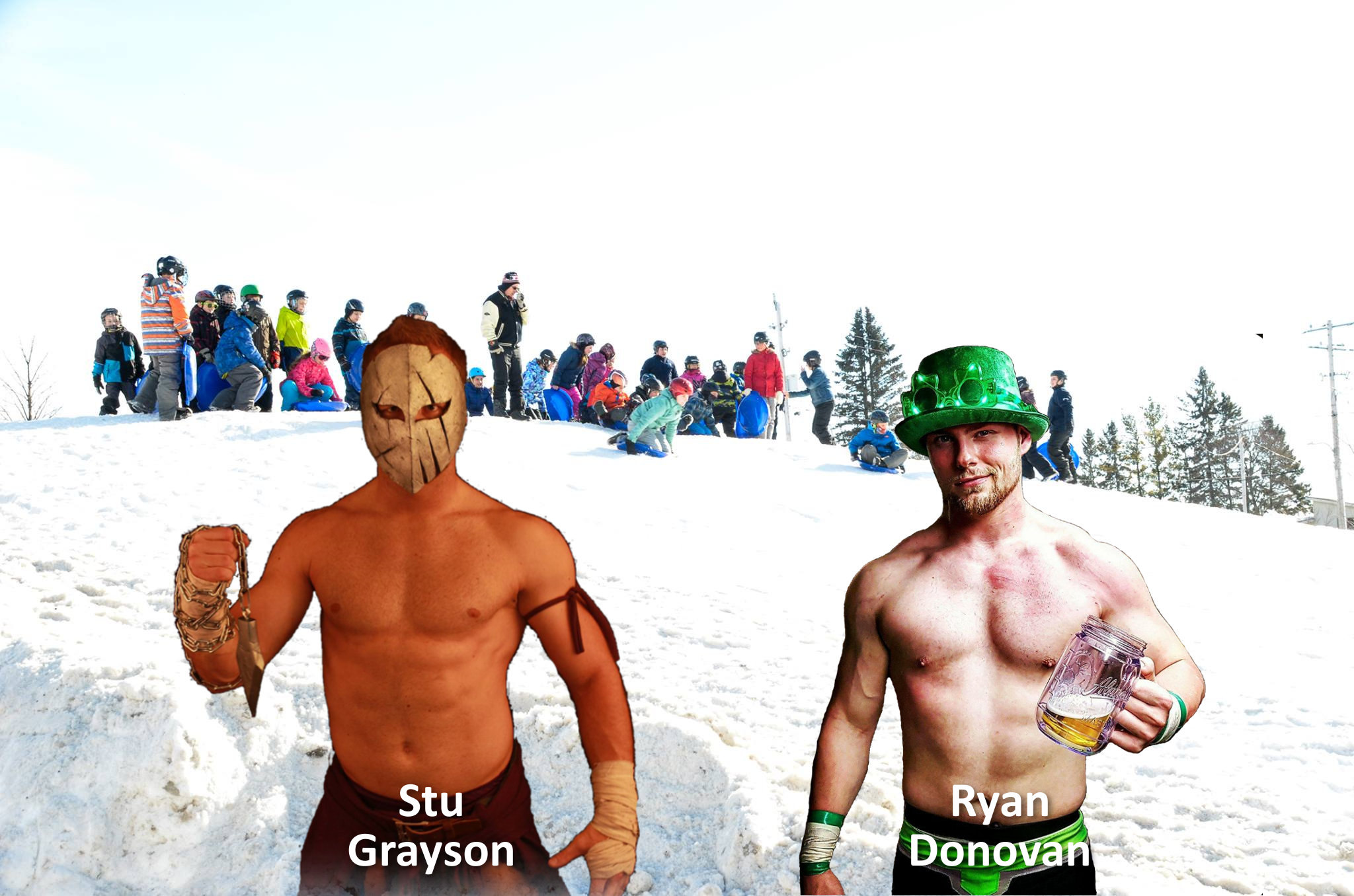 For the first time in the town’s history, Vankleek Hill will host live professional wrestling on Friday February 2 at 6:30 p.m. at Vankleek Hill Collegiate Institute.  The event will kick off the 2018 Champlain Winter Carnival which will be happening over the weekend. Admission to the event is free.

The first time, you say?  But I’m certain I saw wrestling at the fair just last summer!!! One thing you need to understand about professional wrestling is that to enjoy it, you must have a very short memory.  In a world of intertwined storylines and gimmick matches such as Buried Alive and Casket matches, you can’t put too much stock in what you saw in the past.  So as I said, “for the first time in the town’s history”.

The main event will feature MVP (Michael Von Payton) taking on Stu Grayson.  Grayson was recently featured on the Colt Cabana’s “The Art of Wrestling” podcast which is one of the industries most widely listened to podcasts.  Originally from Quebec City, Grayson moved to the capital area to pursue his wrestling dream.  He has been tearing up the Indie Wrestling scene since 2007.  Grayson frequently wrestles as a member of the tag team Super Smash Bros and has competed in the prestigious Ring of Honor promotion.

On the local front, Green Valley’s Ryan “The Irish Underdog” Donovan is expected to get one of the biggest “pops” of the night when he makes his way to the ring.  The Glengarry native has been wrestling for the past three years and was trained by Wayne Cryderman at Bodyslammers Canada wrestling school in Ottawa.  Donovan who is approximately 5’7 and 185 lbs would have been considered too small to be a professional wrestler in the 80’s and 90’s.  Today the landscape has changed making way for smaller more skilled performers in the mold of Rey Mysterio and current WWE megastar Finn Balor.

A pop is the amount of crowd reaction that a wrestler generates.  This can be in the form of cheers, boos or chants.  See below for a list of wrestling chants.

The wrestling is brought to you free of charge by the Champlain Winter Carnival.  The action gets underway at 7 pm (doors open at 6 pm).  Get there early as we are expecting capacity crowds.

This article was written by Jason Jackson, clearly a pro wrestling enthusiast!