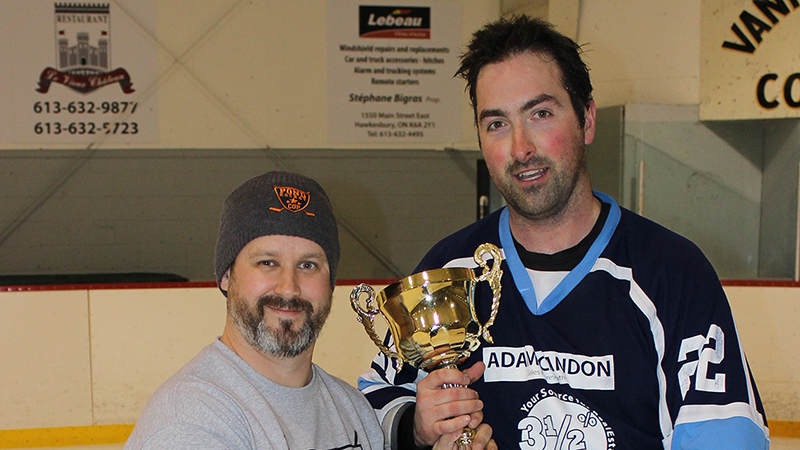 The 14th edition of the Pond Rocket Hockey Tournament will be held at the Vankleek Hill Arena on March 30 and 31. Jason Jackson, who founded the Pond Rocket tournament 14 years ago with Derek Duval and Danny Duval, is expecting another success this year. The event takes its name from the sporting goods shop the trio had in Vankleek Hill at one time: Pond Rocket Sports.

“We had only one ice rink in town, which meant only eight teams could participate. So we decided to have teams of four people and play intensive half-hour games. We hired a band for the Saturday night which was a blast so we knew right after the first year that we had the right formula,” said Jackson.

At the time, Jackson was in his late 20s, Derek Duval was in college and Danny Duval was still in high school, playing for the Hawkesbury Hawks. They all were in different circles so therefore they had a wide range of players available to participate.

“Every year we try to get NHL players to play in the tournament, like the first year we had Dan McGillis. The level of play was just great! This year, for the 14th edition, we will try to have him again with us.”

On Friday evening, March 30, there will be entertainment; the band is not yet confirmed. On the Saturday evening, the Gilles Arseneault Band will be playing upstairs in the community centre hall.

“Every year we give around $1,700 to a youth charity. Last year we gave to the Vankleek Hill Minor Soccer and this year we will be giving the funds raised to Vankleek Hill Collegiate Institute (VCI) for kids in the Budding Program and the kids who are going to Europe to visit Vimy Ridge. We try to give back to the community as best we can,” said Jackson.

“Pond Rocket is also involved in soccer in the summer and we are getting into professional wrestling also. This is a side gig and not my full-time job but it really is a passion for me.”