CSDCEO has been busy renovating schools 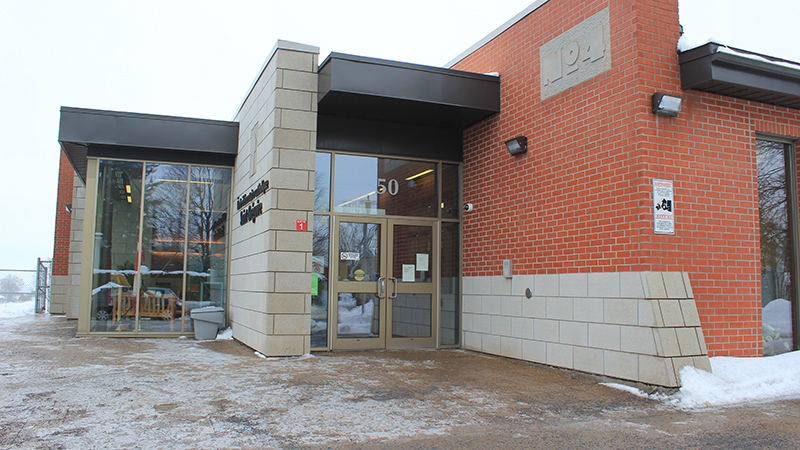 École élémentaire catholique Saint-Grégoire had a major face lift in 2008.

The Ontario Ministry of Education has announced that it will be funding repairs, additions and upgrades in 79 schools across the province. The Conseil scolaire de district catholique de l’Est ontarien has capitalized on the provincial government’s initiative and has already undertaken many construction projects throughout its territory. The most prominent project is the $1.2-million investment in the construction of eight additional classrooms at école élémentaire catholique Saint-Joseph in Wendover in 2017.

“There are two types of requests, some are for repairs or upgrades of schools which need to be modernized in order to make them more energy-efficient and the other is when we have a growth in population in a certain sector and need more space to welcome more students,” said Martin Lavigne, Superintendent of Business and Treasurer at CSDCEO.

For a long time, école élémentaire catholique Saint-Joseph in Wendover had only 60 students and was about to be closed in 2003, but because of new developments, more families came to settle in the town. The elementary school now has 175 students. Before the major addition of 8 classes, only 100 students could fit in the school. So in these cases, we  used modular classes set up outside on school grounds as a temporary solution. Now we are very happy to have the additional rooms to accommodate the growing population of Wendover.”

School boards can submit their requests twice a year to the Ministry of Education to ask for funding. In most cases, the Ministry will pay 100 percent of the cost for construction projects, but in certain cases the school boards need to fund parts of the project.

There are certain schools in Ontario that are not being used to capacity and the Ministry will consider amalgamating schools by closing two and renovating the third one or closing them all and building a new one, depending on what would be the best investment.

“Let’s say we have an addition to build to accommodate more students, the old section of the school where it meets with the new section, will need to be renovated in order to match the new construction. The school board has an envelope of funds for renovations and we use it in those cases. A good example of that is the école élémentaire St-Grégoire in Vankleek Hill, which has seen major work done in 2008 and where the school board invested some funds in order to renovate the school in order to match the new addition,” said Lavigne. More recently, renovations took place at the school which is now accommodating Champlain Day Care.

School boards can also ask for expansion or construction projects for day cares located at their schools since day cares are now under the Ministry of Education. A school board can independently request funding to upgrade or build schools, but when it comes to day cares they have to formulate their request along with the UCPR.

The CSDCEO also received news that it was receiving $3,942,613 for the creation of 186 new spaces in the Stormont, Dundas, Glengarry, Prescott and Russell Day cares. The announcement was made by Premier Kathleen Wynne, who recently unveiled the creation of new child care spaces in nearly 200 Ontario schools.

“Our growth is mostly concentrated in the west near Ottawa and we have stability in the east. Casselman, Embrun, Rockland, Wendover and Hammond have all seen growth and so did our schools. But for schools which have seen little to no growth, we still invest in them. In the past two years the Ministry of Education has put forward more funding to make schools more energy efficient when they realized that most schools were ageing. Making schools more efficient and green also helps lower energy cost,” concluded Lavigne.