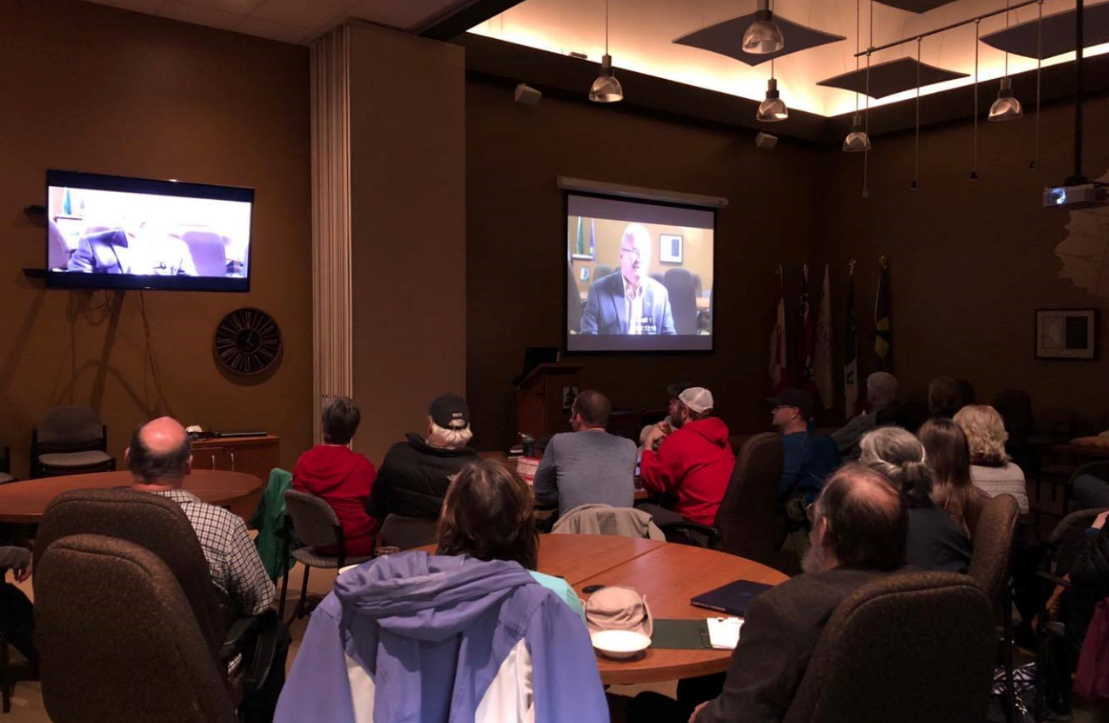 Just like an afternoon at the movie theatre, the popcorn and penny candy were flowing November 5, as South Nation Conservation (SNC) presented its first-ever Film Festival to help celebrate the organization’s 70th anniversary.

A near-capacity crowd sat back and enjoyed a two-hour show opening with video shorts, followed by the unveiling of SNC’s promotional video, and topped off with the feature Call of the Forests: The Forgotten Wisdom of the Trees by Jeff McKay.

The festival was co-hosted by the Geocachers of Eastern Ontario as a celebration of outdoor recreation, which continues all winter at select SNC Conservation Areas.

This month’s film festival was only the latest event in what has been a busy year of celebrations for SNC.

Back in January, SNC kicked-off its 70th Anniversary celebrations with a snowshoe hike through Warwick Forest Conservation Area in Berwick. That was followed by the annual Cache-In-Trash-Out clean-up event, Bus Tour, Open House and Family Fun Derby, to name a few.

The celebrations aren’t done yet. Leading up to Christmas, SNC staff will be volunteering their time at local charities across the jurisdiction to give back and help those in need.

Every year, SNC offers a portfolio of educational events and programs throughout its 4,384 square-kilometre jurisdiction. Visit www.nation.on.ca/events to learn more about SNC’s upcoming community events.