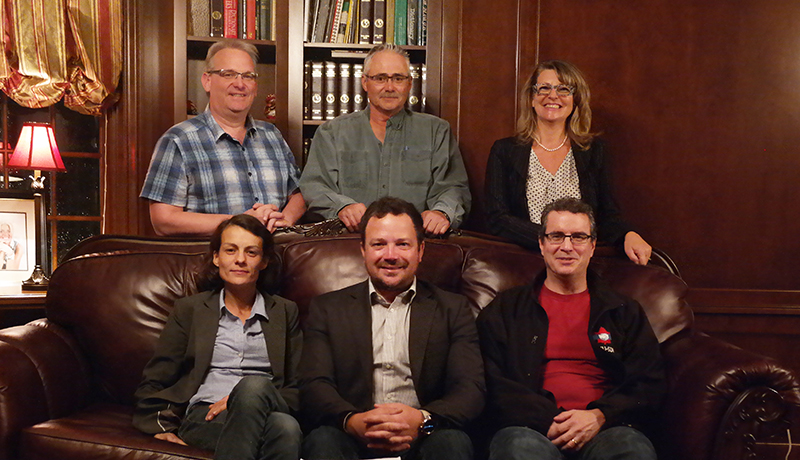 The old guard of Grenville-sur-la-Rouge have all been booted out and residents, with a turnout of 49.6 per cent, voted in droves for members of Alliance GSLR which includes Tom Arnold as Mayor, Manon Jutras, Ron Moran, Natalia Czarnecka, Denis Fillion, Serge Bourbonnais and Marc A. Legris as councillors. This political formation sprung from the SOS GSLR group, a group that opposed the a mine project and criticized the current administration for its handling of the project.

Alliance GSLR’s priorities are to oppose the Canada Carbon mining project as it is presented today, stating that it threatens the environment and contravenes the laws in place. According to Tom Arnold, they are not against mining, since the municipality was built on that industry. They simply believe that the Miller mining project has been poorly handled by the current administration and that the project needs to be revised thoroughly before even being considered.

“One of our priorities will be to protect our citizens and our environment from the real and potential risks to which the mine project exposes us, and to ensure that our natural resources are exploited respecting our environment,” says Arnold.

They also want to improve the road networks. According to Arnold, a clean-up of the municipal spending would allow them to asphalt up to 4 kilometers per year on main roads.

“My wish and my goal is to provide quality bilingual services, and to ensure that our infrastructure meets the needs of the population. To accomplish this important work, I have assembled a competent and dedicated team that cares about the quality of life and the development of our community. The quality of the roads has deteriorated since I was in the city 30 years ago, and it will be a priority to improve our road network,” says Arnold.

Tom Arnold also wants to improve the septic systems and to strengthen river banks on waterfront properties which were damaged by the flooding. He also states the current town planning laws needs to be revised and weeded out of unnecessary restrictions and that the town planning laws should be used to protect the environment all the while giving more liberty to residents who want to conduct environment friendly activities.

Below is a list of the election results for councillor positions: