A Town of Hawkesbury employee is suing the Town for a maximum of $250,000 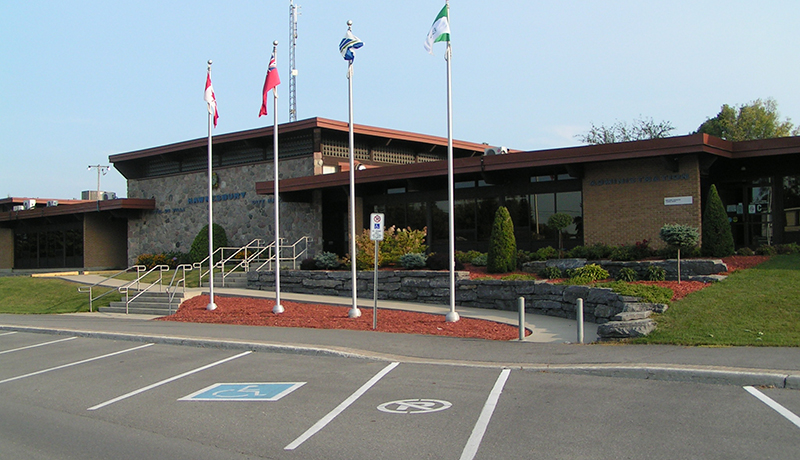 Denise Robitaille, who is still currently employed by the Town of Hawkesbury, is suing the town for allegedly violating her rights when she says she took over the tasks of the recreation director back in 2014 more than once and was never compensated in accordance with her increased responsibilities.

Denise Robitaille has  been employed  by the town since 1986 and currently is on staff at the Hawkesbury Library. She spent most of her municipal career as the administrative secretary in the recreation departments, a unionized position. According to the statement of claim obtained by The Review last week, the department’s former director was dismissed in the fall of 2014, which is when Robitaille says she took over the role’s daily tasks. Though she was never officially promoted, she alleges she was not paid for the increase in responsibility.

She alleges she was  instructed by the town to take a course on risk management and basic supervising, as well as attend a conference to learn about grants available to the recreation department. According to court documents, she successfully passed the class and attended the conference; all expenses were covered by the town.

She alleges she was then told by the recreation committee chairman, a position currently held by Councillor André Chamaillard, that she would need to formally apply to the position but, according the claim documents, it was implied that the position was hers for the taking and that the advertising and selection process was just a formality.

On June 22, 2015, Hawkesbury council authorized the human resources officer to proceed with the hiring process for a Manager of Recreational, Community and Cultural Activities position. According to court documents, Robitaille formally applied on July 9, 2015. After two interviews and a written draft recreational program, the documents further explain, Robitaille was informed in September of that year that the position had been filled by someone else. The court papers state Robitaille was “shocked and humiliated, given the previous representations that she would be the one filling the position.”

According to Robitaille, following a week-long vacation in early November, she was summoned to the HR office for, according to the court documents, “trumped up disciplinary reasons”— for the first time in 29 years of employment. She claims this was done in an attempt to demoralize her so that she would quit her job at the municipality.

On November 12, 2015, Robitaille was informed that a recreation coordinator was hired on a contract basis by the town, separate from the position of director. She  alleges that it furthermore humiliated her and that it was part of a pattern of conduct intended to emotionally harm her.

According to Robitaille, she met with Mayor Jeanne Charlebois and the chairman of the recreation committee on January 2016 to discuss her salary adjustment for the additional tasks she took on as de facto recreation director between January and September  2015. Robitaille claims that she was assured that she would be receiving retroactive pay. She alleges her written request was never followed by a reply and action was not taken on the pay adjustment.

Court documents further state that she was informed on April 21, 2016 that her unionized position of administrative secretary was to be abolished about two weeks later. At the same meeting, according to Robitaille, she was offered the non-unionized recreation coordinator position, which she says came with no increase in salary, fewer hours, fewer benefits, less holidays, night shifts and working weekends.

She was given five days to make a decision. She opted not to take the position. The secretary role was then abolished with tasks spread among five other employees.

Robitaille alleges that the abuse and humiliation continued throughout 2016. She claims she applied  to a  position in the finance department. After writing the exam she was told that she didn’t pass and alleges her score was  made public, while those of other candidates were not. She claims that the exams were not done following the union’s collective agreement.

Court documents state Robitaille took multiple medical leaves due to the stress and emotional harm. At one point, according to her claim, the human resources officer  gave Robitaille a health questionnaire for her doctor to fill out, but her doctor refused to do so on the grounds that he did not want to reveal confidential medical information.

On May 9, 2016, Robitaille alleges she came in to work with no position to fill. She says she was instructed to go to the recreation department but her desk was missing. She was then allegedly told to go to the storage room to put documents in order. The job was completed in three days and she claims she then sat in the conference room with nothing to do.  She claims this was done to further humiliate her and encourage her to quit.

On June 20, 2016, she began working in her current position as the administrative secretary at the Hawkesbury Public Library. She claims the human resources officer called the library’s CAO and asked about her performance and behaviour in order to further emotionally harm her.

“My rights were violated. All the information is in the claim, that is all I will say for now,” said Robitaille in a phone interview.

Mayor Jeanne Charlebois said that she can’t comment on the case as it will be going to court.

The case will be heard in Ottawa.