Dismantling of convent to begin September 27 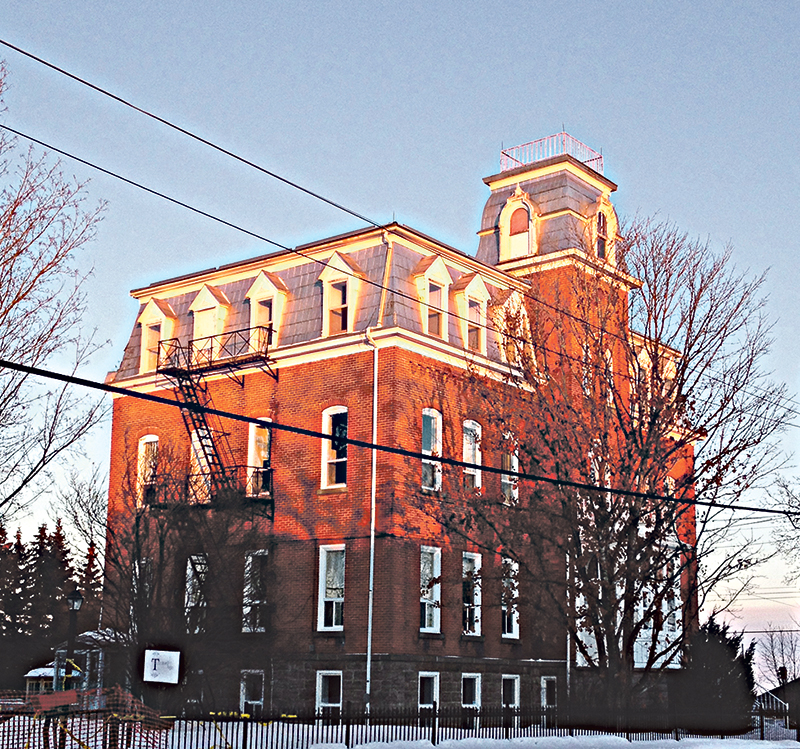 Developer G. Dupont General Contractor says that the company did its best when it comes to the fate of the Sisters of Ste-Marie Convent on Higginson Street in Vankleek Hill.
The developer purchased the property recently and last week, The Review reported that condos would be built on the property after it is demolished.
Talking about the fate of the building, the developer says that many of the building’s elements and materials will be re-used. A local restoration firm owned by Claude Brabant will re-use the doors, baseboards, facings, bricks, stones and the “bell tower” which is at the top of the building.
The company further notes that there are no religious items inside the building; all such items were removed a long time ago, prior to the demolition of the rear portion of the building, which contained the chapel.
Further, the developer will re-use any materials it can salvage from the demolition process.
A few pieces of antique furniture were found inside the building and these are being sold to interested parties.
As for the future use of the lots, G. Dupont General Contractor Inc. will be building one semi-detached (two dwelling units) with a double garage facing Stanley Street and the owner will occupy one of the two units.
Five other semi-detached (10 dwelling units) will be built on Higginson Street, each with a lot frontage of 70 feet with depth of 200 feet.
The building has never been registered as a heritage building, notes the company, adding that a representative from the Vankleek Hill Historical Society will be taking photos before the demolition.
The company says, “We are looking forward to building and providing this community new homes thus enhancing the beautification of the present corner lots.”
Dismantling of the building will begin on Wednesday, September 27.

The “bell” tower will be removed from the building on Wednesday or Thursday, September 27-28.
The entire building will be demolished within about three weeks. Construction of the semi-detached units should start in November 2017.