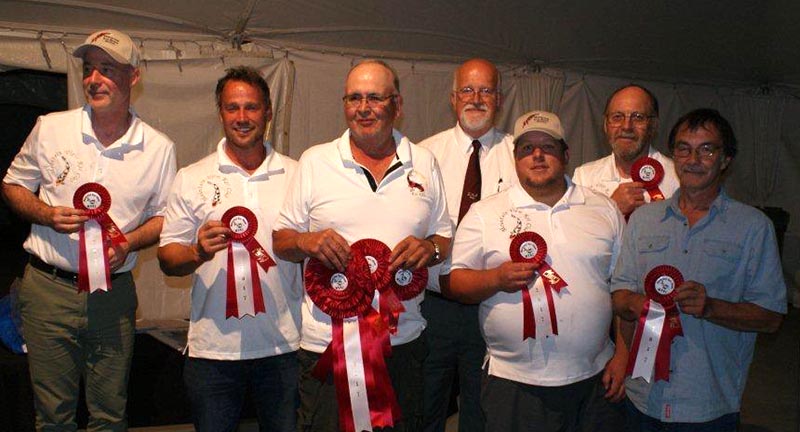 Eight keepers committed to showing their koi, six of whom were members of the MVKC. 49 koi were registered for the show. Mike Frady, a certified Koi Judge from the American Koi Judges of America Group, was judging the varieties of Gosanke, Shiro Utsuri, Non Gosanke, Long Fin and Jumbo Koi varieties – for the People’s Choice Awards, the public would vote on their favourite koi. The results were announced at the awards banquet later in the evening; Leigh Mode’s koi won in the three main categories: Grand Champion Koi – Showa Over 20 Inches; Senior Champion Koi – Showa Under 20 Inches; and Junior Champion Koi – Kohaku Under 15 Inches.