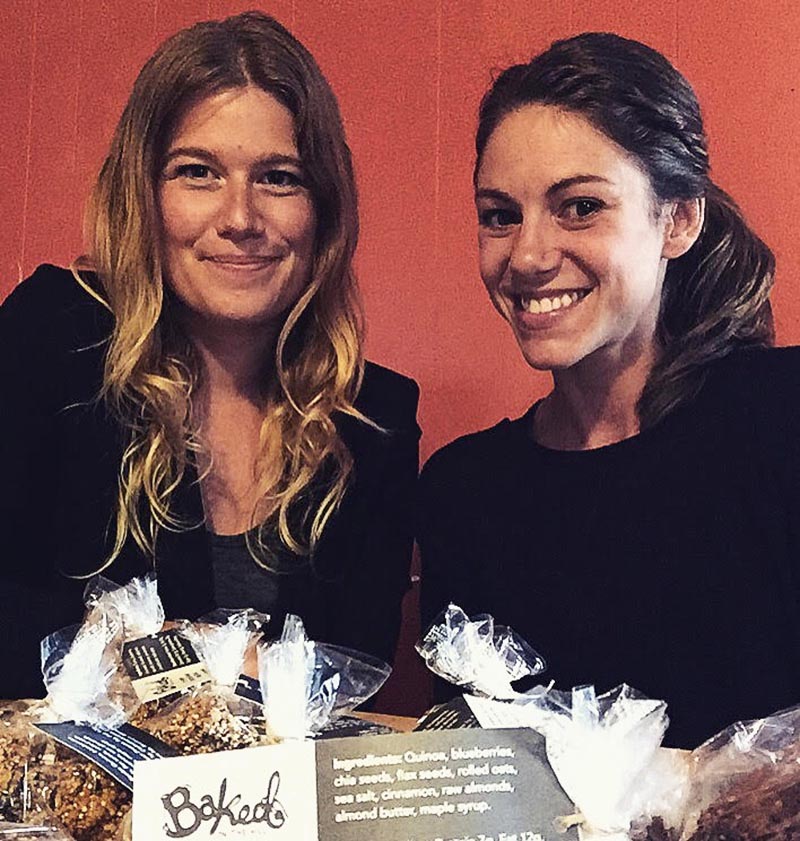 Finding it hard to satisfy your sweet tooth while trying to stick to a healthy, natural diet? Don’t cave in and pick up that box of doughnuts just yet—a better solution may be on the way.

Baked on the Hill, a new natural plant-based baked-goods business, is coming soon to Vankleek Hill and the surrounding area. The business is a partnership between friends Celta Riden, a local designer and entrepreneur, and Beth Demarte, a professional baker at the Vert Fourchette restaurant in Vankleek Hill.

The company plans to rent out commercial kitchen space in the local area and to sell its products at locations in line with its company identity. One such location is The Pantry, a bakery which will be opening in Vankleek Hill on July 29.

Riden and Demarte say that the Vankleek Hill area made for an appealing location due to the community’s welcoming attitude and support for local businesses.

Though neither of them are vegan, both Riden and Demarte share an interest in promoting healthy, natural lifestyles. The two see the prospect of bringing vegan baking to the area as a perfect way to do just that.

“Living in a rural area, there’s a small selection of places that offer healthy baked goods, especially those that focus on more plant-based whole food ingredients,” Riden says.”I saw an opportunity to turn my love for baking into something more than just a hobby.”

Riden first became acquainted with vegan foods over the last few years, after developing sensitivity towards meat and dairy products. She soon began to cut out certain foods in favour of focusing on a more plant-based diet. From there, she quickly fell in love with vegan baking.

“It allowed me to get creative in the kitchen and experiment with ingredient alternatives yet still achieve textures and tastes I wanted,” Riden says.

After meeting Riden about a year ago through mutual friends, Demarte says their shared interests, goals, and values made for an easy developing friendship. When Riden approached Demarte with the idea of starting Baked on the Hill, Demarte was eager to join in as a partner.

“I loved it and definitely wanted to be a part of it,” Demarte says.

Beth says she always had a passion for baking but it wasn’t until her mid-20’s that she decided to turn her passion into a career.

Beth quit her job in retail and went back to school. She completed the Baking and Pastry Arts program at Algonquin College and did some freelance baking for a few years before landing her job at the Vert Fourchette.