New traffic lights and a new website for Hawkesbury 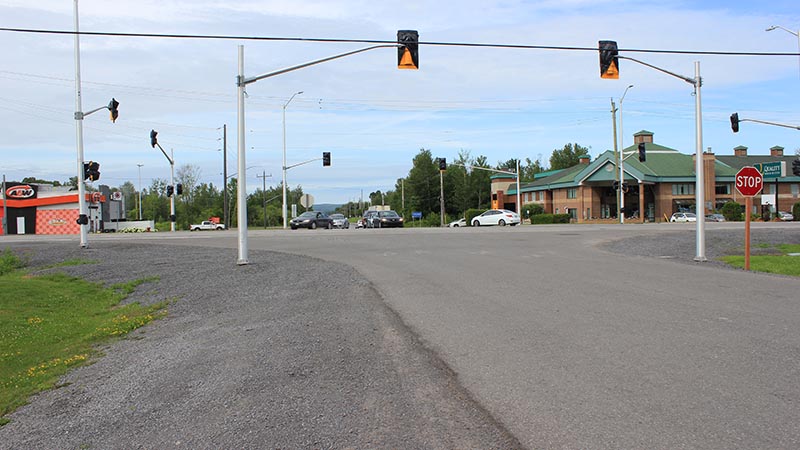 Clarification : County Road 17 now has a 70 km/h limit in front of the Harden development instead of the previous 50 km/h limit. The project for the new traffic lights on the corner of Tupper Street and County Road 17 was approved and managed by the UCPR.

The decision from Hawkesbury council to slow down the traffic in the area was met with mixed reactions. But Mayor Jeanne Charlebois reiterated that it was for the safety of everybody and that she would rather see people lose one minute of their time than their lives.

The corner of Tupper and County Road 17 has seen many accidents in the past. The new traffic lights will enable drivers coming south on Tupper to make safer turns onto the County Road 17. The project had a budget of $75,000. The Town of Hawkesbury had to pay 25 per cent of the cost, as did the Township of Champlain, while the United Counties of Prescott and Russell picked up the other 50 per cent since it is in charge of county roads.

“For us it’s a no-brainer, a traffic light is always better than stop signs at controlling traffic, especially on a busy road like the County Road 17 where there are a lot of businesses. The safety of the public is always our priority and we always support city councils in making their town more safe for both drivers and pedestrians,” said Constable Jason Chénier of the OPP.

There is also something new in the virtual world of Hawkesbury. Its new website, built by Chabo Communications & Design, was launched last week. The website was initially $25,000 in 2016 and a budget of  $5,292.60 was added in 2017 bringing the total cost to $30,292.60. Residents can visit the new website at www.hawkesbury.ca. 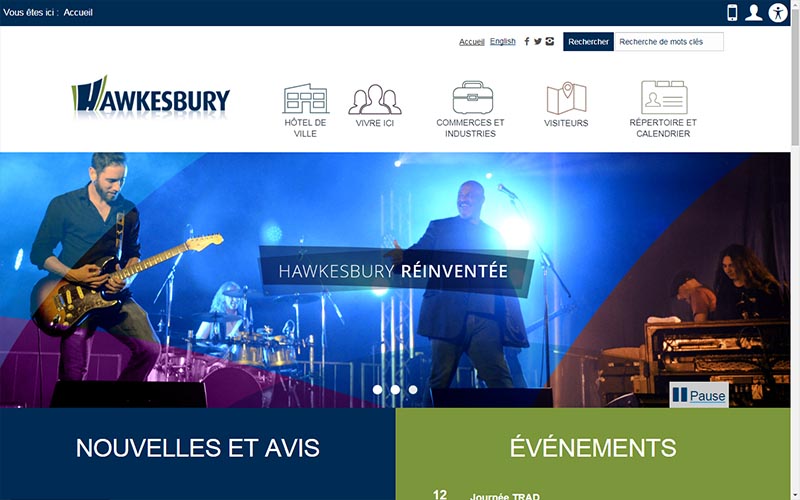