Industrial and residential zones don’t always get along 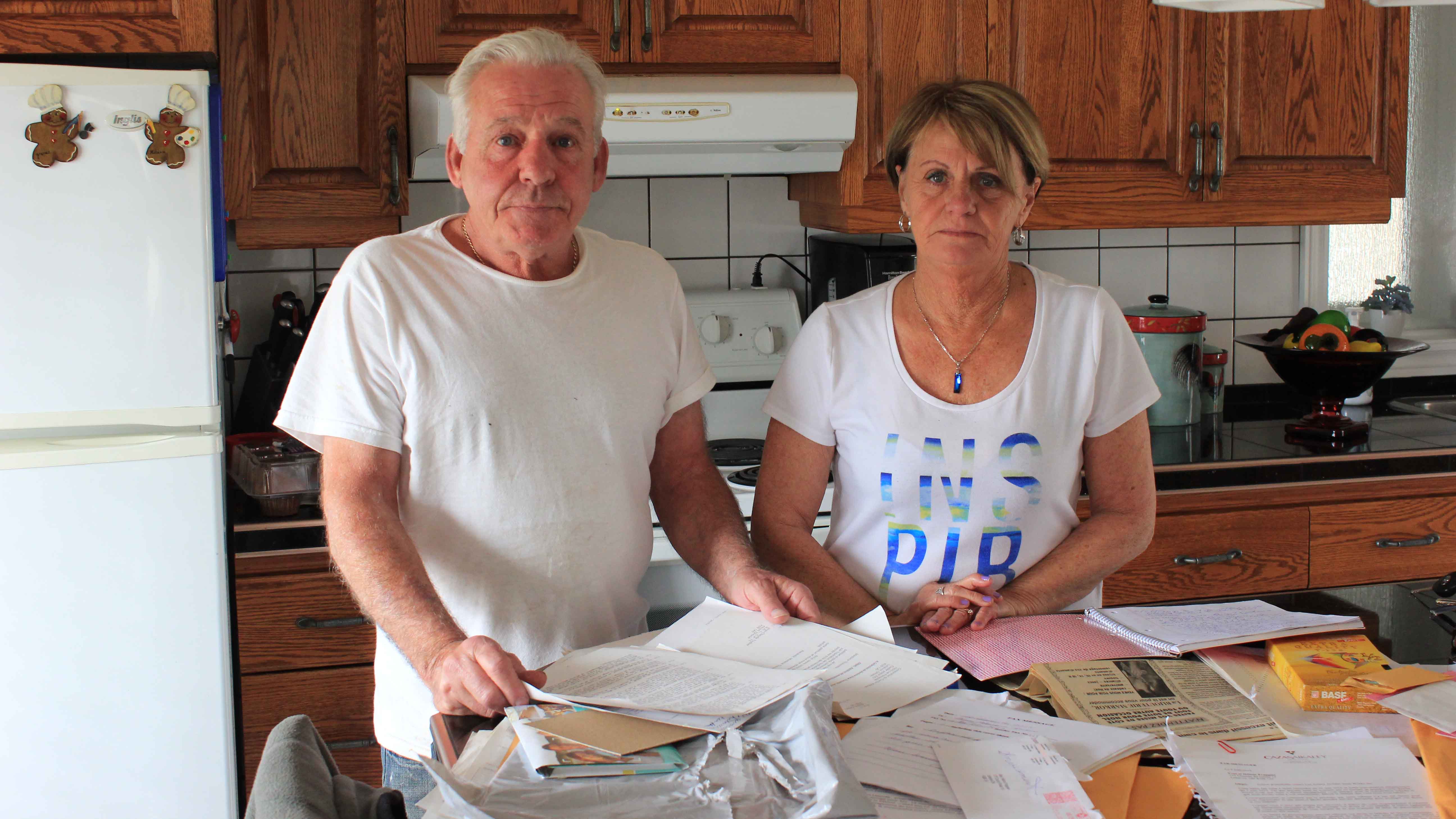 Yves and Hélène Frappier say they have had enough. They have spent the summer away from their Alfred-Plantagenet home located on County Road 15 for the past few years.

For the past 24 years, the Frappier family says it has had to put up with dust on the balcony and the siding of the house, non-stop noise all through summer and odours emanating from the building. They are discouraged.

Aldan Steel Works is located 7 metres away from the Frappier residence. For Yves Frappier, it is inconceivable that such a company can operate so close to a their home.

“We’ve been told by some people that we should just move away, but who’s going to buy a house 20 feet from away from that company?” exclaimed Yves Frappier.

Aldan Steel Works gets its metal beams delivered to the location and paints and prepares them for use in construction. The noise made by the deliveries, along with the paint smells and residue is what is keeping the Frappiers from spending their summers at home.

Aldan now has a ventilation system, installed after complaints were filed by the Frappiers, who still believe that not enough effort has been made to mitigate the negative impacts.

Hélène Frappier has been complaining to Environment Ontario and South Nation Conservation for various reasons since 1996.

Complaints had been made about many reservoirs being used as septic tanks buried behind Aldan. John Mesman of South Nation Conservation (SNC) confirmed that Aldan complied with their request to remove the five reservoirs.

Their story began when Hélène Frappier’s brother-in-law bought the old cheese factory , now Aldan Steel Works, back in 1973 he then sold the house next to it to the Frappiers. Back in those days, the zoning of the cheese factory property was RU-2, a general rural restrictive zone.

The Township of Alfred-Plantagenet, following the tax takeover of the building in 1983, changed the zoning from rural to industrial.

Yves Frappier says this was mistake, since the lot does not have the proper dimensions for this type of zoning.

“I bought my house knowing that there would be a business next to it, but not that type of industry. The issue comes from that damn zoning. We tried to go back in the past and see clearly what happened with the zoning but the municipality doesn’t want to look back, in case they see a mistake, to avoid any problems.”

The Township of Alfred-Plantagenet will not comment on this issue. 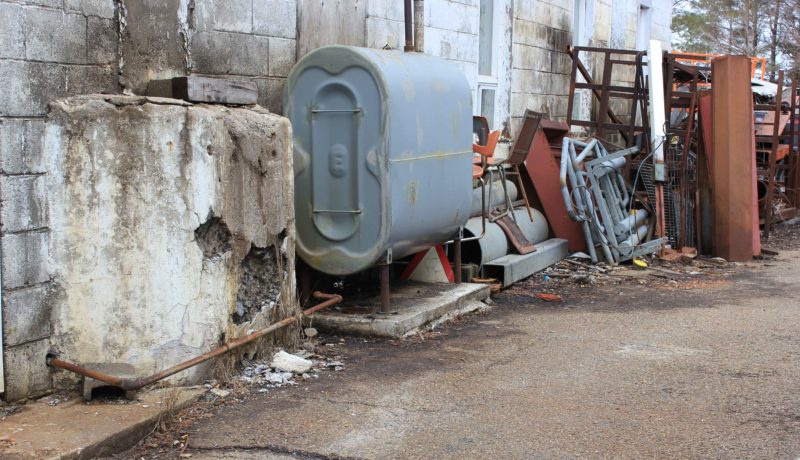 Some of the outside storage including an old oil tank right next to the Frappiers’ residence. 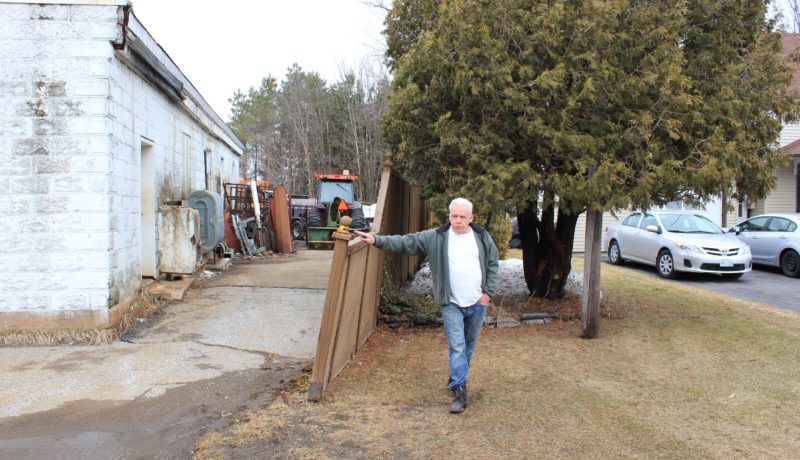 Yves Frappier standing between the properties. We can clearly see how close the two properties are to each other. On his side is zoned residential and on the other side of the fence is zoned industrial.

Zoning issue going back over 30 years

The zoning issue is quite complex and would require the Frappiers to hire a lawyer to challenge the Township. They are afraid that some products, like oil that escaped from a tank recently, could have contaminated or will contaminate their soil.

“We did everything we could to accommodate ourselves, adds Hélène Frappier.

“We installed a sound-proof fence, we asked them to close their windows when they paint because they still paint with the doors and windows opened! We are at the end of our rope. We don’t know what to do to regain our quality of life”.

According to the UCPR official plan section 2.4.3.1, a light industrial business needs to be at least 60 meters away from a residence. The only exception is if the industry has zero or negligible emissions and that it has no outside storage.

According to the pictures submitted to us by the Frappiers, there seems to be some storage on the land behind the Aldan building and heavy truck activity.

Daniel St-Jean of Aldan Steel Works is aware that his industry is very close to the Frappier home.

“We know we are very close to them, but we get inspected quite regularly and we always comply with the demands and requests of the various organizations. Again, it is sad that they are very close to us, but we must operate our business”.

For now, Frappiers will continue to spend summers away from home because of a zoning change made in the 80s. When The Review contacted Alfred-Plantagenet Mayor Fernand Dicaire, he reiterated that neither the Township nor himself would comment on the matter.