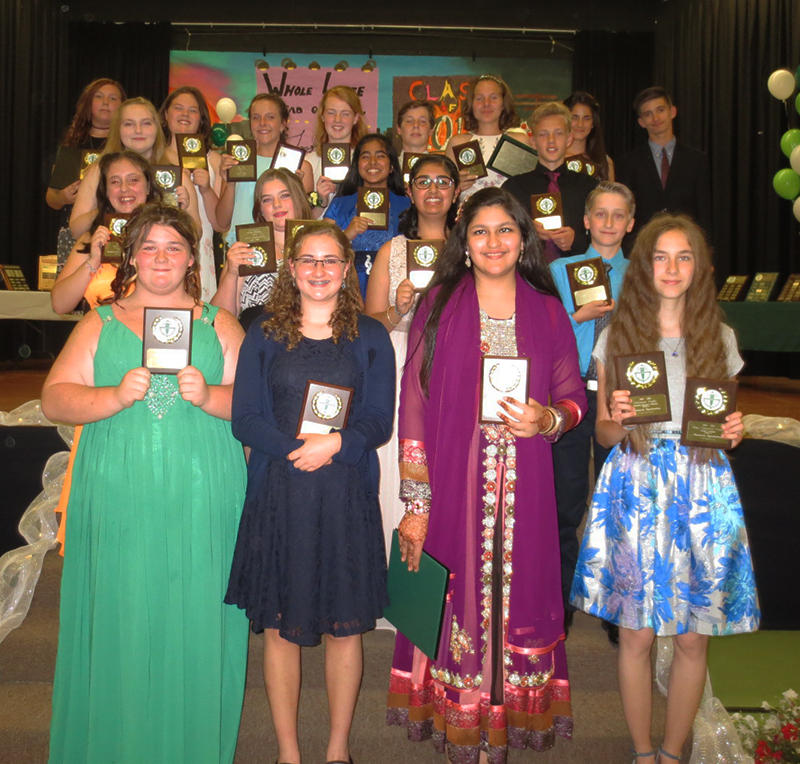 Pleasant Corners Public School (PCPS) held its graduation ceremony on Tuesday June 27. Several students were awarded trophies for their achievements during the school year. The award winners were as follows: 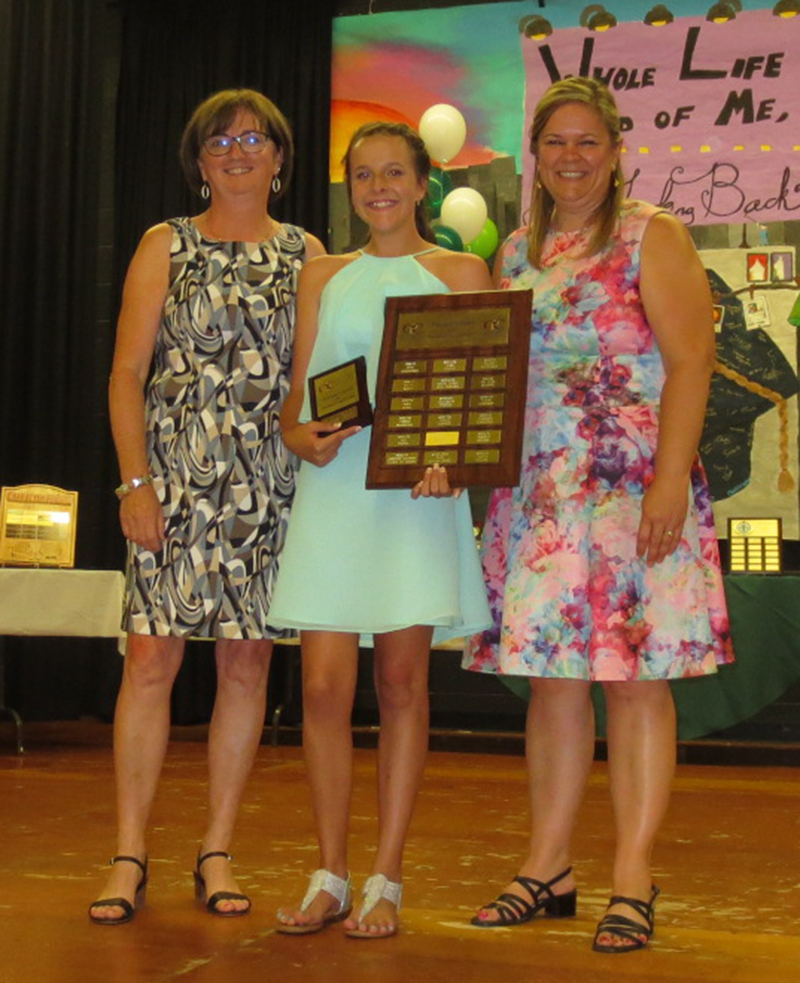 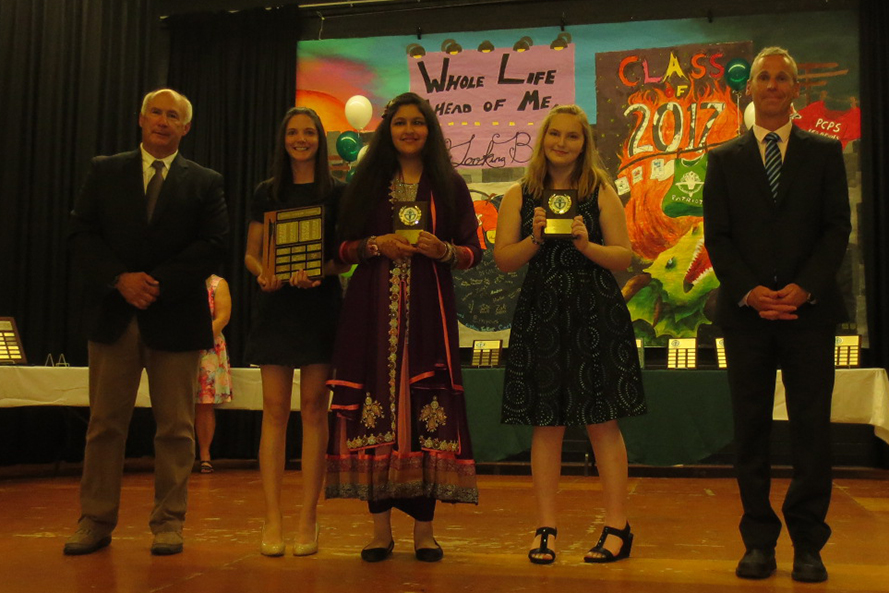 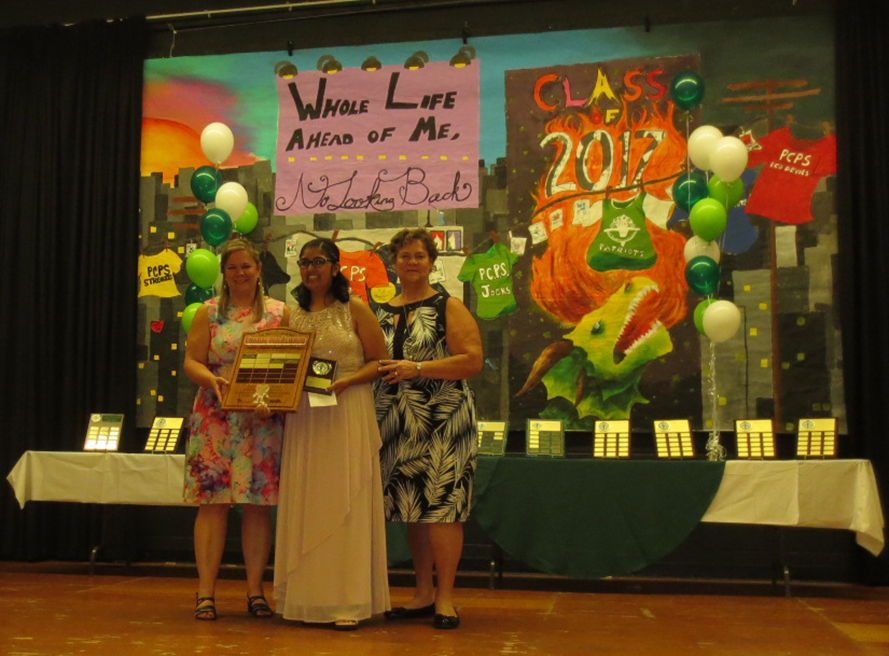 Maya Saini receives the Trustee’s Award for Character Education, presented by principal Dominique Bertrand (left) and School Board Trustee Carol Carkner against the backdrop of a mural painted by the eighth grade students to commemorate the occasion. 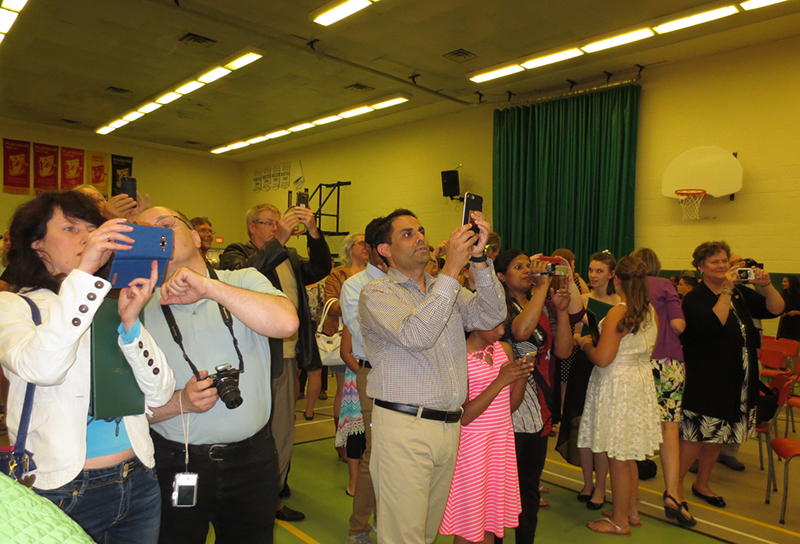 A short photo session as the students were presented with their awards. 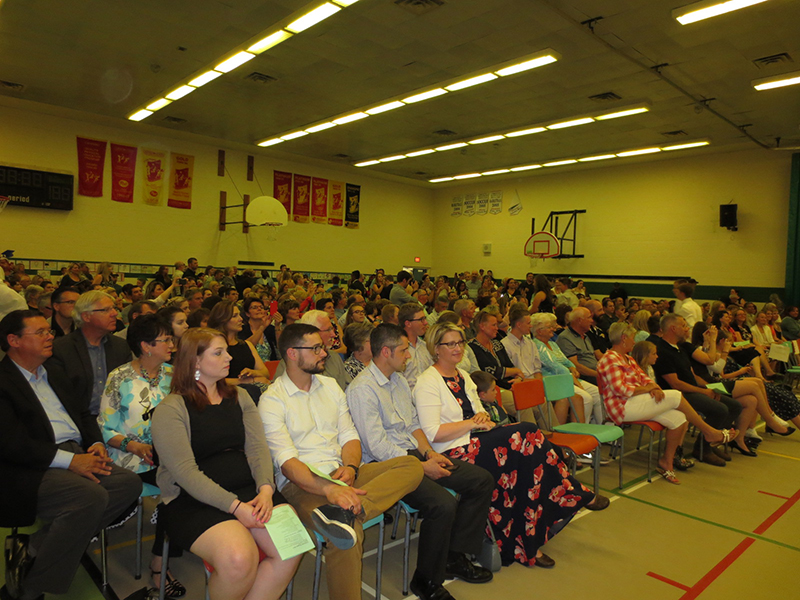 Friends and family sat proudly by their graduating students.