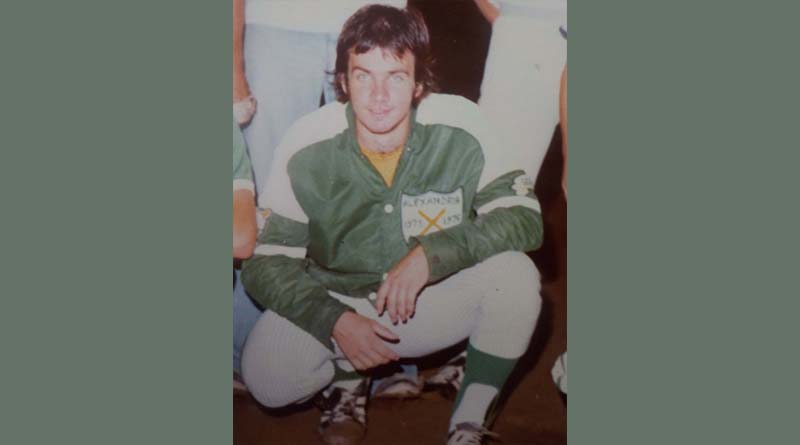 Born April 13, 1955, Serge Vaillancourt is the fourth of five children, and was raised in Green Valley and Alexandria.

He won many awards for an array of sports including fastball, where he was named rookie of the year in 1969 while playing in the Alexandria Men’s Fastball League as outfielder. He was 14 years old.

The following year he started pitching in that league and won multiple most valuable awards.

As the sole pitcher on the team, he proudly represented Alexandria in weekend tournaments throughout Eastern Ontario and Western Quebec.

Award after award followed while the team took first place championships over the next ten years.

In 1979 he joined the highly competitive Cornwall Sportsman Fastball League. The same year he declined to sign a contract to pitch exclusively in the Ottawa Metro Senior League.

Some of his pitching highlights include being called from left field when playing with Alexandria.

“I pitched the last four games and we were already losing 3-0,” he says. “We ended up winning the best of seven series.”

Other memorable games include having 21 strikeouts during his second year in Cornwall.

During a pitching game against the renowned four-man team, Jack and Jesters, Vaillancourt was asked not to pitch so hard, to reduce his level of drop ball and riser.

”The said they couldn’t put on their show because no one could hit the ball,” he remembers.

He pitched many perfect games, including one on live TV for the Quebec Finals. Up to 10,000 people turned out to watch another game in Thetford Mines. Vaillancourt eventually won the Jim McCaffrey Trophy as Glengarry County’s outstanding athlete around 1980.

But that’s not all. He coached high school football and volleyball. While coaching badminton, his team won EOSSAA (Eastern Ontario Secondary School Athletic Association). In alpine skiing, which he also coached, the team won a Prescott-Russell competition and in golf, they won the SD&G (Stormont, Dundas and Glengarry) series. He played for Alexandria Junior B Glens at the age of 15 in 1969-1971. They won the championship that year. He also helped win other awards while playing badminton for GDHS and playing quarter back for the junior team.

In 1979, he graduated from University of Ottawa with a Bachelor of Science with a major in mathematics and a Bachelor of Education degree. From 1979-2011, he taught math, science, and physical education at Vankleek Hill Collegiate Institute.

And his talents extended beyond Quebec and Ontario. For close to four years, from 2011 until 2014, he taught pre-university calculus at Sunway University in Malaysia. While there, he organized intramural badminton.

“Some of the players were on the state team in a country often ranked number one in the world in the last decade,” he said.

He was also a member of the Alexandria Richelieu Club from 2000-2005 and was president in 2003-2004. Now retired, he enjoys travelling, golf, pickleball, cycling, weight training, carpentry, reading and, of course, spoiling his grand children.

The induction ceremony will take place August 16 in Maxville.