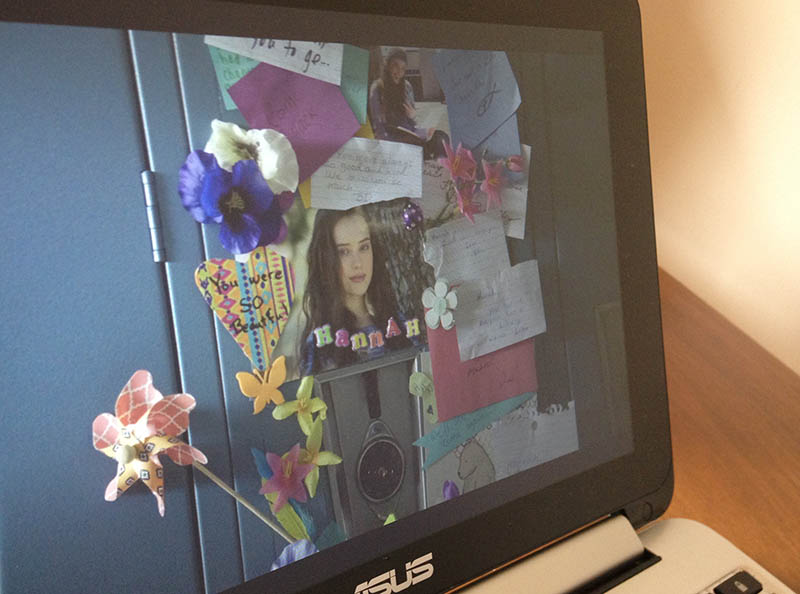 A screenshot from Netflix’s “13 Reasons Why.”

The Sir Wilfred Laurier School Board, which runs Laurentian Regional High School in Lachute, issued a warning for parents about 13 Reasons Why, a Netflix show.

The show is about Hannah Baker, a high school student who dies by suicide. She records cassettes describing 13 reasons for her death, directed at the people she says are responsible.

“I didn’t see it myself, but I understand it’s quite graphic, so we wanted to give a heads up to parents,” said Christina Shousha, principal of Laurentian Regional High School (LRHS). “And I’ve recieved, since we sent out the memo, several emails back thanking us for giving them the heads up, and (saying) they would talk about it with their children.”

The show has not “come up as a topic of concern” specifically at LRHS, said Shousha. “It’s more a preventative message that was sent out to all the parents in the school board.” 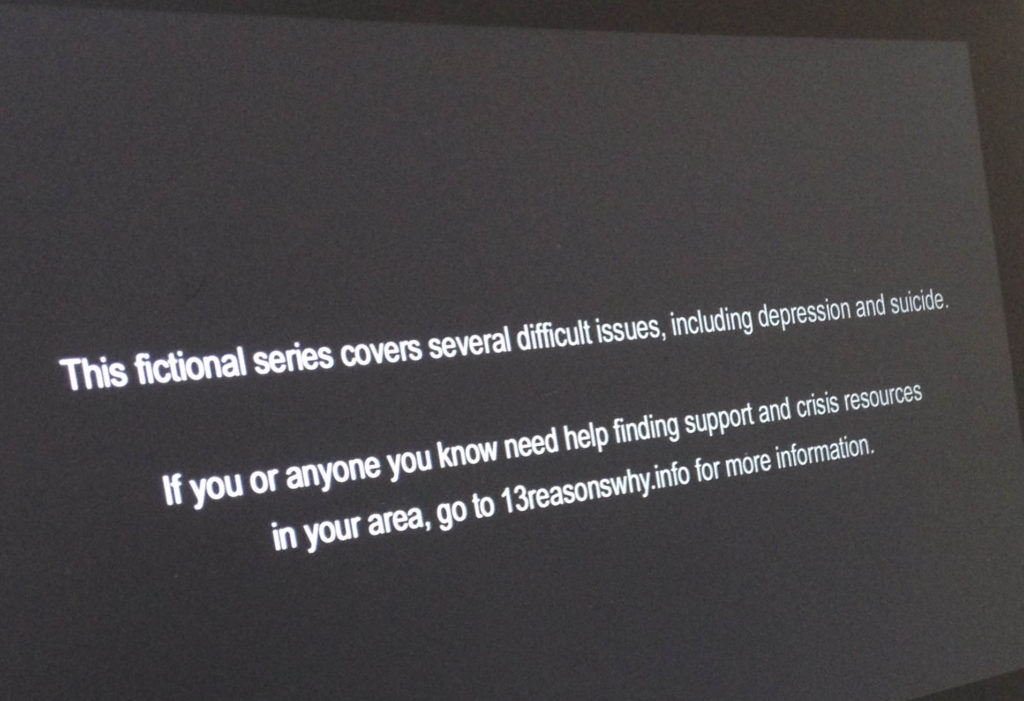 A warning was added ahead of every episode of 13 Reasons Why.

The letter, dated May 3, warns parents 13 Reasons Why should not be seen as a suicide prevention resource. “Suicide behaviour is complex, nuanced and often involves mental health issues,” it says. The show includes graphic scenes of sexual assault and suicide. “Certain scenes may increase a young person’s degree of vulnerability,” says the letter.

It suggests parents and children should discuss the show, and that having a discussion about suicide does not increase the risk – “on the contrary, it creates the opportunity to offer help.”

Critics of the show have said it glamorizes suicide – and the school board letter says parents should “make sure suicide is not perceived as a romantic or heroic gesture, or an inevitable action to end the suffering.”

The school board letter cites the National Association of School Psychologists, which recommended against “vulnerable” young people, including people who any history of suicidal ideation, watching 13 Reasons Why.

“Its powerful storytelling may lead impressionable viewers to romanticize the choices made by the characters and/or develop revenge fantasies,” says an article posted on the association’s website.

The association says the show isn’t all bad – “many youth are resilient and capable of differentiating between a TV drama and real life,” it says, and “what it does accurately convey is that there is no single cause of suicide.” However, it says 13 Reasons Why does not emphasize a few important points: suicide is never a solution, and it is preventable.

Netflix, in March, added warnings ahead of each episode of the show. The warning reads, “This fictional show covers several difficult issues, including depression and suicide. If you or anyone you know need help finding support and crisis resources in your area, go to 13reasonswhy.info for more information.”

Sir Wilfred Laurier School Board is not alone in its concern about 13 Reasons Why. At the end of April, Metro News reported Ontario’s Ministry of Education warned school boards against using the show in the classroom, pointing out survivors cannot be blamed for suicide and raising concerns about the depiction in the show of an unhelpful school guidance counselor. The Ottawa-Carelton District School Board published a letter for parents, saying 13 Reasons Why “sensationalizes the act of suicide.” The Hamilton-Wentworth District School Board, on April 21, also published a similar warning.

The Prescott-Russell Crisis Team is available at all hours, and is for people aged 16 and older. You can call for yourself or if you are worried about someone else. Crisis Team Workers may also be able to make home visits. Call 1 866 996 0991.

The Child, Youth, and Family Crisis Line for Eastern Ontario is for people under 18 years of age and families. The service is available 24 hours per day. Call 1 877 377 7775.

The Kids Help Phone Line is available for people 20 years old and younger. Counsellors are available to discuss all kinds of problems, big and small. Call 1 800 668 6868.

Sir Wilfred Laurier School Board warning by TheReview on Scribd