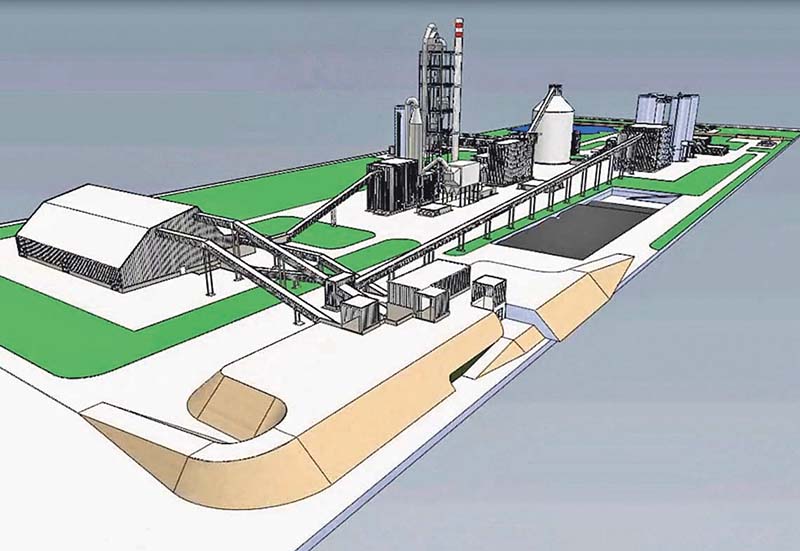 Last Wednesday, a spokesperson for Colacem Canada said it had not yet decided whether or not to file an appeal of Champlain Township’s decison not to approve a zoning change which would pave the way for a cement plant outside L’Orignal. The spokesperson, Marc Bataille, said it appears Colacem, and its many studies, had been misunderstood by residents and by Champlain councilors. But residents, and now council, didn’t oppose the plant because of a misunderstanding.
This isn’t a story of a company communicating poorly – and it’s not a case of company submitting shoddy studies or bending rules. Instead, it’s about whether residents of Champlain Township are comfortable with the level of risk a cement plant would bring.
The Eastern Ontario Health Unit’s review of the health risks associated with cement plants criticized some studies cited by cement plant opponents. It did not find proof of a connection between cancer and cement plants. But,  Dr. Ray Copes, head of environmental and occupational health for Public Health Ontario, said air pollution is undeniably bad for your health. “Right now, air pollution in Ontario overall is associated with, in my opinion, significant risk to health, and I’m not aware of any level of air pollution we could point to and say this is a level of air pollution without any risk whatsoever,” he said.
The United Counties planning report, released last week, which recommended approving Colacem’s request, said something similar. “The overall air quality in the region is the number one concern (expressed by residents),” it said. “No one can deny that the air emissions produced by a cement plant are toxic and this is of great concern to the population of the region.” However, Colacem has submitted studies showing it would operate within provincial regulations.
This information probably didn’t clear anything up for the elected officials responsible for making the decision. After all, if we wanted no air pollution, we’d have to get rid of cars along with cement plants. On the other hand, it would be difficult to tell a concerned resident that approving the plant was the right choice when even experts say it will produce toxic emissions.
Champlain Township council ended up on the side of the cement plant opponents. There’s nothing to suggest a misunderstanding of Colacem’s studies. There was not necessarily a clear right or wrong answer on this issue, and so councilors made a judgement call based in part on public input – which is what we should expect from our elected representatives.
Unfortunately, as Champlain Mayor Gary Barton mentioned at the beginning of last week’s meeting, an Ontario Municipal Board (OMB) appeal is possible. An appeal won’t require Colacem to launch another public relations campaign, because the decision won’t be made by local residents. Obviously, we don’t know what might happen at the OMB.  But, a 2009 study called “The Ontario Municipal Board and Local Politicians in Toronto” by political scientist Aaron. A. Moore found Toronto generally didn’t fare very well when it took the side of local residents in rejecting a planning proposal, when there was “minimal planning rationale against the proposal.”
Since the local government has rejected this proposal, Colacem should not appeal. It’s true that the United Counties’ planning expert recommended approving the changes, but if that’s the only important consideration, why bother having a vote at all? After months of meetings and public consultations, Champlain Township decided not to allow the project. Despite the decision at the Counties, that should be the final word on the subject.