Time for action in Alfred 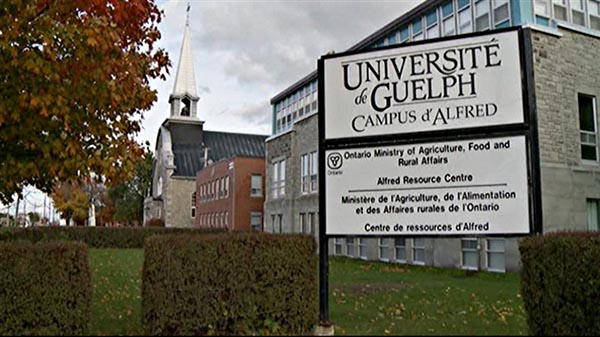 Last week when  local mayors were presented with a new plan for Alfred campus, many were sure to reiterate the United Counties’ position on pitching in financially. The Prescott-Russell mayors don’t want to pay for improvements at the campus – and with good reason. The counties have been willing to advocate for the campus, and it’s hard to imagine success at the campus without strong local participation. But we should expect the province and federal government will step in with funding.
By now, years after the University of Guelph announced it would pull out of Alfred, solutions for the campus have been studied and re-studied. The latest report details a proposal for a community hub and a Centre for Innovation and Transformation in Agriculture, neither of which are completely new ideas.
The first report published after the University of Guelph left, known as the Godbout report, suggested creating an Agri-Food Training Innovation and Processing Centre. The acronym is different, but the way it’s described in the report, as an “incubator” for businesses, it isn’t so different from the Centre for Innovation and Technology in Agriculture now proposed.
The amount of money requested isn’t exorbitant: $5.5 million for operations over five years, plus $1.8 million for capital improvements. Local partners would be responsible for the project, including ownership of the land and buildings, and the idea is to be self-sufficient by the sixth year.
The plan may not be perfect: you could question, like Hawkesbury Mayor Jeanne Charlebois did, if we can really count on the estimated economic benefit from the project included in the proposal. You could also worry, like Russell Mayor Pierre Leroux, what will happen if enrolment numbers are disappointing in the coming years. The people in charge of the community hub will be under pressure to attract clients and fill up the space with rent-payers in order to make the project self-sufficient after six years, and we’re not really sure how hard or easy that job will be.
There are many moving parts in the plan, and many ways it could go wrong. But, it’s hard to imagine we’ll have a better plan in a year. Eventually, if you want to have a chance of success, you have to stop planning and start building. The proposal says it’s hoped the provincial and federal governments will cooperate so agreements in principle can be made by March, 2017, and the hub can open in September of 2017. The province and federal government should work hard to meet these deadlines.
If and when funding is awarded, it will just be the beginning. At that point, involvement from local partners like the United Counties of Prescott and Russell, including possibly relocating some offices to Alfred as suggested in the report, will be crucial. Alfred College may not get another chance.