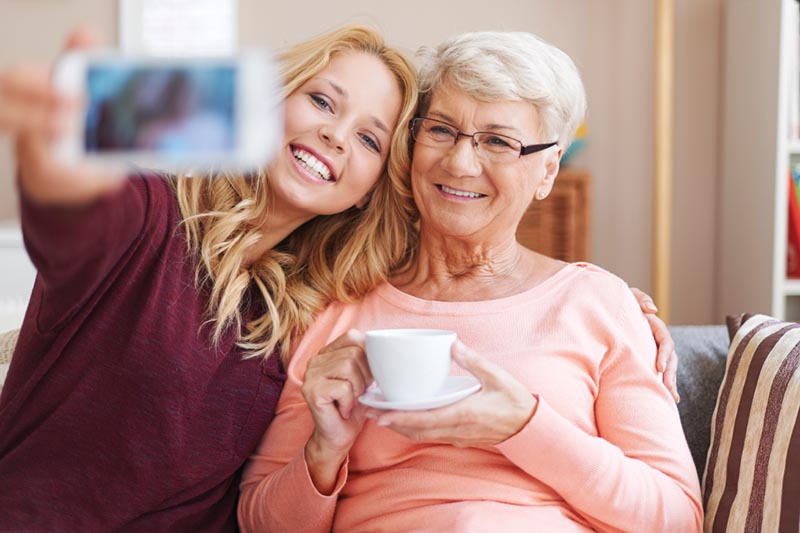 The developer of iResident is the first to admit not everyone is immediately convinced by his idea: a messaging app for residents of care homes who may not be able to communicate regularly with family otherwise. Terry Billingsley says he has faced some resistance from people who don’t believe seniors in care homes will be willing or able to learn how to use an app, and questions from people who worry internet chat will replace real-life visits. But his idea was founded in real-life experience with his late wife and his mother, and he calls his messaging app a “door-opener,” not a miracle solution.
The social isolation of seniors is a well-documented problem in Canada. A report from the National Seniors Council (NSC) said social isolation among seniors “can cause communities to suffer a lack of social cohesion, higher social costs, and the loss of an unquantifiable wealth of experience that older adults bring to our families, neighbourhoods and communities.” The report says isolation puts seniors at a higher risk of abuse, fraud, and unhealthy lifestyles.  About one in four seniors suffers from dementia, anxiety, or depression, and between 10 and 15 per cent of people aged 65 or older suffer from depression, it said, a number which climbs to 44 per cent for seniors living in residential care homes.
A report from the Ontario Trillium Foundation called “Ontario’s Aging Population” said “ensuring that older adults stay socially connected” is essential in preventing social isolation. That’s a critical mission, it said, because “data from the Canadian Community Health Survey show that seniors who report a strong sense of community belonging are 62 per cent more likely to be in good health.”
The NSC report lists many risk factors for social isolation, including inaccessible public washrooms and ageism in the community. Also included is a discomfort with technology, including the internet and social media.
Our community already has many great organization that serve seniors, whether it’s running day programs or organizing vacations for older adults. But what’s interesting about iResident is that if only seniors in care homes are involved, it won’t work. Having it embraced and actually using it depends not only on the senior, but also on family and friends. Perhaps unlike programs designed uniquely for seniors, iResident is a way of bridging the gap between generations by adapting social media, which is practically universally embraced among younger people, for more elderly people.  Billingsley says he believes it will encourage more people to actually go and visit relatives.
The idea of bringing together generations is something that resonates with people: The Review recently shared a video on Facebook about a program in Holland that saw university students living in the same building as 80 and 90-year-olds. They don’t pay rent, but are asked to spend a certain amount of time with their elderly neighbours. The idea is to reduce loneliness and isolation among seniors, but perhaps the video has been so popular on Facebook in part because younger people can also see the benefit in connecting with another generation.
The app is being piloted at the Prescott-Russell Residence, and won support from the United Counties council. Hopefully, iResident will have a successful first run at the residence. The social isolation of our elders could affect us all, one way or another, if we don’t come up with solutions.